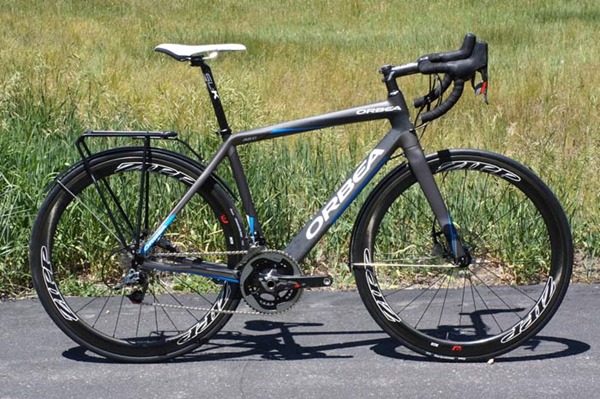 Our friend Carlton Reid over at BikeBiz.com posted an article about a high-end carbon fibre “commuter bike” (pictured above). 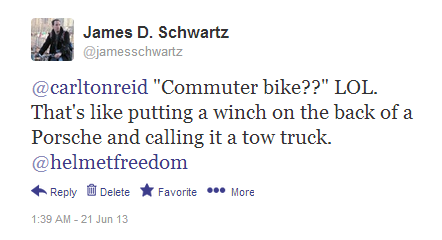 This article has been updated from its original version to add additional commentary.

But call a spade a spade. If a bike’s primary purpose is for racing, it’s a racing bike. A road bike with fenders is still a road bike.

But I would have chuckled in the same way if I came across an article on the Internet that claimed “Bauer creates high end commuter skates” and displayed a photo of $1,500 hockey skates. Sure, you can use those hockey skates for commuting, but branding them “commuting skates” is misleading.

There seems to be a perception in North America that road bikes, riding gear, and showers are required for distances longer than say 5km. My friends in the Netherlands don’t think twice before hopping on their heavy Dutch bikes and commuting 12km to their office.

I believe this perception is detrimental to expanding bicycle transportation in North America.

I regularly commute more than 10km on my heavy Batavus Dutch bike, often with steep inclines along the way (my Batavus has 5 speeds). I have also done the 22km trip to the airport on my bakfiets cargo bike many times without issue.

Below are a few photos of utility bicycles that are designed primarily for commuting. Sure, you could race one of these bikes, but I would be reluctant to brand these bikes as “racing bikes”. Heavy Dutch bicycles are fully capable of riding on the road, but I wouldn’t brand them as “road bikes”. 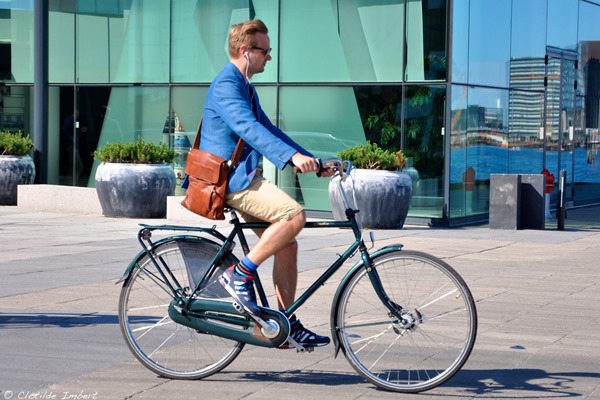