Dear Vancouver: Riding A Bicycle In Normal Clothes Should Not Be A Defiant Act Of Rebellion 12 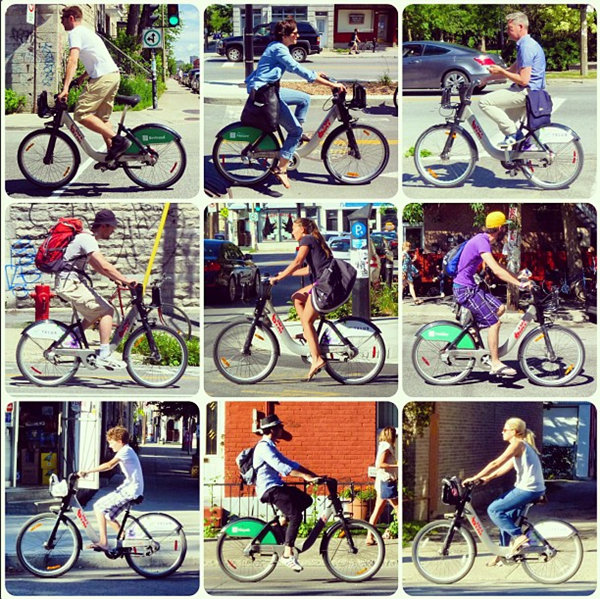 Our friend Chris Bruntlett recently returned to Vancouver from a vacation that included stops in both Toronto and Montreal. In an article in Hush Magazine, Bruntlett elegantly summarizes his travel experiences while lamenting Vancouver’s sport/recreational bicycling culture and British Columbia’s unfortunate all-ages mandatory helmet law.

“The simple act of getting on a bicycle in normal clothes (and nothing else) remains a defiant act of rebellion; one that invites strange looks, unsolicited safety advice, and the occasional traffic stop by the Vancouver Police Department. It is a remarkably frustrating and isolating experience, shoehorning those who do cycle into the all-pervading sporting paradigm. Worse still, it turns many away from cycling altogether, wrongly believing that dropping $300 at Mountain Equipment Co-op is a prerequisite to even giving it a try.”

Chris conceives a vision for Vancouver that blends its widespread bicycle infrastructure and supportive political climate with a normalized regular citizen bicycle culture that he experienced in Toronto and Montreal:

“Toward the end of our stay in Toronto, my wife and I were taking a morning stroll along Dundas Street, when we witnessed the most amazing sight: an elderly Italian man, dressed in his Sunday best, dragged a rusty old single-speed out of his garage and onto the street in front of us. Without missing a beat, he hopped onto it and pedaled down the road, undoubtedly making his weekly pilgrimage to church. This is something we just don’t see here, and won’t until we accept the bicycle as a means of transportation, and not just recreation.

“It is hard to overstate how our unnatural obsession with head protection is stifling the growth of our bicycle culture. It achieves little, except deterring the most casual cyclists, who also happen to be the slowest and safest ones on the road. Shaming and/or fining those who take this relatively minor risk isn’t going to get them in a plastic hat: it’s going to stop them to stop cycling. There’s a reason both Ontario and Quebec considered, and rejected adult bicycle helmet laws: the myriad benefits of cycling (even bareheaded) far outweigh the risks”

And Chris points out that when the people take to the streets, an everyday bicycle culture featuring normal clothes can spawn even in cities that lack proper bicycle infrastructure:

“the lack of infrastructure are no longer valid excuses, as many cities around the world are doing far more, in conditions that are far worse.”

Please take the time to read the full article. Chris has a marvellous way with words, and a wonderful vision for his own city and the world.

12 thoughts on “Dear Vancouver: Riding A Bicycle In Normal Clothes Should Not Be A Defiant Act Of Rebellion”