A 9-person panel that was mandated by President Bush has concluded that the United States Intelligence agency was “dead wrong” in its assessments of Iraq’s weapons of mass destruction capabilities before the U.S. invasion. The report also expresses misgivings about U.S. intelligence on Iran, North Korea, china and Russia. The report calls for a complete transformation of the intelligence community, which it described as “fragmented, loosely managed and poorly coordinated.”

Bush praised the commission for presenting an “unvarnished look at our intelligence community.”

In my opinion, this is a major blow to Bush’s credibility at the International level. Now more than every, Bush’s accusations toward other countries will need to be scrutinized. How can his accusations toward Iran be deemed credible when his own panel has affirmed that the CIA is “fragmented, loosely managed and poorly coordinated”. When he claimed that Saddam had weapons of mass destruction, I among many others didn’t believe it was true, and it has since been proven false over and over again. But many people all over the world believed him. Will they trust Bush when he claims another country is developing weapons of mass destruction?

In the future I don’t think his accusations toward other countries will be used as a pretext for war. It sounds to me like Mr. Bush will need to think up a new strategy. By the time the CIA is reformed into the ideal organization they recommend it should be, Bush will be long out of the office. 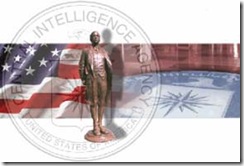