Having the ability to defeat the terrorists requires a solid understanding about why terrorists are doing what they’re doing. Modern history can explain a lot about the terrorist mindset and you can even understand the reasons for their hate and resentment toward others. Often times the “blow them out of the water” mentality only worsens the situation and lowers one’s self to the terrorist’s standards.

After the bombings yesterday, Tony Blair made it very clear that vast majority of Muslims are good people and law-abiding citizens. For political reasons, he needs to make this point very clear because in the past his friend George W. and the US Media has profiled Muslims as terrorists. I’ve heard about horror stories from at least half a dozen brown people passing through customs at the airport and how they are targeted and never given the benefit of the doubt and are treated as though they are terrorists.

I was somewhat surprised that London was bombed, since England has a very large number of Arabs living there. But after thinking about it I realized that it’s a much easier way to get back at the US and Iraq-war supporting countries. I was in New York and Washington DC last weekend and there were what appeared to be the SWAT team standing on top of the White House guarding it. One of them had hand held binoculars and he was walking around the rooftop looking through his binoculars in each direction. The other one had a tri-pod that could have been a gun on it or possible another pair of binoculars. I also visited the Liberty Bell in Washington and entering the building to view the bell felt like entering an airport. I had to empty all my pockets and even take off my belt just to get through the metal detectors. 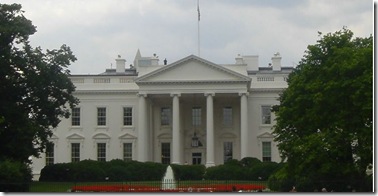 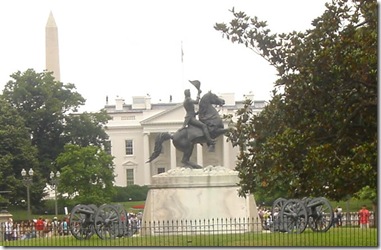