Two of my buddies who both left around September last year have returned to Ontario for the first time since leaving. Mark moved to Shanghai and Tim moved to Vancouver. I spent some time over the last week hanging out with them and catching up.

One thing that Tim always gets a kick out of is the shock-factor of his friends when revealing something to us that he has been secretly hiding from us.

A couple examples of Tim’s “shocking” revelations was when he secretly entered the triathlon in Collingwood last August that I had signed up for. He kept it a secret the entire time and I didn’t find out until I actually saw him the morning of the triathlon in Collingwood. The second shocker was when Tim had accepted a job in Vancouver he had kept the interviews and the job offer a secret until only a couple weeks before moving to Vancouver.

The latest “shocker” Tim had for us this time happened on the weekend when I saw him for the first time in 9 months. He had been growing his facial hair for 9 months and the hair on his chin was so long that it was curling. It was extremely wretched, so we urged him to shave it off. He said that a number of other people also urged him to shave it off; I know that he kept it just to shock us. This point is proven by the fact that he was easily persuaded to cut it off, and within 30 minutes of us seeing it, it was gone, and he was almost back to normal (With the exception of the 9-month long hair, which seemed pretty long, but quite suitable for someone from BC). Mark on the other hand basically looked the same, although he lost quite a bit of weight and his hair was a bit shorter.

Here are some pictures of the repulsively vile scruff filled with living organisms on Tim’s chin. (I also threw in a few extra pictures from the Pearl Jam concert tailgate party the other week. 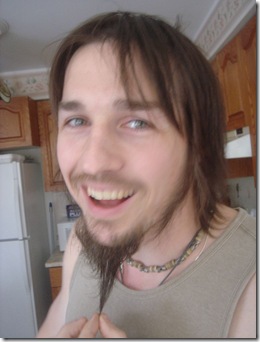 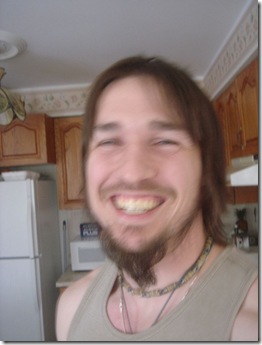 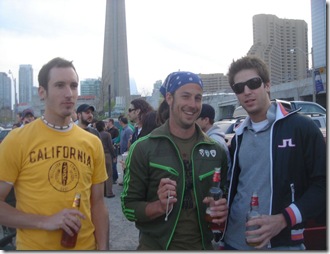 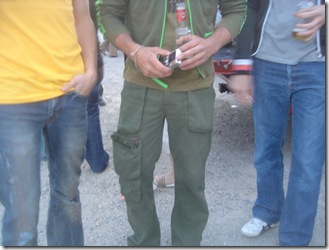 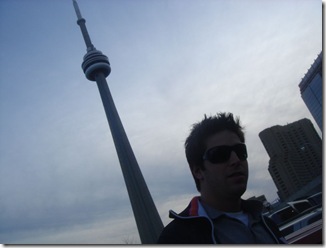 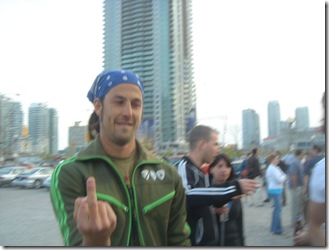