This is a special entry for me. It happens to be my 400th entry on this website and it’s also the 2-year anniversary of my site. My first blog ever was entitled “Beer Can War” where I wrote about a beer can war that took place 2 years ago at a NASCAR race.

Well tonight’s entry is also about the NASCAR race I just returned from a couple hours ago. Have you ever wondered what goes on at a NASCAR track on a Saturday night before the race? Well thousands and thousands of people camp at the track and people party pretty hard and there’s a sortof Mardi gras thing where guys swarm girls trying to get them to lift their shirts. Very intellectual I must say.

Anyway, my brother Tom and I were walking around last night but we didn’t want to take part in the “swarming”, so I thought of another way we can hang out and meet people and still have fun without being as perverted as the masses. So I took a “Sharpie” permanent marker, and asked a girl to sign her name on my brother’s chest. This idea turned out to be a hit. As a result, Tom got about 40 or 50 signatures on his body, and even a couple on his butt cheeks. He definitely enjoyed it and he got to meet lots of people.

In related news, I also gave my Dad the best Father’s day present he could ask for. I grabbed a bunch of race promotion girls over to get a picture with my Dad for his Father’s day gift. This idea also turned out to be a hit. I’m batting 2 for 2. Enjoy the pics! 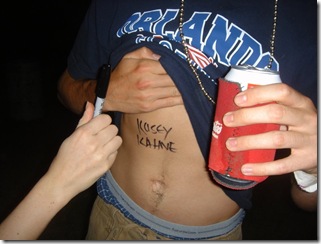 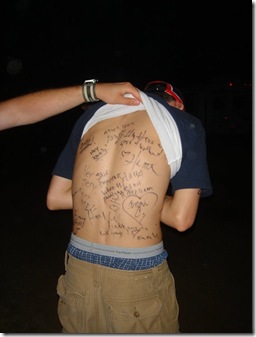 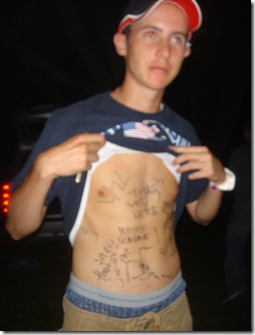 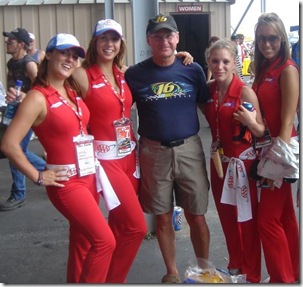