Last weekend we set out on our annual Algonquin camping/portaging trip. (See 2004, 2005, 2006) Shortly before the trip, we were told that we should all grow a moustache for the trip. Since I would require at least 2 weeks’ notice, I didn’t have enough hair to warrant shaving everything except the stache. But one of my fellow campers Glen had the bright idea to shave some hair off his chest and glue it on his face to make a fake moustache (See pictures below). I couldn’t look him in the eye on the first day because I couldn’t help but laugh out loud. (He complained about the hairs in his mouth when he was eating food)

The weekend was a lot of fun. It rained some, and it was pretty cold at night in the tent, but we made the most of it and enjoyed the 4 days in the wilderness. It’s always a shock coming back to the city after being inside Algonquin Park for 4 days.

By the last night of the trip, everyone had drunk all of their alcohol. Since I hadn’t had much to drink on the previous nights of the trip, I still had a full 26 ouncer of Fireball left. I tried to share some with the other guys but I have a suspicion that they wanted me to drink it all. Not being one to drink straight liquor, it didn’t take long for me to get into “happy” mode. I spent most of the night entertaining the rest of the gang by proxy of silly behaviour. I had spent 6 hours that day whittling a fire log into what I was hoping will eventually be a wooden knife. The guys entertained themselves by taking my stick and forcing me to search for it.

Enjoy the pictures and also check out the video of Mojo chasing a chipmunk over a cliff at the campsite. 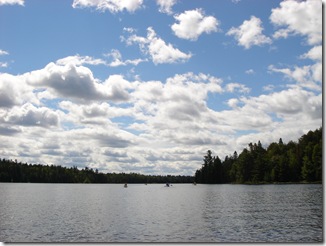 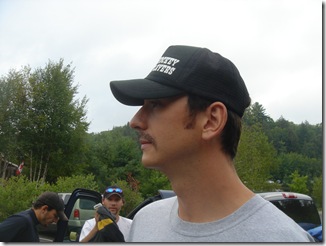 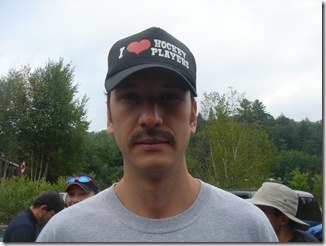 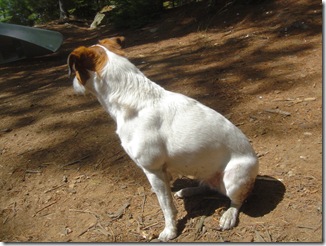 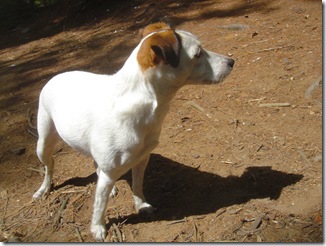 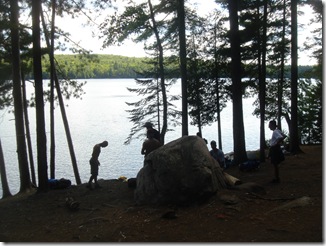 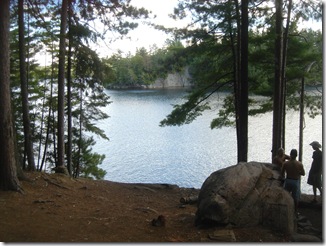 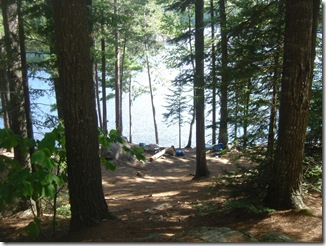 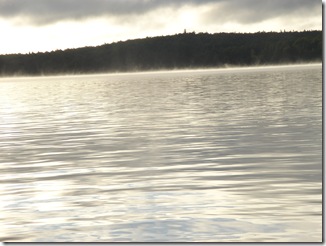 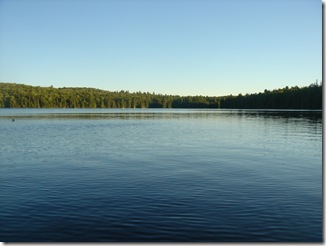 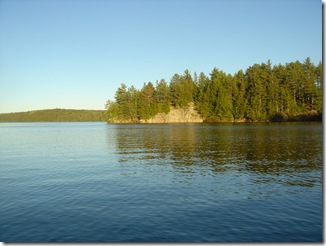 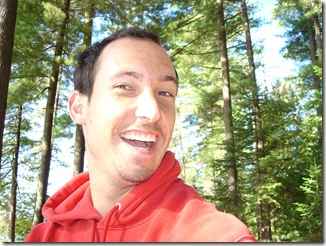 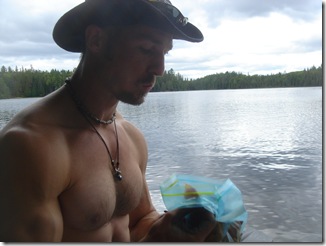 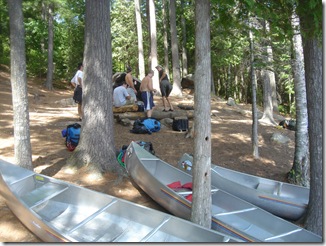 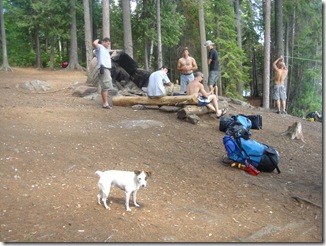 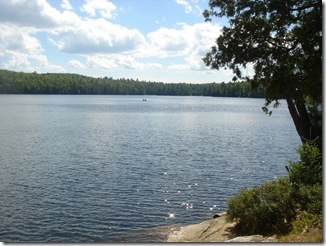 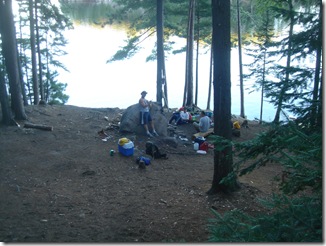