Today Han and I took our bikes on the Toronto island ferry and biked around the Toronto Islands. We toured extensively through the residential area of the Toronto islands (Algonquin and Ward’s island). I was immediately captivated by this quiet community that resembled something you would only see in a small town 1 or 2 hours outside of the city. Yet this community is only a 10-minute ferry ride from downtown Toronto; and the view of the city is spectacular.

I tried to comprehend how such a quiet and humble community with nice little country homes could exist in downtown Toronto without the rich people taking it over. At first I had thought that the houses were only available to the extended Ward family who first inhabited the island back in the early 1800’s.

I had a chance encounter with prominent island resident and author Peter Dean before he set sail on his windsurfing board, and he explained to me that there’s a waiting list to become a homeowner on the island, but it could possibly take decades (if you’re lucky) to get the opportunity to buy a house on the island.

After some research when I got home, I came to learn that a Corporation called the Toronto Island Residential Community Trust was setup in 1993 to oversee all sales and purchases of the 262 homes on the island. There is a list of up to 500 people whose names can be drawn in a lottery when a house goes up for sale. The person with the lowest number who is willing to buy the home gets the home. The land is leased on 99-year leases from the city and the new homeowner simply takes over the lease when they purchase a home. A homeowner pays only the value of the structure (since they don’t own the land). So typically you would pay on average $100,000-150,000 for a home on the island, plus the lease which would initially be a payment of $40,000-$57,000 for the 99-year lease. If you decide to sell the house, you will receive the current appraised value of the structure and you will also get back the unused portion of the lease. There are strict rules governing home ownership on the island; you have to live there the majority of the year (so it can’t be a summer home), you can’t rent it out, etc. So basically when you buy a house on the island, you’re not buying it as an investment to get rich; you’re buying it to become part of the community. You’re also allowed to transfer ownership to your spouse or your kids, but you’re not allowed to sell or give it to anyone else. Should you decide to sell and not give it to your kids or spouse, it goes to someone in the waiting list of 500 people.

The purpose of adding this level of regulation of island homes is designed “to prevent speculation and windfall profits on public land.” The Toronto island community also boasts itself (according to Wikipedia) as the “largest urban car-free community in North America”. That in itself is pretty cool. The island also has a rich history; Babe Ruth hit his first professional baseball home run on the island back in 1914. The island was a booming community of around 9000 people back in the early 1900’s, but in 1953 the city removed most of the homes and businesses to turn it into a public park. The 262 homes are all that is left of the residential community now, and the residents fought the city for over 20 years to keep their homes. To give you some perspective on what types of people make up the island homes, I saw a sign on a house that simply says: “Toronto: Car Crazy, Plane Stupid” (In response to the city’s addiction to driving and the expansion of the Toronto Island Airport).

I’d seriously consider buying a home on the island if the opportunity were to present itself. But then again, even if I were lucky enough to make the list of 500 people, my chances would be slim to win the opportunity to purchase a house. But could you imagine living in a quiet neighbourhood with a spectacular view and still be able to get to work in 15 minutes? 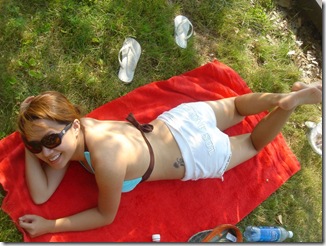 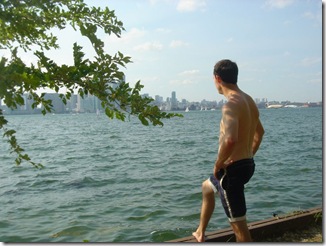 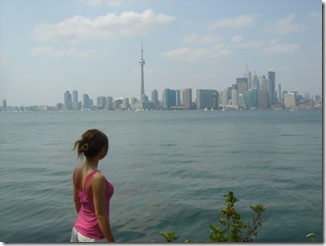 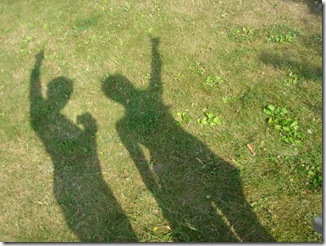