The return of Rebel Emergency

Rebel Emergency is back! What evidence do I have to support this audacious claim? Last night I heard them on the popular radio station, Edge 102; that’s a good sign for a band who took a brief hiatus from the public eye while writing new music after they broke apart from being “Panic and the Rebel Emergency”. The last time I saw them featured in the mainstream media, they were in a light rotation on MuchMusic with their “Walk on By” video (Watch on YouTube).

The name “Rebel Emergency” spawned when lead singer Roddy Soul encountered a newspaper headline that said “Columbia Declares a Rebel Emergency”. The band is based in Toronto, but they went down to New York a few years ago where they met reggae artist “Panic” whom they collaborated with to produce their first album as Panic and the Rebel Emergency, under Grammy-winning Producer Commissioner Gordon (Lauren Hill, Santana, Damien Marley). When Panic left, Rebel Emergency re-did their Panic and the Rebels songs and wrote some new original songs.

If you’d like to see Rebel Emergency, they are playing Friday May 30th with one of my favourite new bands from Toronto (Ubiquitous Synergy Seeker) at the Sound Academy (Formerly known as the Docks). This concert is part of the Edge “Next Big Thing” concert series, so the only way to get tickets is to win them at edge.ca or e-mail me and I’ll see if I can hook you up with a ticket. (If you’re in the Kingston, Ontario area, they are also playing on Saturday, May 24th with USS as well). 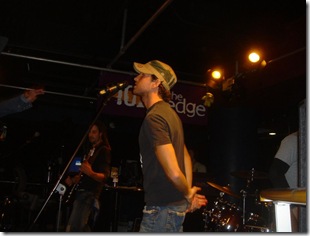 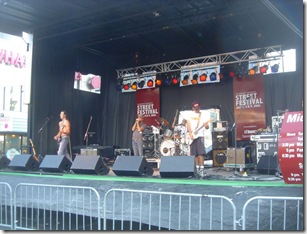