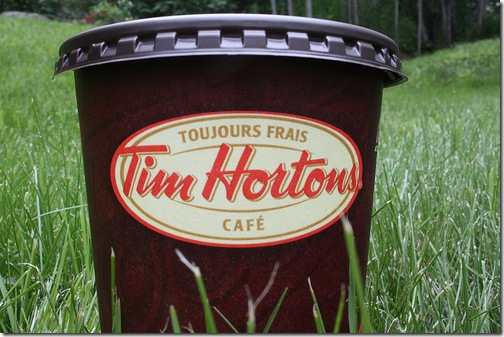 (Photo by markolson on Flikr)

March 17th marks a crucial blow to the credibility of Toronto City Hall in its battle against Food industry lobbyists. It was only 4 months ago when Councillor Glenn De Baeremaeker sent a stern message to lobbyists: “The status quo is going to change, and it can’t change soon enough for me”.

Back then, the City had plans to force coffee shops to give consumers a 20-cent refund for bringing their own coffee mugs, and grocery stores would likewise be required to provide a 10-cent refund for each bag saved by customers bringing in their own grocery bags.

Both of those initiatives have all but vanished. The plan for the grocery bag refund was overturned when a deal was worked out between the Canadian Council of Grocery Distributors and the City on November 26th. Instead of enforcing a 10-cent refund, they decided to CHARGE customers 5 cents per bag to encourage customers to bring their own bags.

Talk about the tables turning! The grocery stores are now entitled to a windfall profit when a day earlier, they faced the prospect of having to dish out money to customers who bring their own bags. Don’t get me wrong, I’m all about consumers bringing their own bags to the grocery store, I’ve been doing it for as long as I can remember, but come on City Hall! Have a backbone!

March 17th put the nail in the coffin. After spending $50,000 on three reports on how to handle coffee cups, the City scrapped plans to complete the final report on how to better deal with the 1-million coffee cups that Toronto sends to its landfills every single day.

Now the city is out thousands of dollars, we’re left without a strategy to deal with coffee cup trash, and the Canadian Restaurant and Foodservices Association lobby group has come out victorious.

If you can’t rely on the government to be progressive about the Environment, you just have to do it yourself. It’s cool to bring your own coffee mug! It’s hip to bring your own reusable grocery bags! This is an Urban Country revolution!