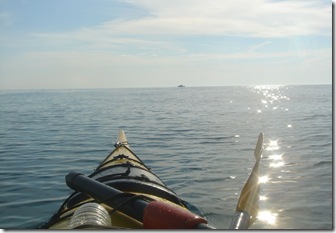 For approximately $270, you could purchase a return flight from Toronto to Montreal, arriving in 1 hour and 14 minutes. Alternatively, for $140 you could take a VIA train and arrive in about 5 hours, while driving takes about the same.

Rather than using these “typical” methods of transportation, I’m planning to paddle the entire 560KM in my kayak for this year’s fundraiser adventure.

Each year I try to organize a fundraiser to raise money for my Aunt Linda who runs a foster home / education centre in the Philippines called Noah’s Ark. My adventures fall somewhere between mildly challenging to borderline crazy. Last year I solo-kayaked 107KM in two days on Lake Ontario, raising close to $6,000 and in 2006 I biked 260KM to Niagara and back, raising $1,845.

This year’s trip allows me to raise some money for a good cause while providing me an adventure I’ve been itching for. It’s also a great way to do some traveling on a small budget given the current state of the economy. 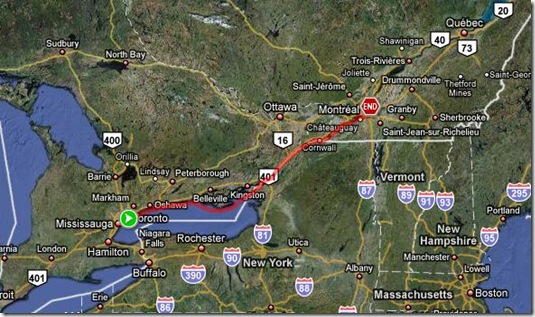 I’m normally reluctant to donate money to charities because I’ve always believed the charity system in the U.S. and Canada to be ridden with loopholes and corruption. Even charities that seem altruistic on the outside aren’t always fiscally prudent, with overpaid executives and lavish headquarters.

My opinion on charities was confirmed in a timely news article about a Toronto man who runs a charity that provides bogus tax receipts to its donors. The subject of the article, James Arion, a twice-bankrupt con-man runs the charity “The Orion Foundation” which received 200 million dollars in donations over the past 2 years.

Arion provides tax receipts to donors in the sum of 5 times the value that was actually donated, allowing donors to actually make profit on their donations. Although Arion’s foundation does do some actual charity work, there is no evidence to prove how much of that money actually gets to those who need it and with 83,000 charities registered in Canada and only 40 auditors, it’s very difficult to weed out the “bad apples”.

Arion also runs a shady computer business that provides fake credit card charges for escort services as a cover for curious wives whose husbands are paying for sex with credit cards.

By donating to a foster home like my Aunts, your money goes directly to those who need it, bypassing the middle man and the financial books are open and transparent. Ninety percent of your donation goes directly to the foster home, while 10% is charged as an admin fee for processing tax receipts.

The children of Noah’s Ark are housed, nurtured and educated temporarily until they are healthy enough to return to their families or be adopted. In addition to the dozens of children who live at Noah’s Ark, they also provide milk for 15 babies in the area and they are educating 120 elementary and high-school children in the area through the Child Care Plus Sponsorship Program in Canada.

My kayak trip will take place in either late July or late August over a 2-week period (pending my work schedule), and I’ll be camping along the shores of Lake Ontario each night before my anticipated arrival in Montreal where I’ll be meeting some friends and family to spend a few days in the city before strapping the kayak on the roof of my car to head home.

If you’d like to support this cause or if you’d like more information about Noah’s Ark, please feel free to e-mail me; my contact information is available on the About Us section of this site.