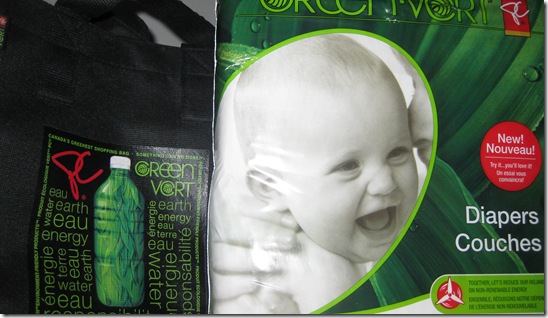 Corporate Environmental Sustainability is something we hear a lot about recently; however it’s not something we should take at face value. Many companies are more pre-occupied with “greenwashing” or are simply moving at a snail’s pace when it comes to sustainability.

In the late 1980’s, long before most companies were on the environmental bandwagon, Loblaw inc. learned that a forest the size of P.E.I. was being destroyed each year to produce pulp and paper products in Canada.

This was an eye opener for the company which prompted them to release their first line of PC G.R.E.E.N. products in 1989; paper towels and bathroom tissue made from 100% post-consumer recycled paper. Since then, Loblaw has introduced an additional 41 PC G.R.E.E.N. products and have solidified themselves as leaders in the industry.

Isaacs is well-known in the industry for more than twenty five years of environmental work. He appears regularly on CH Television’s CH Live at 5:30pm program, and he was a regular environment commentator on TV Ontario’s popular Studio Two program in addition to being an environmental columnist in the Financial Post from 1990 to 1994.

He has been conducting an independent review of PC G.R.E.E.N. products since its inception in 1989.

I wanted to know more about the illustrious man whom Loblaw has confided in for 20 years of reviewing its environmentally-friendly products.

Educated in Chemistry, Isaacs first became involved in the environmental movement via Politics when he was a Councillor for the town of Stoney Creek in 1975. In 1979 he was elected into the provincial legislature as an NDP Critic, being defeated in 1981 by only 150 votes; partially for his refusal to support the construction of the Red Hill Valley Parkway in Hamilton, which was delayed for close to 30 years before being officially opened November 17th, 2007.

In his 25-year environmental career, Isaacs notes that the industry has went from “Silent Spring” to a situation where a growing number of companies and governments are adopting environmental practices. Isaacs is very excited about the enthusiasm he’s seen; especially in recent years.

When it comes to sustainability, Isaacs says “we have a huge long way to go. We’re hardly on the scale yet. For 10 years, the Liberal Government talked a good line but didn’t do much. Now the government doesn’t talk a line and doesn’t do anything.”

He believes that the only way we’ll overcome environmental issues is for cooperation between government, corporations and individuals. He says it’s difficult for individuals to have a great impact in our current market without the services and products that encourage sustainability. “If people don’t have recycling programs, they can’t recycle.”

To Isaacs, the biggest environmental concern of the day is by far Climate Change which “poses a huge threat to our economy and society”. “We have got to start dramatically reducing our Greenhouse Gas emissions. We’ve hardly started yet.”

“In North America, we’ve grown our economy and society beyond what the land mass can support. We’ve recognized it, but it will be a long long time before we will fully address it”.

And what’s the biggest faux pas with respect to the environmental movement that Isaacs has witnessed lately? Isaacs attended the Green Living Show this past weekend, and made an observation:

“Companies are pushing their products, but nobody is taking the time to ask people if they really need those products. If you don’t need the product don’t buy it. If you need it, buy green. Don’t just buy green for the sake of buying in addition to your regular consumption.”