Can’t Be Indifferent about Dead Ducks 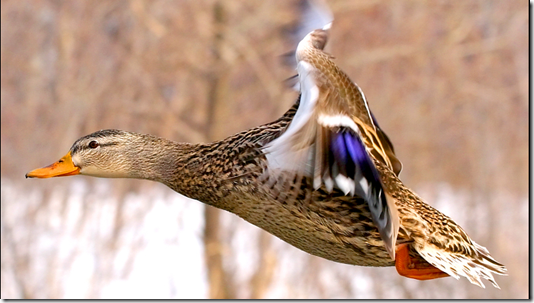 Last spring, a large flock of ducks landed on a toxic basin of bitumen residue and other byproducts of oil sands extraction before drowning. Early estimates placed the size of the flock at 500, and the story made headlines around the globe, severely undercutting the Alberta government’s frantic efforts to reframe the growing perspective that oil sands extraction is environmental degradation.

The story refuses to die. Nearly a year later, it thrives in the Alberta media and has been revived globally following the recent revelation that Syncrude, the energy-giant responsible for the tailings pond, got the death toll wrong. Apparently, most of the flock sunk in the toxic sludge and surfaced in the weeks that followed the tragedy. The new count: 1,606 dead ducks.

Some commentary, notably that of Don Braid of the Calgary Herald and, to a much lesser extent, Margaret Wente, in today’s edition of the Globe and Mail, objects to the notion that a flock of dead ducks warrant such negative media attention. They both claim that the amount of dead ducks is insignificant relative to the tens of thousand of birds that strike wind turbine blades each year or the millions that perish following collisions with high rise buildings in Toronto.

This is unpersuasive reasoning, that because a larger quantity of a species is perishing from other means, the media’s attention on the dead ducks’ story and the resulting public outcry are somehow disproportionate and unfair. The distinction in this instance is that the ducks’ death could have been easily prevented. What was required was an attentiveness to the risks posed by climate change and changing bird migratory patterns and a curiosity to assume that protocols that may have worked well in the past will fail.

By its own admission, Syncrude’s system to prevent bird deaths on its tailings ponds was insufficient against unique weather patterns at the time of the incident and an early, significant arrival of waterfowl in the area. In response to the public outcry, Syncrude accepted its responsibility and adopted eight new measures to mitigate the risks of allowing wildlife mortality at its tailings ponds. These new measures, including a program to observe waterfowl migratory patterns to test and improve the company’s system going forward, are much more rigorous relative to what was in place.

It took nothing for Syncrude to adopt these new protocols, which rely on low-tech solutions (with exception to its adoption of radar) and a greater complement of people. For this energy giant, it’s not the number of dead ducks that is insignificant but rather the new cost of implementing a more rigorous system. This makes it all the more regrettable that Syncrude was complacent about its previous system and warrants the media spotlight.