Recession Ready? Relief for some, Anxiety for others

In a series of articles entitled “Recession Ready?”, The Urban Country is interviewing people around the world who are affected by the recession to understand how different people are coping. 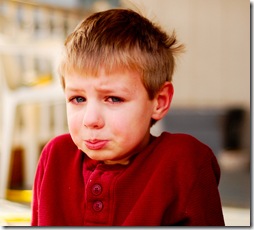 On the morning of March 26th, AutoCAD Operator Megan Howlett arrived at work at a downtown Toronto Architecture firm as if it was any other day. As the day wore on, her colleagues were called into the boardroom, one-by-one. Nobody knew what was happening. It wasn’t until it was her turn to be called into the boardroom when it became apparent: she and 7 others were being laid off from the 35-person firm.

How did Megan handle the news?

“I felt relieved! I didn’t like the work I was doing. I saw this as an opportunity to find employment elsewhere in my field”

Megan is one of the thousands of people in Ontario who have been hit by the economic downturn that has devastated the manufacturing industry in this province.

For the first time in history, Ontario will be receiving equalization payments from wealthier provinces; $357 million to be exact. The equalization program was first introduced in 1957 and prior to this year, Ontario was the only province that had never qualified to received payments. Until now.

Fortunately Megan has a positive attitude about her future employment, given her specialization in the Architecture/Design field. She plans to look for employment in the same industry, though she hopes to have more interaction with clients rather than sitting at a computer all day.

Most people who have suffered her fate however are not as optimistic. Factories in rural towns have been closing, leaving very little hope for finding work. Some have even decided to take up Saskatchewan Premier Brad Wall’s offer for employment. Earlier this month Premier Wall was visiting Toronto in a recruitment drive to fill 6,200 vacation positions in his booming province.

When asked how Megan’s colleagues handled the news:

“Initially they were shocked. Since the New Year we could all tell work was slowing down, but never thought layoffs would happen so quickly. Working in a small firm, you become close like a family and it’s hard to see anyone leave the team. Talking to others who survived the layoffs, who currently still work at the firm, say it’s like there were multiple deaths. It takes time to adjust to the missing personalities.”

Fortunately for Megan, she doesn’t have a family to support or a mortgage to pay. But the layoff that Megan has faced has become the reality for many others in Canada as the economic crash in the United States has begun to be felt North of the 49th parallel.

To me, the recession is a great opportunity for all of us to begin to assess our needs versus our wants and determine what’s important in our lives. Knowing that we could be next can help us appreciate what we have and help put us on a path toward sustainable lifestyles.