Back to the Mothership: Punjab (Part I) 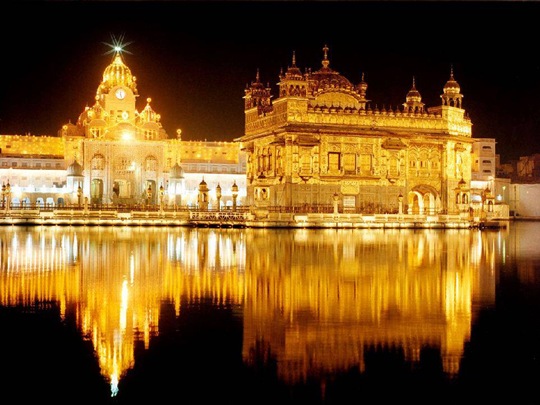 Two weeks ago my parents, brother and I visited Punjab, the state to which our family belongs. My parents were both born in New Delhi. However, my paternal and maternal grandparents were born in the undivided Punjab, that was partitioned between India and Pakistan in 1947 when both countries got their independence from the British Raj. Today the state of Punjab is the country’s largest wheat producer and enjoys the best infrastructure and the lowest poverty rates in India.

I have been to Punjab many times and my parents tend to make it a point to go, especially to visit the Golden Temple, whenever they are in India. The Golden Temple (real name: Harmandir Sahib) is the Sikh’s holiest shrine. For the first time in almost a decade, our nuclear family (mom, dad, bro, me) have visited India at the same time. So it was my parents wish that we visit the Golden Temple and a few other significant Sikh temples during our visit to Punjab. I love visiting Punjab, always have. I love the endless fields of wheat and rice that disappear into the horizon. I love the language, the culture and the people. Most importantly, I love the food. Punjabi food has made it’s mark internationally. I think we all know what Tandoori Chicken and Butter Chicken are 🙂 In fact, there are several jokes in our culture about the importance of the Tandoori Chicken. It has been called Punjab’s state bird. A popular suggestion for the state airline name is Tandoor Air.

We drove from New Delhi to Jalandhar and stopped only once on the 10 hour drive. We stopped for Pakoras at a Dhaba (Indian road side make shift restaurants that serve prolly the best food you will ever eat in you life) based on my uncle’s *strong* recommendation. Dhabas are *very* common in Punjab and Haryana (adjoining state). Majority of Dhabas tend to be vegetarian. Takkas are Dhabas that serve non-veg food and alcohol. These are the desi versions of a neighbourhood pub. If you ever find yourself in India, do make it a point to check out dhabas on the side of highways. They are cheap and they will beat a fine-dining restaurant any day in terms of taste. Back to the Pakoras! What are Pakoras you ask? Pakoras are deep-fried goodness. The idea is to take a vegetable, any vegetable and just deep-fry it in this delicious spicy batter. Viola! You have India’s favourite tea time snack. If you go to anyone’s house in India, expect to eat either Samosas (also made with deep fried goodness) or Pakoras. My fav: the spinach and onion pakoras. 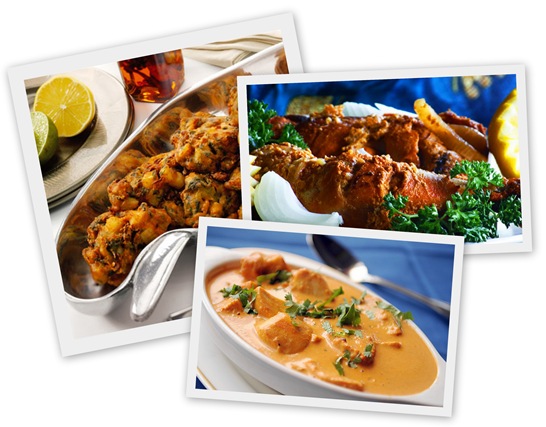 We got to Jalandhar around 11 pm where we stayed with a very close family friend of ours. His family has been in Jalandhar for ages and are the owners of one of Punjab’s main finance companies. After a late dinner, the young kids (and me) hit up an Irish Pub. Yes, you read that right. An Irish whisky-themed pub in Jalandhar. It was a Thursday night and we were the only ones there. Needless to say, this small and quiet city doesn’t offer much of a nightlife. Regardless of what the young kids say, Jalandhar has special meaning to me. I lived there from 1981 (I was a year old at the time) till about 1985. My dad was posted there soon after I was born in New Delhi. I have a lot of fond memories of this beautiful and clean city (by Indian standards). I started going to school in Jaladhar. I also learnt how to speak Punjabi while living here. To this day people ask me where I learnt to speak Punjabi since it is so different from my parents. I was also the only child in my parents’ circle of friends at the time. So I enjoyed a lot of undivided attention and was thoroughly spoiled by all the adults. Explains a lot doesn’t it?

The next morning we departed for somewhat of a religious pilgrimage. Our first stop was Gurdwara Goindwal Sahib which was constructed in mid-sixteenth century. This temple is famous for 84 steps with a pool at the bottom. It is said that if you pray on the first step and take a dip in the pool to wash away your sins and repeat that for all 84 steps, then you will be achieve what Buddhist’s call Moksha, freedom from the endless cycle of life and death. The 84 steps represent 840,000 species that were believed to be on the planet at the time. It was said that our souls are born into each of these species before we are finally born as a human. So the message is: make this one life count to avoid falling back into the cycle of life and death. No pressure! 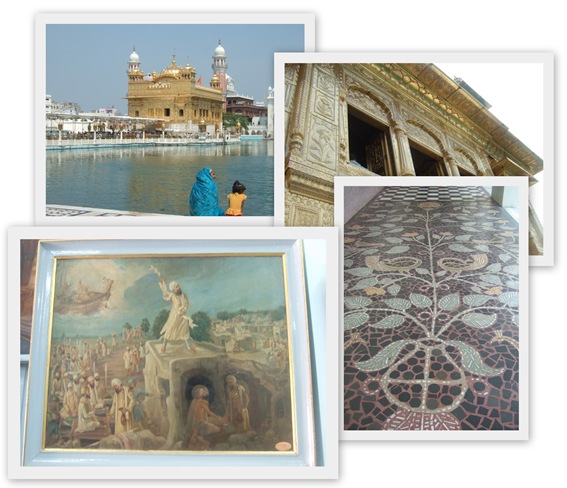 Our second stop was Gurdwara Tarn Taran Sahib, which boasts the largest sarovar (water pond) of any of the Sikh Gurdwaras. It was established by the fifth Sikh Guru, Guru Arjun Dev Ji (we have 10 gurus in total) in 1590. We walked all the way around the sarovar and admired the beautiful tile-work on the pathway. Most of the sections of the pathway were unique in design. Very cool. Next up was Gurdwara Shahid Baba Deep Singh in Amritsar which was built in the memory of one of Sikhism’s most hallowed martyrs. This was a quick stop in before we headed to the Golden Temple situated in the heart of the city. From the moment you step through the main gate the sight of the white marble, the gold dome and the shimmering pond washes a sense of peace and wonder over your being. Harmandir Sahib is a very peaceful place that has seen some violent days in the past (read about Operation Blue Star if you want to know more), but thankfully those days are behind us and this shrine has been restored to its original beauty and grandeur. The highlight for me and my brother was to see the paintings of our maternal Great Grandfather’s brother, Gurdit Singh. He was a famous Sikh painter and was commissioned to do several works for the museum at the Golden Temple. My mom shared fond memories of him and recalled that he liked working on large canvases and took his sweet time in completing a painting. Others around him worked well with deadlines and churned out paintings efficiently but he would work on one piece for years. Seeing was believing. The scale and details of his work was admirable. It was very humbling to look at these paintings and realize that I am somehow related to such a talented artist.

It was only 3 pm and we had already seen so many historical Sikh sights. It was a lot to take it at once and I was simply in awe that I had visited the places where Sikh Gurus had previously lived and breathed. They roamed the same hallways as we had that day. These are people whose stories I listened to as a child from my grandmother. Stories of their kindness, bravery and determination. As you grow older, you tend to forget these stories. You get jaded as time passes and distance grows between you and your childhood storytellers. As an adult you can differentiate between a ‘nice story’ and actual fact. That can sometimes distract us from the real accomplishments of our ancestors. We are here today because of the path paved before us and that holds true for all cultures and factions of society. Things are easier for women today because some women dared to question the status quo back in the 50’s and 60’s. African Americans had the right to elect their first black president because Martin Luther King had a dream. So I ask you today, to remind yourselves of the sacrifices of others before you. I ask you to remember the opportunities and privileges that you enjoy because someone was here before you fighting for that right, to make things easier. And say thank you.