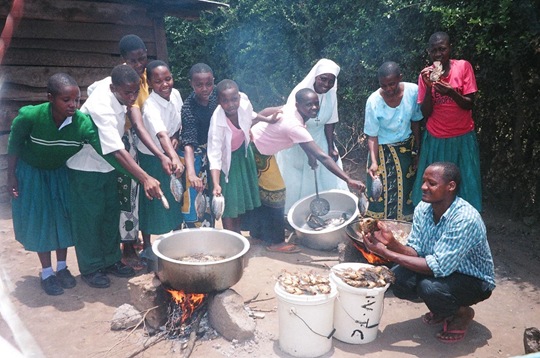 Between 2005 and 2007, Greg John had a life changing experience. He lived in Tanzania while working on a CIDA internship to help the impoverished African country develop its infrastructure.

Coming from a cushy life in Canada, living in one of the top 10 poorest countries in the world was an eye opener for the activist, author, teacher and independent filmmaker:

“In resource-limited countries there is a huge number of people that no matter how hard they work or how clever they are, they will still never get the chance to lift themselves out of poverty – simply because there is so little opportunity available (be it spaces in high schools/universities, or financial loans).”

Each year, billions of dollars in foreign aid is sent to Africa. Although this money brings short-term benefits to those who need it, it often doesn’t have the longer-term effect of lifting them out of poverty.

At a time when people are questioning whether foreign aid in Africa should be scrapped, Greg John’s film proposes a better solution.

What John highlights in his film is the notion that African aid doesn’t need to dissolve into thin air. He shows us that there are programs out there that can become self-sustaining – having long-term benefits for people who would otherwise be entrenched in poverty.

These programs can eventually become self-reliant and no longer dependent on foreign aid or handouts.

In the film, John spends a month in northern Tanzania at Imani Vocational Training Centre. Imani teaches youth aged 14-25 how to do a trade – preparing them to contribute to society and enjoy a lifestyle that they may otherwise not have been able to enjoy. They serve disabled and non-disabled youth and one third of the student body is either physically or mentally disabled.

Imani is run by the Sisters of Our Lady of Kilimanjaro – the famous mountain lurks near the African school. At the head of the school is Sister Placida Mosha – a remarkable woman who has devoted the last 40 years of her life serving Tanzania’s rural poor. Sister Placida began the construction of the Vocational Training Centre in 2002, now serving as its Director.

At the core of Imani is the notion that everything they teach the children helps contribute to the sustainability and independence of the school. Think of Imani like a small community.

Imani provides 3-year training programs in carpentry, tailoring, knitting, welding, bricklaying and catering. The students use their training to develop products that can be sold to the local community in order to pay for the expenses of running the school. The documentary focuses on the school’s efforts to eliminate itself from outside support.

One of the staple features of the school is its 3-acre garden that is used to feed the students as well as generate some revenue to supplement funding. 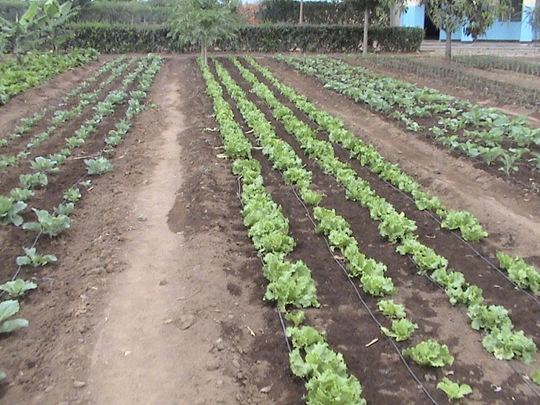 Given Africa’s limited resources, Imani practices environmental sustainability by re-using the waste output from one system and using it as an input into others. John takes us on a journey of wood turning into wood chips, which turn into ashes which turn into soil. Very little waste is generated at the school. John also highlights an innovative home-grown approach to watering the garden with minimal water waste.

While watching the film it’s obvious that filmmaker John is very passionate about Imani becoming self-reliant. He is so dedicated to this cause that he has committed 100% of the proceeds of his film to be donated directly to the school.

I caught up with the altruistic filmmaker to ask him a few questions about himself, the film and the school (see below).

Operation Imani is a must-see documentary that highlights a wonderful example of how a developing country can be productive with its limited resources and contribute to a better future for impoverished children, while reducing and eventually eliminating the need for outside aid.

Following the photo is an exclusive interview with the filmmaker, Greg John: 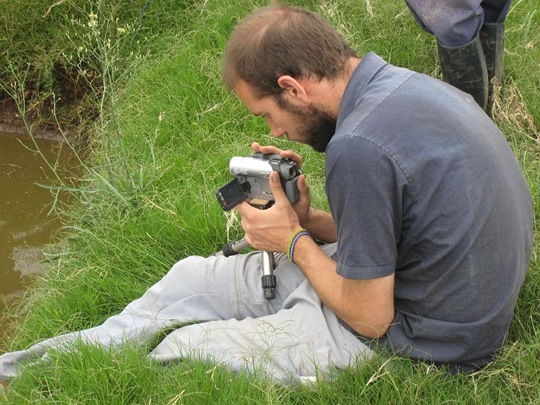 The Urban Country: When returning from a developing country such as Tanzania, do you look at things differently in Canada?

Greg John: Absolutely. Like most people, I realized how lucky we are to have been born in Canada. There are many obvious privileges that we have here that are missing in other places, such as access to great education and health care. Those are some of the obvious differences, but living in a place like Tanzania for two years enabled me to see some of the less obvious ways in which we have it so good. We have so much opportunity here in Canada. While there are people in Canada that are disadvantaged and not in a strong position to take advantage of opportunity (for education, employment, etc.), most people, if they set their mind to it and work hard, can carve out a relatively comfortable life. In resource-limited countries there is a huge number of people that no matter how hard they work or how clever they are, they will still never get the chance to lift themselves out of poverty – simply because there is so little opportunity available (be it spaces in high schools/universities, or financial loans). As a teacher, it is hard to see students taking their education for granted.

The Urban Country: Do you feel that many of our quarrels are trivial compared to the dilemmas that they deal with in Tanzania?

Greg John: Again, definitely. It’s striking to see what sorts of things become a “big deal” to us in Canada compared to the things that Tanzanians deal with everyday. The so-called rainy season in Tanzania is often one of the toughest times for people from a mental point of view. If the rains are not sufficient or are too heavy, it means they won’t be able to harvest much corn. Since subsistence farming is the primary source of income for the majority of Tanzanians, that will mean that the coming year will be particularly difficult. It will means that a family will not be able to continue building its house (perhaps replacing a leaky straw roof with an iron sheet roof) or sending a child to school. There are Canadians that need to deal with stresses of this nature. But for a huge number of Canadians, the issue of providing the basics for a family (food, shelter, education, etc) is not really an issue. These are taken for granted, and we found more trivial items to complain about – though in our mind these items are not trivial. It’s tough to avoid. I remember when I first got back from Tanzania it bothered me when people would complain about relatively minor issues. But as time goes by I find I get softer on these issues myself, and I even catch myself bothered that websites are down or something is out of stock at a store. That’s what makes travel so important, it reminds us of how lucky we have it.

The Urban Country: When and how did you decide that you would make a documentary?

Greg John: After my two years spent in Tanzania (2005-2007) I came back and organized a series of fundraisers at which I spoke about Imani. But I didn’t feel that my stories and pictures did justice to the place and its unique approaches (unique at least in my experience). I also wanted to do a better job of capturing Sister Placida. I feel she is a one of a kind gem that has great wisdom that we can all learn from. A documentary seemed to be a good way to help spread some of her ideas. So when I went back to Tanzania in the summer of 2008 I brought a video camera with the idea of making the documentary. I wasn’t exactly sure what form it would take, all the detailed planning of the various scenes and themes of the documentary came together in my month over there.

The Urban Country: Is there a filmmaker out there who inspired you to make this film?

Greg John: Not really. It was mostly inspired by Imani Vocational Training Centre, Sister Placida, as well as all the fine Tanzanian people I met with good ideas but without the capital to act on their ideas.

The Urban Country: Do you have some real-life samples (in Canada) that you’d like to share where we could apply some similar techniques to re-use waste?

Greg John: This area is definitely not my expertise, but it’s a very good question. Actually, I myself would be interested in learning more about this topic. I do hear about farmers using the gases generated by decomposing cow manure to power their farms, and even sell power back to the grid. The artificial soccer fields I play on have small rubber pellets to soften the surface. I’m told that these pellets are made from old tires, though I can’t confirm that. If true, that would be a good example of using a waste product from one system as a useful input to another.

The Urban Country: What’s your next project after this?

Greg John: The Imani project is still very much ongoing, and I plan to continue working with Sister Placida on the implementation of food- and income-generating activities. My primary role with Imani is to work with them to plan and build these projects (eg. garden irrigation, fish ponds, pig raising, etc.). The documentary was very much secondary, a means to expose the work we were doing together. There is still much more work to be done to help Imani become self-sufficient. Sister Placida and I have talked about building a chicken house, expanding the garden irrigation, starting a project to capture the gases released from pig manure to use for cooking, further workshops, micro-credit for students, and much more. I will hopefully make it back to Imani in the summer of 2010 to work on these.

As for the next project after the documentary, that is unknown. I very much enjoyed making the film, and could see myself doing another one at some point in the future. Subject unknown, but it could very well be the further exposure of good ideas that people in developing countries have implemented that we in Canada just don’t realize. An important part of the documentary is donor education, convincing people that there are other productive ways to spend money internationally than child sponsorships and humanitarian aid.