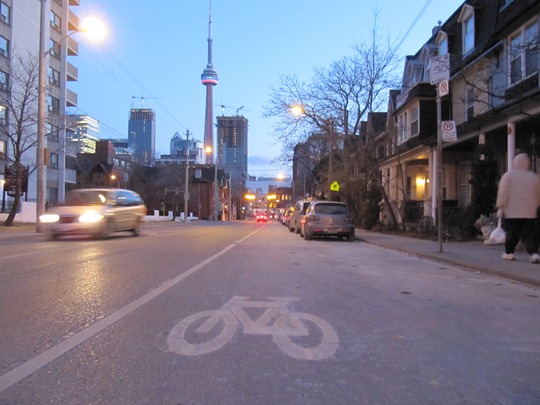 Imagine this: a cycling advocate who doesn’t support bike infrastructure. I was both surprised and intrigued when I first learned about the phenomenon they call “vehicular cycling”.

Vehicular cycling was popularized by John Forester, a Britain-born American cyclist and industrial engineer who has spent most of his life fighting against bicycle infrastructure.

Forester claims that bike lane systems were an invention of motorists because they perceived that cyclists were too dull to adequately share the roads with automobiles. In a 2007 presentation to Google employees, a 77-year-old Forester said:

But there it was, the motorist invented the bike lane system. And they invented it for their own convenience on the excuse that cyclists were too dumb. Did you know that straddling a bicycle destroys your brains, it turns you into children that don’t know how to drive?

Then comes the environmental group – and they believe all this stuff that the motorists have been telling them about being incapable of riding in traffic. And they say oh, these bikeways weren’t invented to shove us aside – keep us out of the way of motorists. They were invented to make cycling safe for beginners.

Here I am, watching Mr. Forester speak, and I can’t help think to myself “If only more motorists would push for more bike infrastructure”. That would save cyclists the hassle of the tireless advocacy that we have had to endure just to give us a couple metres of roadway with some white paint. 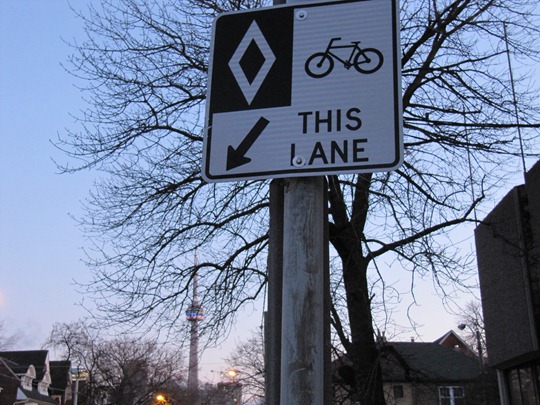 I wanted to know more about the thought process of a vehicular cyclist, so I interviewed cycling advocate and instructor Mighk Wilson, who runs the website “Bicycling Is Better” out of Orlando, Florida.

I first came across Mighk’s website last October when he wrote the article “Which Cycling Politics: Doom or Possilbity” – an essay that explores the false perception of danger in cycling.

Mighk subscribes to this vehicular cycling theory and teaches the skills of vehicular cycling to his students. In his defence, he does claim that he isn’t against bicycle facilities per say – he just feels that they have been poorly conceived and executed.

Mighk also claims that even the best designed bike facilities will never replace the need for vehicular cycling skills and knowledge – which is true.

My biggest struggle with the theory of vehicular cycling is the fact that in densely populated urban areas, cyclists aren’t able to freely move past gridlocked traffic – there just isn’t enough space.

So I asked Mighk how he expects cyclists to bypass automobile congestion without proper infrastructure.

Surprisingly, Mighk doesn’t support rewarding cyclists by helping them move to the front of the queue.

I used to be in that camp that said “We should reward cyclists (because they’re more environmentally and socially responsible) by helping them move to the front of the queue.”  No more.  (I am not against queue-jumping per se, if the cyclist A) understands the conflicts to watch out for and B) it will not result in the passed motorists having to pass the cyclist again in a tight roadway.)

I support bicycle queue jumping in the same way I support HOV (high occupancy vehicle) lanes, bus lanes, and right-of-way streetcar lanes. This encourages people to get out of their single-occupancy automobiles by carpooling with a friend, taking a bus, or riding a bike.

I asked Mighk whether his end goal is to increase the rate of utility cycling – after all, how can we increase cycling if we don’t give cyclists sufficient space on our urban streets?

Without a doubt, Mighk’s goal is to increase the rate of cycling. But he doesn’t believe bicycle facilities will take us very far down that path (pun intentional). He notes:

So in Orlando, bike infrastructure has done very little to improve the rate of cycling. Could this be a deficiency in our North American culture? Or are the bike paths primarily designed for recreation instead of commuting?

When gasoline prices make their inevitable climb, we will see the increases in cycling.  I imagine the bikeway system we have will help facilitate that somewhat.  But making people comfortable with (and competent on) the existing roadway system is the most cost-effective way to get more people on bikes.

Mighk also pointed out that parking is free in most places around Orlando.

Although Mighk and I may not agree on the the value proposition of bike infrastructure, I have enjoyed our occasional e-mail conversations on the topic of cycling – a topic in which he is well versed.

Our friend John Forester is another story entirely. While speaking to those bicycle-friendly Google employee in 2007, he was asked if there was anything wrong with the network of bikeways in the Netherlands.

Forester’s response included a tray of rubbish with a sprinkle of gibberish (Scroll to 34:26 in the video to watch Forester’s full answer)

He downplayed (or blatantly ignored) whether bike infrastructure had anything to do with the popularity of cycling in the Netherlands, and went on to say that the rural bike paths in the Netherlands are “wonderful for touring, but aren’t used by the people they were designed for”.