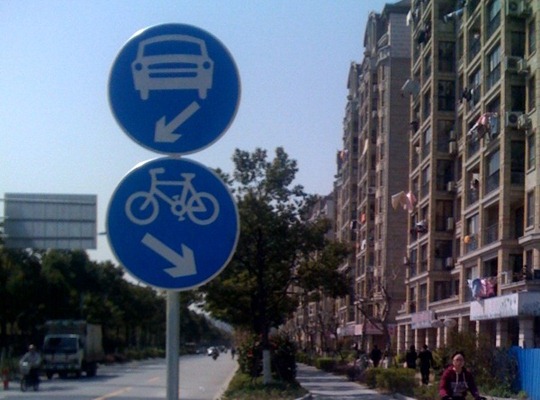 The photo above highlights some new cycling infrastructure that was recently installed in a suburb of Shanghai, China. Our China correspondent Mark Green spotted this segregated bike lane in the Boa Shan District (宝山区) – about 13KM north of Shanghai’s People’s Square (City Centre).

It seems that Shanghai has installed this new infrastructure not necessarily out of demand for cycling, but more likely to encourage people to ride their bicycle in a city that is being choked by automobile traffic.

While visiting China in 2007 I observed the widest bike lanes I had ever seen in my life – more than 1 car lane in width on each side of the road in Beijing.

However, segregated infrastructure isn’t as common, so it’s a beautiful sight to see these segregated lanes in the suburbs – where space is more abundant.

Since peaking in the 1980’s, cycling has been declining as the automobile has strangled the great Chinese cities. But the popularity of the automobile has also been detrimental to the lifestyle that the Chinese enjoyed under the rule of the bicycle. The pollution is disturbing, and the gridlock painful.

But utility cycling might be making a comeback in China, as discussed in this BBC article from earlier this month. Electric bikes are also extremely popular in China right now – Mark observed more e-bikes than regular bicycles in this suburb of Shanghai. 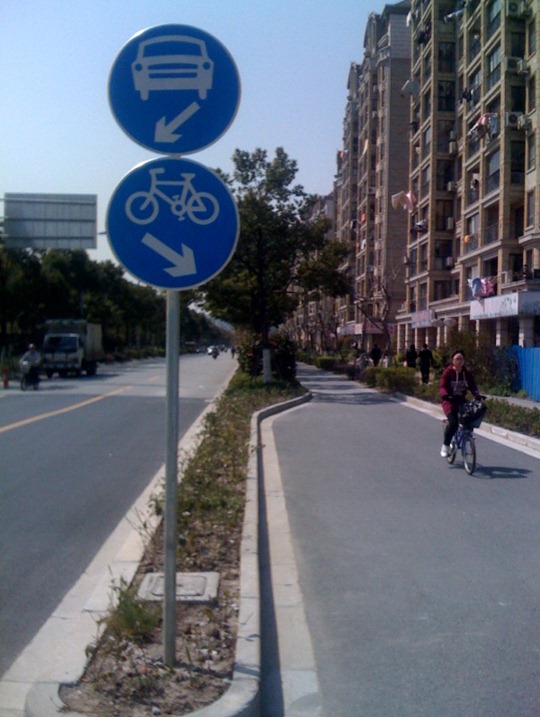 Back here in North America, we’re seeing a similar trend in suburbia with bicycles becoming an important aspect of municipal urban planning.

Toronto’s largest suburb, the City of Mississauga (population ~700,000) recently announced it would build a 600KM bike path network over the next 20 years. Mississauga, like most suburbs has no shortage of road space in which bicycle infrastructure could be installed.

Below is a typical street in Mississauga – you can see the automobile was the only mode of transportation considered when the traffic engineers designed this street (Hurontario St). So it’s no surprise that many Mississaugans are forced to drive everywhere – even short trips to the store, since walking and cycling on most streets in Mississauga is not a pleasant experience.

Mississauga is trying to catch up after decades of neglect. 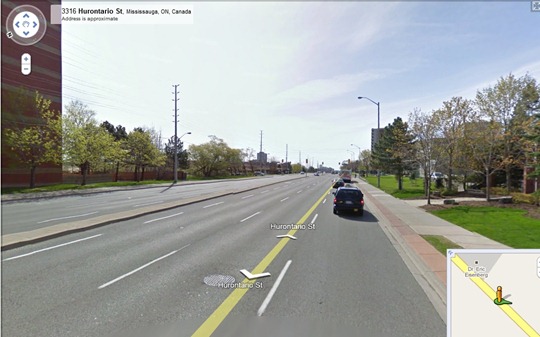 Suburban bicycle infrastructure is extremely important because these are the areas where other modes of transportation have been most deprived. Thus it’s no coincidence that obesity is higher in the suburbs than in downtown urban areas.

Automobile traffic is also generally much faster than dense urban areas, so building safe infrastructure is critical before people will even remotely consider utility cycling.

Tens of thousands of suburban dwellers use commuter trains to get to work in Toronto. There is no reason why these commuters shouldn’t have the option to ride a bike to the train station or to the corner store..

Except for the lack of safe infrastructure to do so.