We Are Addicted To Automobiles 18 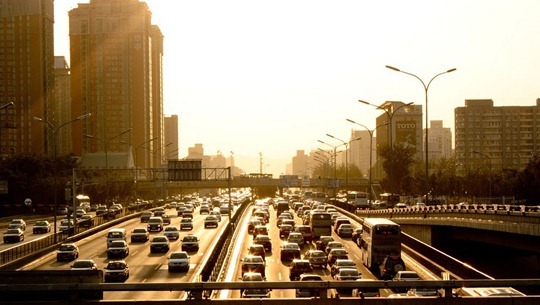 In the Twelve Steps to recovery from alcoholism – first published in 1939 in Alcoholics Anonymous: The Story of How More Than One Hundred Men Have Recovered From Alcoholism – the first step is defined as:

“We admitted we were powerless over alcohol – that our lives had become unmanageable”.

The 12-step program has become the pillar for other similar programs to help people recover from addiction, compulsion and other behavioural problems: from Gamblers Anonymous to Workaholics Anonymous to Cocaine Anonymous.

This first step in the recovery process could certainly be applied to our addiction to automobiles. We first need to admit that we have an addiction and reliance on automobiles that has contributed to making our lives and the future of our planet unmanageable.

Last Tuesday, author, sex columnist, and media pundit Dan Savage posted a brief post with a link to my article about how much Americans work to pay for their cars:

Savage’s post on Slog, the News and Art section of Seattle’s weekly newspaper The Stranger generated some controversy as several commenters sought to defend their dependence on automobiles (as would be expected in North America):

One particular comment by one Catalina Vel-DuRay however grabbed my attention:

“I really don’t understand the automatic knee-jerk nastiness of the pro-car crowd. I know that we’ve all been conditioned to believe that our cars are an extension of us, and show how sexy we supposedly are, but why are people so defensive? Are you really so threatened by the idea of not having a car, or at least facing the fact that the industry is largely a scam?”

You might expect such a comment from a treehugging, left-wing pinko bicyclist. But this particular comment came from a woman who admits that she herself is as much a willing victim of the scam as anyone else:

“And lest anyone accuse me of being a pro-bicycle activist. We have two cars (one old and paid for, one new and not) an elderly truck, an RV and a boat. I haven’t ridden a bicycle since 1990. It’s ridiculous to have these many vehicles, particularly as (my husband) works about 1/2 mile from (me), and I take Link (transit) to work, but that’s the way it works around here.”

It’s refreshing to see someone who lives in a 2-person household and owns 5 vehicles openly admit that owning 5 vehicles is ridiculous and excessive and that we are all suckers to the same marketing scam that has convinced us that it is normal and necessary to rely on automobiles to transport ourselves. She concludes:

“All I’m saying is that the industry is a scam – maintenance, insurance, sales, financing, marketing, etc. And the reactionary attitude of a lot of Americans when you presume to even question this “lifestyle choice” is pretty funny. We’re all suckers in the name of consumerism. We just prefer to call it “freedom”.”

Indeed, it is ironic that the very invention that brought us this “freedom” initially has later turned us into prisoners. In today’s world, I define freedom as being removed from the shackles of car ownership and traffic congestion. For me, that means using a bicycle for 90% of my trips, and using a car only periodically. 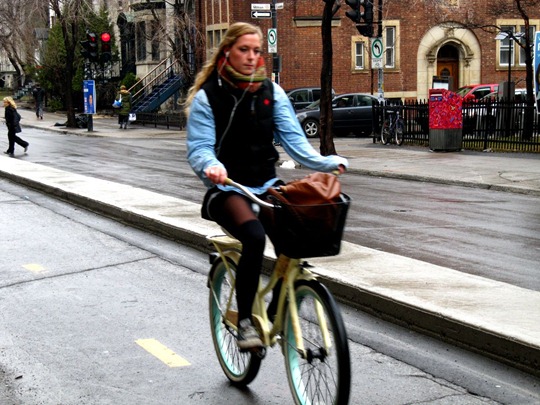 Photo of a Montreal bicyclist by James D. Schwartz on Rate My Velo

Choosing carefully where you decide to live and living car-free or car-light is indeed freedom in itself. Freedom from stressing about gas prices; freedom from car payments, depreciation, unexpected repairs; and most importantly: freedom from traffic congestion.

Lest you confuse me as an “anti-car” bicycle advocate: Cars do serve a very useful purpose in our society, but they should be one of the tools in our toolbox for transporting us instead of being (for all intents and purposes) the single tool in the toolbox (as they are for most people in North America).

18 thoughts on “We Are Addicted To Automobiles”