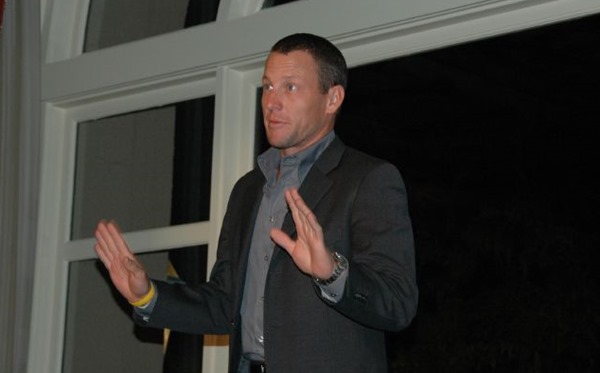 Lance Armstrong will appear on Oprah Winfrey this Thursday in his first interview since the widespread doping allegations surfaced last fall. The interview will be taped today and Armstrong is widely expected to confess for not being honest about his doping over the years. It is expected to be a partial confession.

The Washington Post reports that Armstrong has already started apologizing to key people in the cycling community:

“On the eve of Monday’s taped interview with Oprah Winfrey, Lance Armstrong made a series of phone calls to apologize directly to key people in the cycling community with whom he had not been truthful about his part in sports doping.

It was part of Armstrong’s effort to prepare himself and others for what’s anticipated to be a partial confession and to make amends with those to whom he lied and misled.

Earlier Sunday while out jogging near his Austin home, Armstrong told the Associated Press regarding the upcoming interview: “I’m calm, I’m at ease, and I’m ready to speak candidly.”

“Oprah Winfrey will speak exclusively with Lance Armstrong in his first no-holds-barred interview. Armstrong will address the alleged doping scandal, years of accusations of cheating, and charges of lying about the use of performance-enhancing drugs throughout his storied cycling career.

The special 90-minute episode of Oprah’s Next Chapter will air Thursday, January 17, from 9 to 10:30 p.m. ET/PT on OWN: The Oprah Winfrey Network. In addition, the interview will be simultaneously streamed LIVE worldwide on Oprah.com.”

Over the past few months Lance has no doubt discussed the potential consequences with his family and his PR team. But with mounting evidence against him and common perception that he had been doping, coming clean might be his only chance at rebuilding his reputation and allowing him to move forward and focus on his charity and the next chapter of his life.