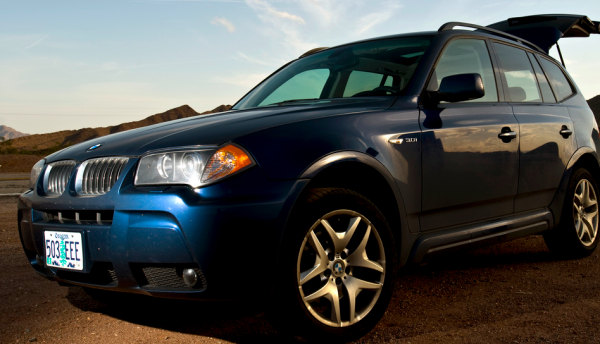 A few days ago, an article was posted by a bicyclist into the Craigslist “rants and raves” section. The poster highlighted a road rage incident in which an angry driver in a blue BMW SUV screamed and honked at the bicyclist to get out of the way, in order to save a few seconds.

Here are a few key comments from the article that resonated with me:

And then you were making a right-hand turn immediately ahead and had to stop right in front of me and wait to turn because of other people, on foot, being in the way. Obviously annoying for you, but this gave me a good chance to inform you that I was not going to drive INTO the parked cars as you rolled up your window, continuing to yell, “fuck off and get the fuck out of my way!”. Happily for you, the people on the street moved out of the way and then you squealed around the corner and headed north, presumably fuming at the injustice done to you, sitting in your vehicle, having to slow behind a person on a bike who was going at a different speed for a few seconds.

Imagine being in line at the grocery store and, feeling that the person in front of you was taking too long to get out their money, standing directly behind them while yelling at them to fuck off. That would be really, really weird! And it happens to me as a person who travels by bicycle all of the time.

Look: I am a friggin rule follower extraordinaire, a goody-two-shoes, and a people pleaser. There is literally nothing I can do that makes people madder than just riding my bike the way I am supposed to. I feel bad and scared doing something I love and have the right to do, something that is good for the roads, the planet, and the cardiovascular system. It fucking sucks. Your attitude is terrible.

This post reminded me that I have been living absent of road rage for more than two months here in China. Despite the fact that I ride my bicycle here every single day, I have not encountered a single road rage incident, nor have I had any angry drivers pass me in a way that makes me feel at all uncomfortable.

But the deep-seated animosity that I have lived with for so long in North America between drivers and bicyclists actually prevents any progress from being made. Drivers are angry at having to share the road with bicyclists, but refuse to give up any space to create infrastructure that would prevent the very situation that they resent.

Properly-built bicycle infrastructure will reduce the tension and potential conflict between drivers and bicyclists, and eventually the animosity will subside. In places where there is an understanding that both bicyclists and motorists have a place on our roads, tension and resentment is reduced – and in the case of the Chinese city I am living in, it is nonexistent.

Unfortunately, in many cities in North America there is a bizarre widespread belief that bicyclists are a nuisance for drivers and have no right to be on the roads. This notion is perpetuated by the media, and the result is that otherwise sane people feel justified in acting like sociopaths when they are behind the wheel of a motor vehicle. This anti-social behaviour would not be tolerated in any other situation in our culture except behind the wheel of a car.

The more time I spend abroad, the more perplexed I am by the ridiculousness of it all. Let’s just fix it already.