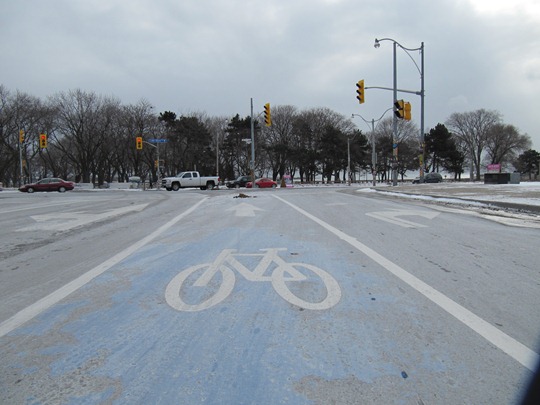 This morning I set out for a pleasant bike ride along Lake Ontario in Toronto. I originally brought my dog with me, but her paws didn’t fare well with the salt that was plastered on the sidewalks here to melt the ice.

One of the major accomplishments we have made in Toronto in 2009 is that our Waterfront trail is now being cleared of snow on a priority basis.

Sure enough, the trail was clear of the minimal snow we have seen so far this winter: 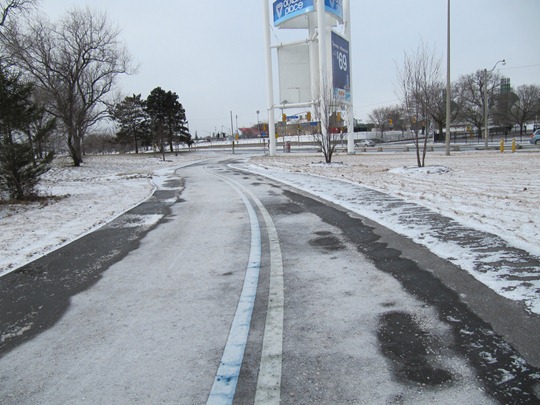 It almost looks as though there is still snow on the trail. But no, that would be the completely unnecessary amount of salt that the city dumps on our sidewalks and cycling paths. Here is a closer look: 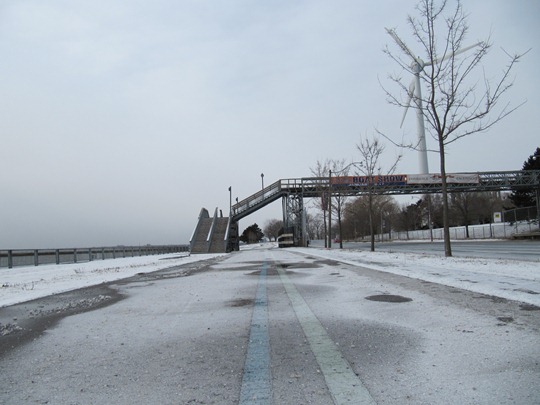 This shot shows the salt lining the middle of the bike path: 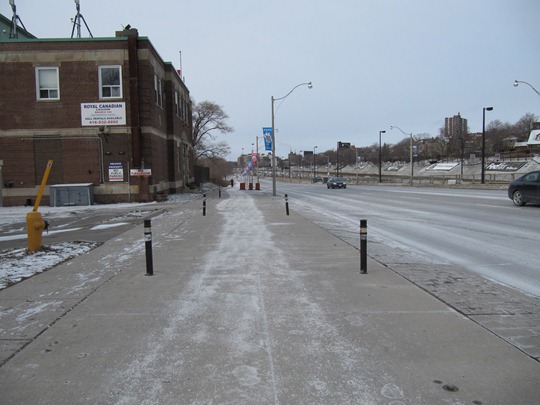 The 2cm thick layer of salt feels grimy on the bike wheels, and unfortunately a lot of it gets washed into our lakes and rivers.

Salt isn’t the only object dumped on our bike trails. Shortly after commencing my journey I stumbled upon a pile of horse manure on the bike lane heading toward the waterfront path (presumably from one of our Toronto Police horses): 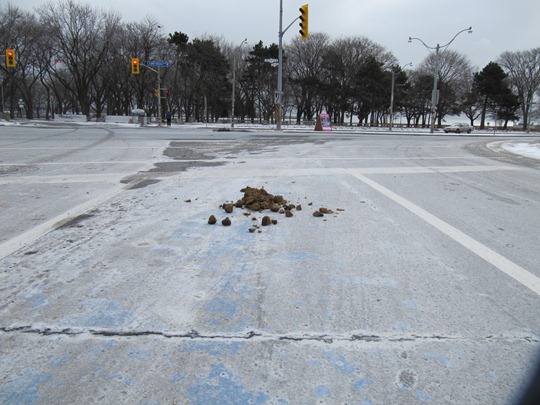 It’s not all “poop” though – we do get our own bike traffic signals along this path. These particular signals were installed in 2009, although other sections of our waterfront trail have had bike signals for several years now: 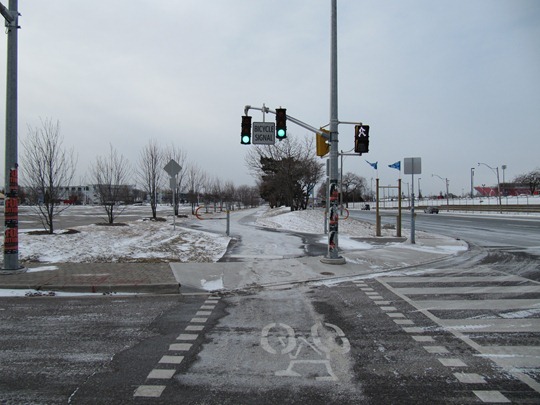 The waterfront trail is not only for recreational use. I have a friend and co-worker who regularly uses this bike path to commute downtown to work from the High Park area of Toronto.

For those of you who are afraid to brave the extremely cold days on a bicycle – I have to say that wearing ski goggles makes a significant difference – especially when snow is falling. I hadn’t considered using my snowboard goggles until I read it on a year-round cycling blog by Rantwick.

Here is a photo of me this morning – dressed very warm – on the Humber Bridge on the west side of Toronto (about 8KM from my home): 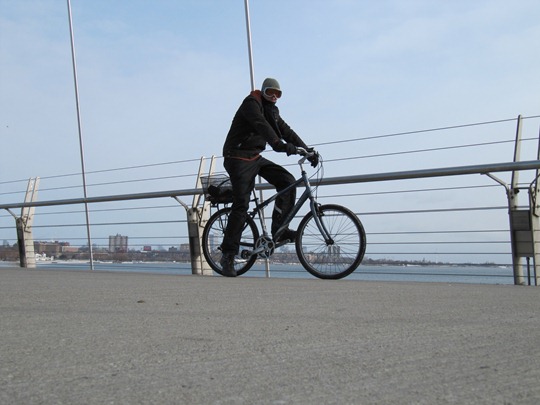 These modest improvements to the waterfront trail indicate the City is investing in sustainable transportation.

Recent posts on A View From the Cycle Path in the Netherlands, and Copenhagenize in Denmark indicate that those countries also ensure bike paths are cleared on a priority basis.

4 thoughts on “Winter Cycling in Toronto”