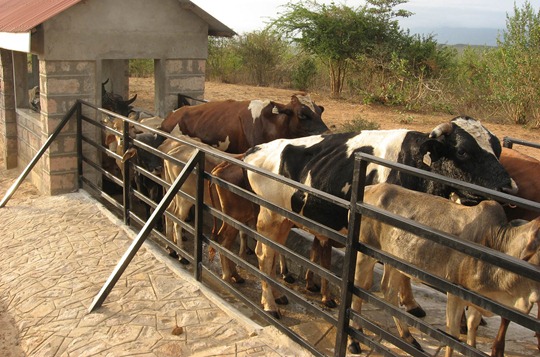 A good friend of mine bought a thoughtful gift for me for my Champagne Birthday back in June. The book was written by BikeSnobNYC (Eben Weiss) and it provides an amusing and entertaining dissection of the world of cycling.

From the back cover:

“In this wickedly funny rant and rave about the world of bikes and their riders, blogger and cyclist BikeSnobNYC offers a unique look at the ins and outs of cycling, from its history and hallmarks to its wide range of bizarre practitioners. He spares no one, not even himself, as he lampoons the missteps, pretensions, and absurdities of bike culture, all while maintaining a contagious enthusiasm for cycling itself.”

The book touches on different aspects of cycling culture, including the history of the bicycle, the different types of cyclists, road rules, and advanced cycling.

According to BikeSnobNYC’s descriptions of different types of cyclists, I would be categorized as “The Righteous Cyclist”.

“The Laden Righteous Cyclist, who makes a point of transporting unwieldy objects by bicycle or even moving to a new apartment by bicycle. (This is to reduce vehicular emissions, even though the miles of traffic that forms behind the Laden Righteous Cyclist more than makes up for the three gallons of gas they might have saved by not using a car to bring home the new-to-them couch)”

“Also, all of these (Righteous) cyclists will take great pains to remind you that they don’t have a car, unless they can afford to own a car or a parent or relative gave them a car, in which case they will provide a lengthy rationale and tell you how they never use it”

BikeSnobNYC takes amusing shots at several other cyclist personas, including the following:

“Like cobblers, blacksmiths, cowboys, and Luke Wilson, bicycle messengers continue to exist despite increasing irrelevance and a constantly shrinking demand for their labors.”

“Roadies are the junkies of the cycling world; they’re skinny and untrustworthy, and they’ll do whatever they need to in order to keep their habit going. The Roadie’s life is full of disappointed people – spouses, friends, family – all of whom have involuntarily funded their depraved lifestyle in one way or another. They don’t appear to enjoy what they’re doing and they don’t appear to know you exist.”

“Mountain bikers are also far more likely to have beer guts and hairy legs with tattoos of things like chain rings, reptiles, or Chinese characters – and that’s just on the ladies”

In some cases, triathletes are merely incidental cyclists who only ride because cycling happens to be part of a triathlon. If they changed the cycling leg to something else, like bowling, they’d probably all be buying bowling balls instead of bicycles.”

As you can see, BikeSnobNYC is funny and entertaining. But his book also touches some serious topics (in an amusing way). One such topic is the freedom that riding your bike provides – this is something that this blog has touched upon many times in the past.

True freedom is freeing yourself from various aspects of society: being a slave to your car, or to a train schedule, or a subway service or even to a bank for your mortgage. These are all things that are within our control, but our society has hard-wired us to accept the status quo and continue to live like slaves.

A bicycle is a simple tool that can free you from one or more aspects of society where you may be presently enslaved (or impotent as BikeSnobNYC explains):

“When you’re stuck in your car on the highway because an accident or construction has suddenly transformed a twenty-five-minute jaunt into a three-hour nightmare, or you’ve been sitting in a stopped subway train in a tunnel for half an hour after a particularly miserable day at work, you feel impotent – and nothing is more frustrating than impotence. These are the times when you attempt to bargain with the universe: “If you make this train move now, I swear I’ll be a better person.” Then you try to think of people worse off than you. “Well at least I’m not in prison”. But really, you are in prison, and even worse, you don’t deserve it.”

“Being packed onto a subway or a bus or even stuck in your car in traffic makes you feel like cattle, and that’s an awful way to feel. If you never want to feel like a cow again – physically or mentally – start riding your bike.”

Although I don’t agree with everything BikeSnobNYC says, he does make a great point here about the power of a simple bicycle to provide you some freedom, and at the same time you can have fun and get some exercise to boot.

It’s amazing that more people haven’t found this form of freedom in North America, yet it’s not so surprising when you look at the design of our cities. They are built primarily for cars, and every other mode of transportation has been simply an afterthought.

The unfortunate policy of avoiding “Complete Streets”, along with cheap oil has created a dependency in our society on automobiles and more cheap oil. The bicycle is but one simple proven tool that can help us reduce our dependency on our automobiles and oil.

I have admittedly veered away from BikeSnobNYC’s entertaining prose, but if you like what you have seen, you can buy his book from your local bookstore or online here.

Don’t let yourself be treated like cattle – you deserve better.