History of Transportation in North America 4 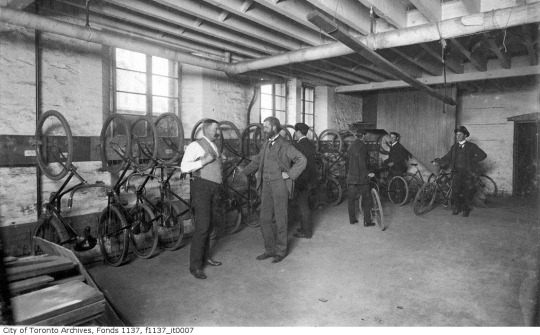 After watching a 1905 video on “Complete Streets” posted by our friend Herb from iBikeTO.ca, I was intrigued by how transportation in North America has transformed in the past couple centuries.

We have gone through several phases in our transportation history. Our first settlers arrived in our cities by water – primarily by canoe along our lakes, rivers, and canals.

Railways were the next prominent mode of transportation – the first railway lines in North America were built in the 1830’s – several years after England had started building its railways.

Bicycles were a common form of recreation and transportation

In the late 1800’s, streetcars were popular in many cities, while bicycles were common as a form of both recreation and transportation. By the early 1900’s, the automobile had started to become common in our cities – but only the rich could afford automobiles in those days.

In the early 1900’s cities were also beginning to pave their roads – a substantial improvement from the dust and mud of earlier years.

It was bicyclists whom advocated for paved roads

Ironically, it was bicyclists whom advocated for paved roads during the “Good Roads Movement” from 1880 to 1916. Little did these wheelman realize that advocating for better roads would contribute to an influx of automobiles which would eventually drive bicyclists out of many big cities.

On the other hand, bicyclists in the late 19th century were primarily of middle and upper class status, so I reckon none of them were complaining about making the shift from bicycling to driving combustion engine automobiles.

In the decades after World War II, North American cities expanded their roadway capacity to facilitate more motorists. This was done to keep up with demand, but it also induced demand – creating a cycle of expansion followed by demand, followed by more expansion – leaving us with very little space for more expansion, and traffic running at capacity in many cities.

Interstate system put America on a path to automobile-dependency

$425 billion dollars could have bought quite a nice high speed rail system and bicycle paths that would have encouraged more sustainable growth rather than the unsustainable sprawl that has resulted from our investment in highway systems. However, foresight was never a prerequisite to run for public office.

The following video shows the evolution of San Francisco’s Market street from 1905 to 2009.

As you can see, bicyclists are fairly common in the 1905 portion of the clip, but they all but disappear in the subsequent years – making a triumphant return in the 2009 portion of the video. 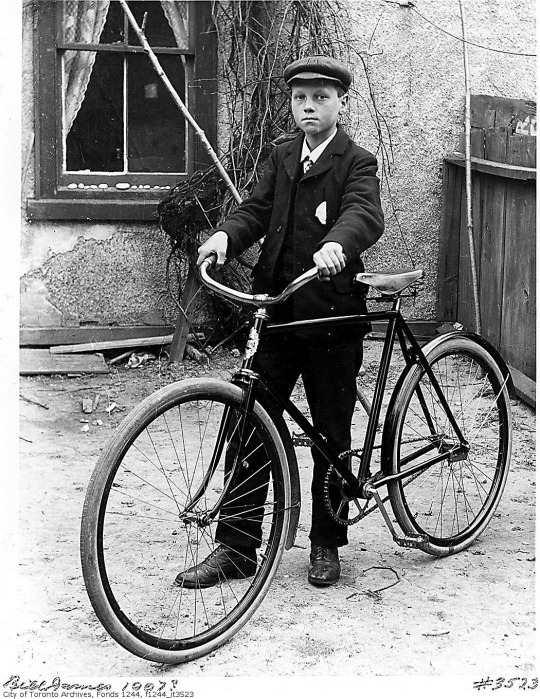 Transportation shifted from rail to air, transport and ship

In the past several decades, air travel, transport trucks and ocean ship travel have been prominent for moving people and products around the world – shifting from rail travel in the decades prior.

A similar story can be found when looking at automobile ownership. In 1960, the United States had 74 million motor vehicles – with a population of 180 million (one vehicle for every 2.4 people). By 2004, the number of vehicles had grown to 237 million vehicles – compared to a population of 293 million (that’s equivalent one car for every 1.2 people).

If we assume that 75% of Americans in 2004 were licensed to drive, that would mean there would be an average of more than 1 car per licensed driver in 2004 – and this trend hasn’t subsided.

North America is shifting to bicycles for transportation

However, with the limited amount of space for automobiles, record levels of obesity and an increasing awareness of our dwindling environment, people are making the switch to using bicycles for transportation – just as they have been doing in the Netherlands for decades.

After sampling many different modes of transportation over the years, I can confidently say that bicycling is the most efficient, reliable and fun mode of transportation I have experienced. It’s no wonder that people are making the switch to the bicycle every day.

It will be interesting to look back 40 years from now to see how our cities have changed from today. Will automobile ownership continue to rise? Or will more people switch to public transportation and bicycles in North America?

Fortunately, we won’t really have a choice – the status quo is unsustainable on many different levels. Perhaps the reason that is easiest to grasp is that there simply isn’t enough space for automobiles to sustain our population levels in larger cities.

Cities need to focus on providing alternate options and actually making those options compelling and fun by using a carrot approach instead of the stick approach.

If cities provide convenient, fun, and efficient options, people will alter their habits. Bold measures are needed to change the status quo and alter our history in the making.

4 thoughts on “History of Transportation in North America”