Making Sure Nobody Walks or Bikes 30 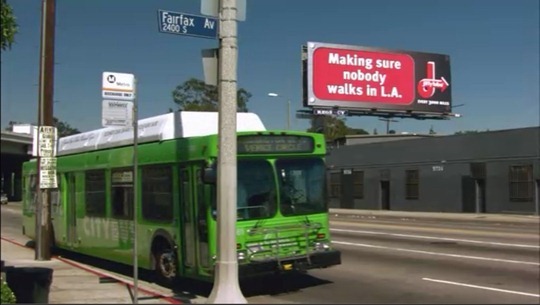 Photo courtesy of Who Killed the Electric Car

I spotted this billboard while watching Who Killed the Electric Car the other day. I couldn’t find a better quality photo of it, so I captured a screenshot from the movie. The tongue-in-cheek billboard reads “Making sure nobody walks in L.A.”.

Although catchy and probably effective for marketing this particular oil change company, this billboard reveals a dark truth about our society. We have essentially built cities that require automobiles for survival – cities that are designed so nobody can walk or bike to their destination.

The “making sure nobody walks or bikes” phenomenon can be attributed to several different industries and entities:

We can blame the oil companies, developers, car manufacturers and the government for “making sure nobody walks or bikes”, and it is well deserved criticism. But at the end of the day it is us who bought into their propaganda and effectively dug our own graves.

We can contribute to changing the direction we are headed and make our cities more liveable. Here are a few ideas on how we can effect change in our society: 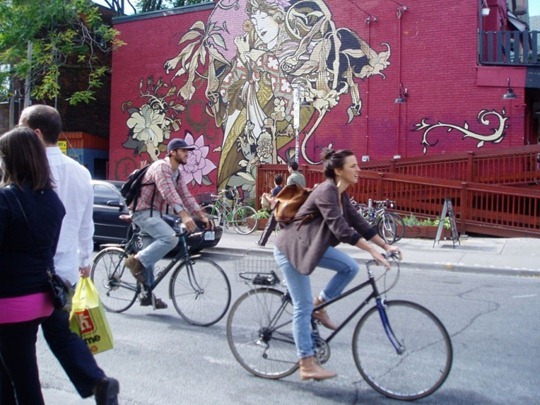 These are just a few things we can all try to do to ensure our cities are more liveable so our children won’t have to live in a society where industries and organizations are “making sure nobody walks or bikes”.

Our failed policies of the past can be reversed to make a better world for our children in the future.

30 thoughts on “Making Sure Nobody Walks or Bikes”