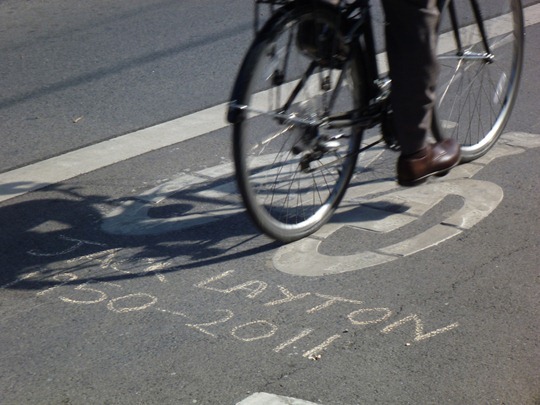 I was deeply saddened this morning to wake up to the news that Jack Layton had succumbed to cancer. Layton gave me hope for Canada, and hope for the world. That politicians can work hard to make things better in our community and in our country by serving the needs of the people instead of the needs of corporations and the wealthy.

I only had the opportunity to meet Mr. Layton once in 2005 when I was walking past him and Olivia on the sidewalk when they were meeting for dinner. I told him I was inspired by his platform and explained that we both share a similar vision for Canada, and I was proud to cast my vote for him.

Over the years, I spotted Jack numerous times riding around Toronto on his bicycle – a rarity for a Canadian politician, let alone the leader of a federal party that is now the official opposition party.

And they weren’t “PR” rides along a comfortable off-road recreational trail. Jack used his bicycle to get around the city – as transportation. He believed in a city that is built for people rather than cars.

Dr. Layton’s reputation as a year round bicyclist garnered him the nickname “Bicycle Jack”, and his commitment to improving cycling in Toronto dates back to his days as a City Councillor where he served until January 2003. 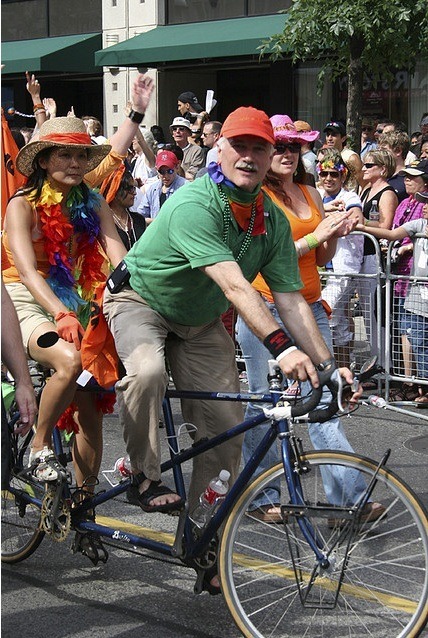 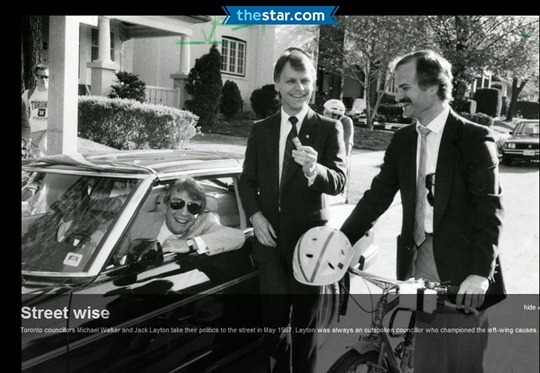 Jack stood up for the little guy. In the 2011 federal election he campaigned against the billions of dollars in subsidies given to big oil. He wasn’t afraid to pick a fight with anyone if he believed they were wrong.

Here are Jack’s last words from his goodbye letter that his family published earlier today:

Canada is a great country, one of the hopes of the world. We can be a better one – a country of greater equality, justice, and opportunity. We can build a prosperous economy and a society that shares its benefits more fairly. We can look after our seniors. We can offer better futures for our children. We can do our part to save the world’s environment. We can restore our good name in the world. We can do all of these things because we finally have a party system at the national level where there are real choices; where your vote matters; where working for change can actually bring about change. In the months and years to come, New Democrats will put a compelling new alternative to you. My colleagues in our party are an impressive, committed team. Give them a careful hearing; consider the alternatives; and consider that we can be a better, fairer, more equal country by working together. Don’t let them tell you it can’t be done.

All my very best,

Jack will be missed dearly by this blogger, bicyclist, Torontonian and Canadian. 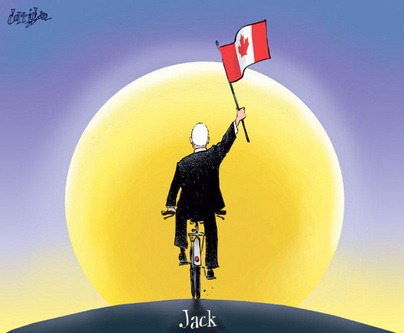