Want to Get Rich? Open a Gas Station in China 37 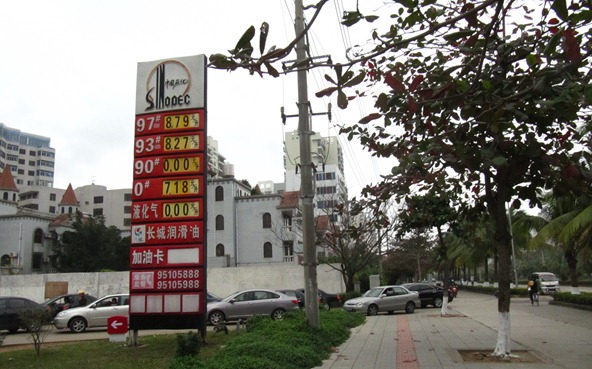 Want to get rich? Open up a gas station, a car wash, or an auto repair garage in China.

Car culture is sweeping through China as car ownership becomes affordable to countless new Chinese families. Car wash stations and auto repair shops are sprouting up all over the city I am living in – with demand still outpacing supply. Long line-ups are a regular occurrence at gas stations here.

The consensus among locals I speak to is that everyone wants to have a car. Owning a car validates that someone has reached a certain point of “success” in their life and once you reach that point where you can afford a car you never go back to riding scooters again.

The status works on a rising scale. The poorest of poor use pedal bicycles, which are becoming very uncommon here as people’s increasing wealth allows them to move up the chain to riding electric scooters.

Once someone reaches the next plateau of wealth, they ditch the electric scooters and graduate to car ownership. The wealthier you get, the more expensive your car is.

As the wealth here increases – and thus the number of automobiles increases – the Chinese will discover the ills and inconveniences of car ownership. They will reminisce about the days when they could actually get to their destination in a reasonable time on a bicycle or a scooter instead of sitting bumper-to-bumper not getting anywhere.

When they are sitting in a line-up for an hour just to fill their car with fuel they will miss plugging their scooter into the wall to re-charge it or hopping on their bicycle.

Yet they will find ways to rationalize sitting in traffic jams for two hours. They will tell you how comfortable their car is, how much they love listening to music in their car. They will find any reason to justify it – just like we have done since car culture swept through North America some forty plus years ago.

Below are a few photos I took of car-related business around the city while pedaling around on Saturday.

One of many car washing stations around the city – many of which didn’t exist a few years ago: 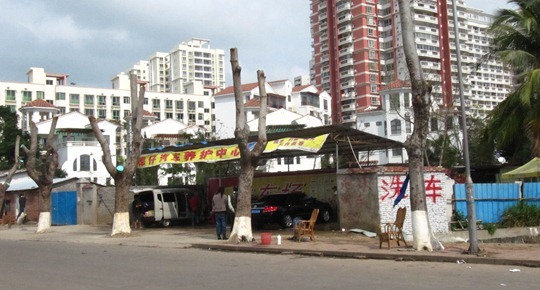 One-block-long line-up of cars waiting to get gas: 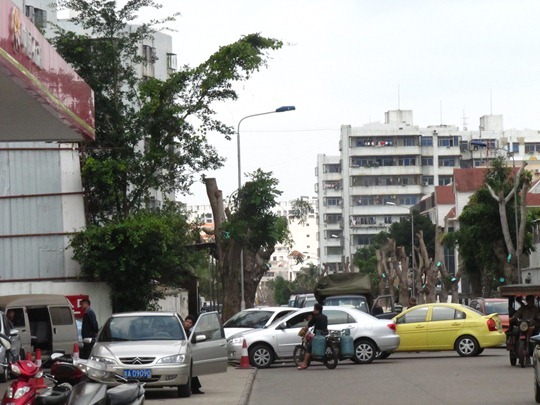 Some people got out of their car to get some fresh air while waiting for fuel: 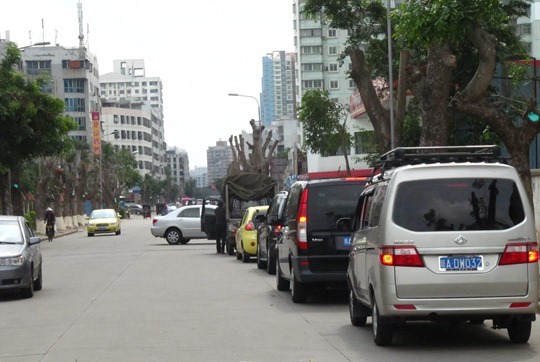 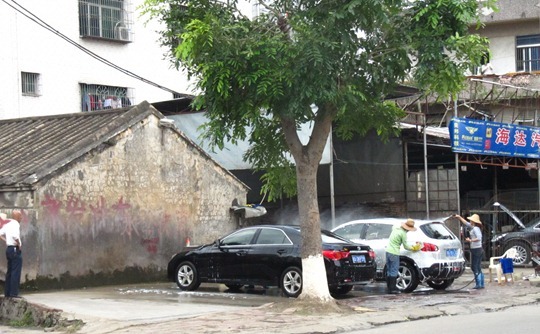 Porsche SUV and other cars being washed: 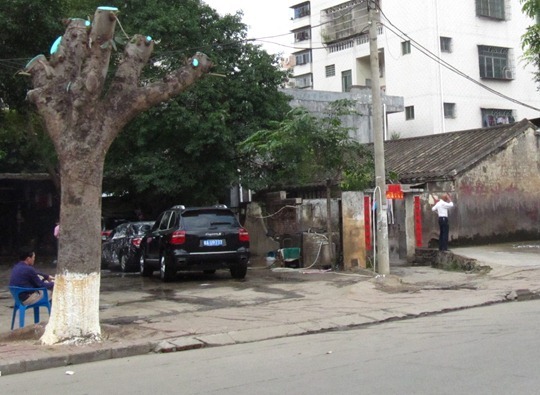 Even the natural-gas-powered taxi cabs weren’t exempt from line-ups. This natural gas station had taxi cabs waiting in line to fuel up: 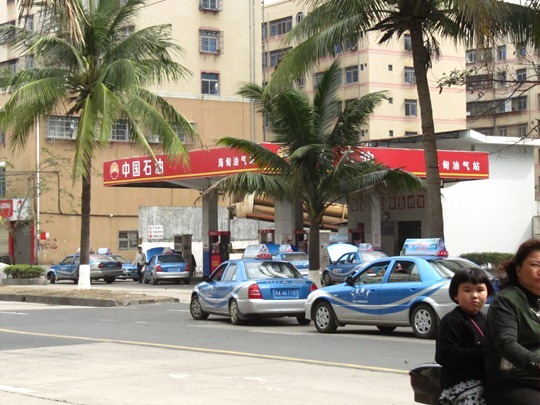 Cars slowly making their way through this gas bar: 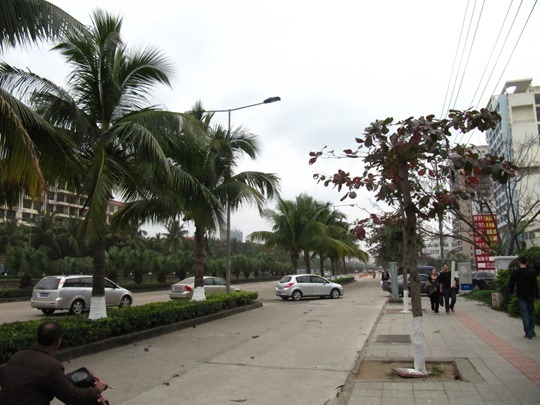 Chinese families thankfully don’t drive anywhere near the distances that Canadians or Americans drive, so cars don’t need to be filled up too often.

People largely live urban lifestyles here – I have yet to see a detached single family house in all my travels through China – so long commutes to work from the suburbs are uncommon here.

But this influx of car culture could change all that. Will the Chinese culture of urban lifestyles outweigh the pressures of sprawl? Time will tell.

37 thoughts on “Want to Get Rich? Open a Gas Station in China”