Only the poor ride bicycles in Shanghai 12 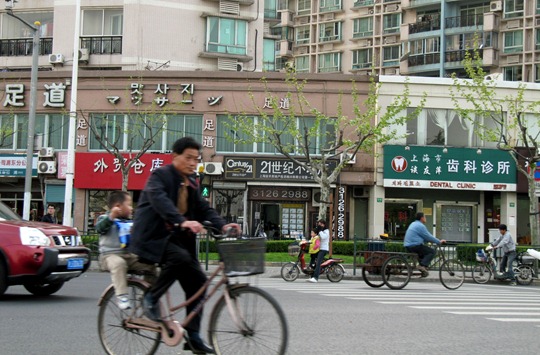 When it comes to using bicycles as transportation, there are few cities I have visited that intrigue me more than Shanghai. Shanghai citizens have a knack for utilizing their bicycles to their full capacity. From carrying fridges, to bathtubs, to beds – to the far depths of your imagination – they do it all with their bikes.

Bicycles have served Chinese cities extremely well for decades. Few methods of transportation can support millions of people for a minimal cost while taking up minimal space.

Shanghai’s bicycle infrastructure is also far superior to most cities in the world – with only a few exceptions in Europe. 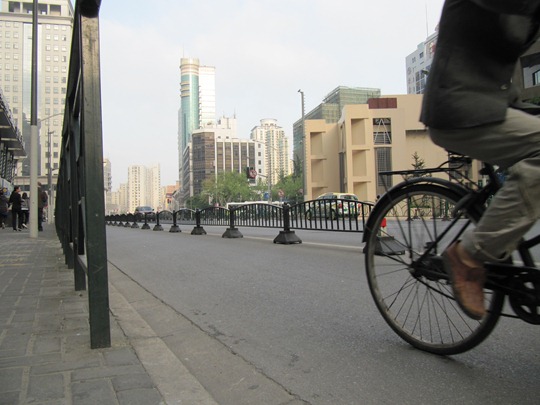 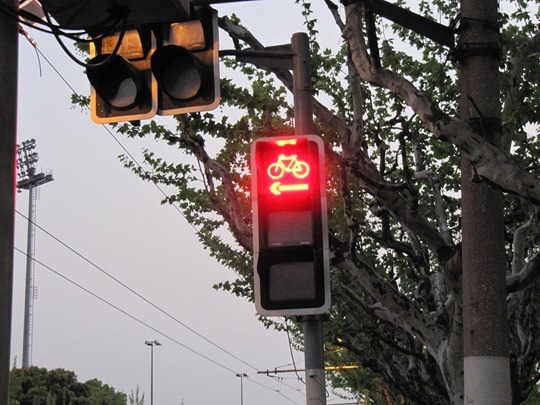 However, with both wealth and car ownership on the rise, China’s bicycle infrastructure is at risk of being overtaken to make more room for automobiles. The natural solution to a 100km traffic jam is to pave more roads for automobiles.

Unfortunately, this is a bad idea for the long term. As reader Todd points out – if Chinese cities have enough bikes to cause bicycle traffic jams, what is going to happen when they put these people in larger vehicles?

Chinese cities need to continue to support bicycles, or they will fill up with automobiles like New Orleans filled up with water after Hurricane Katrina. 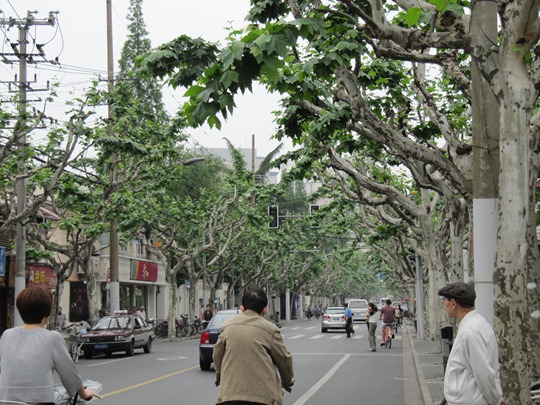 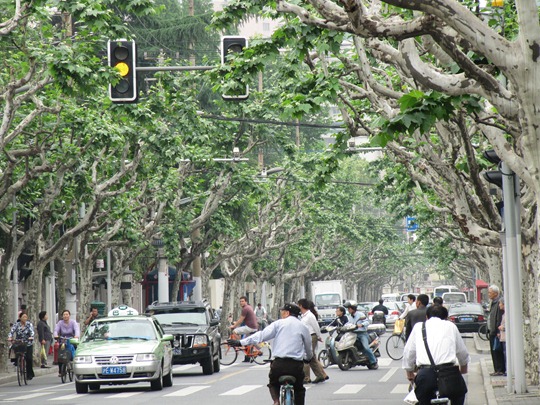 A recent article entitled “Shanghai’s 7 Social Classes” made some interesting (and amusing) points about the different social classes that exist in Shanghai.

A sad reality that the article points out is that only the impoverished class use bicycles as their primary mode of transportation (those who make less than 1,000 RMB or $149USD).

So what does this say about the future of utilitarian cycling in Chinese cities? It tells me that the wealthier people get, the less bicycles we will see.

In smaller Chinese cities – like Haikou, Hainan – we are already seeing a mass exodus of bicycles – especially in the last 5 years. Hundreds of thousands of citizens are trading in their bikes for electric scooters. The scooter boom is evident while cycling through Haikou.

So what can a foreigner halfway across the world do to help? We can try our best to urge the Chinese to learn from *our* mistakes. But in reality, they will need to learn on their own.

When their subway systems begin bursting at the seams, and their streets are full of automobiles that aren’t moving, they can at least look back on their rich history of using bicycles as transportation as a distant memory of better days.

I wonder if Katie Melua ever thought that her 2005 song ‘9 million bicycles’ would become outdated?

Will she need to write another song called ‘2 million bicycles’? Or will the Chinese continue to use bicycles for what they do best – efficiently transporting millions of people with minimal amount of space?

12 thoughts on “Only the poor ride bicycles in Shanghai”