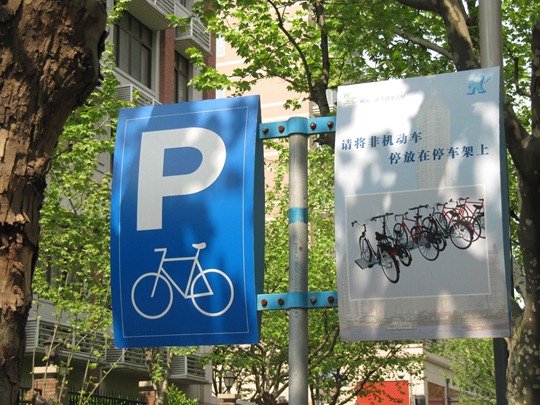 In Shanghai, there are a lot of bikes.. a LOT of bikes. With the high costs of car ownership, heavy pollution and traffic congestion, bikes are still a great alternative and you can quickly get around the city.

However, bikes are still generally considered to be the poor-man’s machine – and as the economy grows and people’s income increases, people are ditching their bikes for scooters, e-bikes and  automobiles.

Problem is, bikes and pedestrians are the bottom of the food chain. The only traffic enforcement you will see in Shanghai is to keep pedestrians out of the way of the automobiles. The single goal is to keep cars moving as quickly as possible.

You need to wait for a gap in cars – even though they are passing through a red light – and you need to run to avoid slowing down automobile traffic. The consequence of not doing so? At best, you will be brushed by a fast-moving automobile.

Fortunately, the traffic engineers have recognized this potential conflict between cyclists and automobiles, so they have provided many barrier-protected cycle tracks for bicycles and scooters, automobile-free streets as well as bike-free streets. 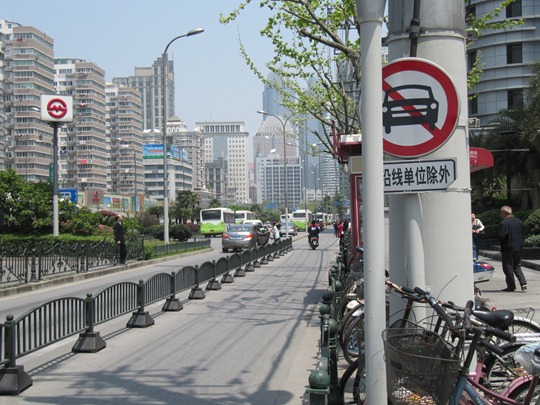 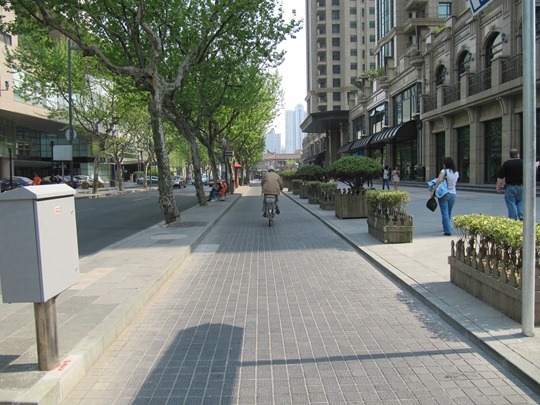 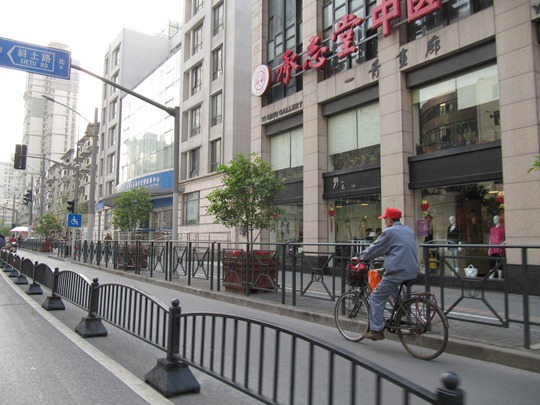 Shanghai also has designated bike parking lots everywhere. There are lines painted on the sidewalk to indicate where bikes should be parked. 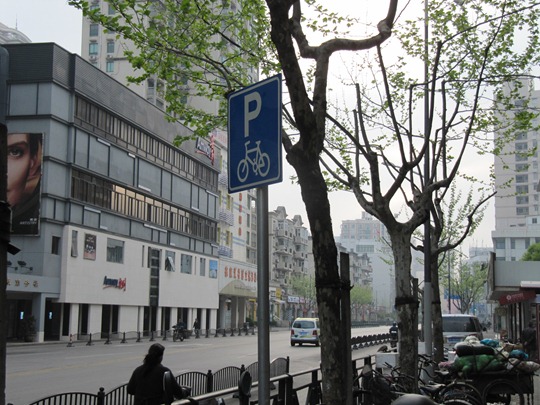 The following photo is from 6AM on a Saturday morning – so the bike parking lot is expectedly empty: 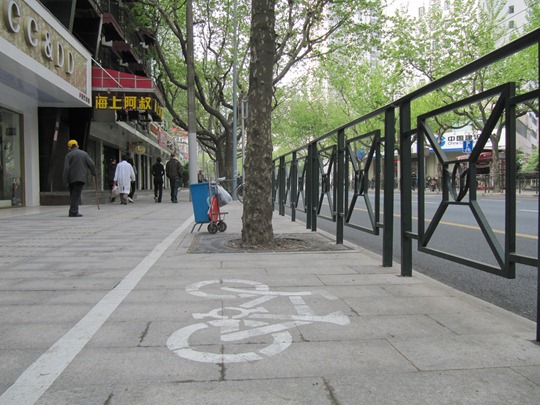 But don’t kid yourself – these bike parking lots are completely full on weekdays and most are full on weekends too. This photo is from Friday afternoon: 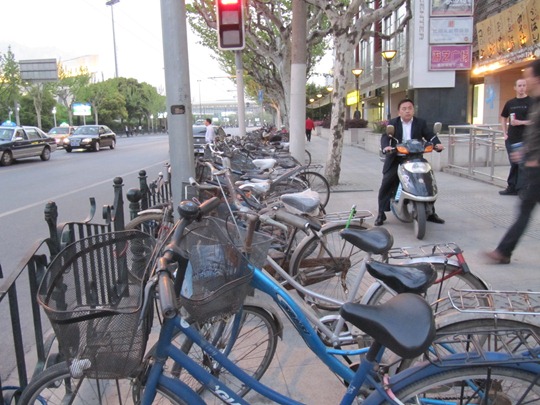 But perhaps more interesting is the idea of having a “handicap” bike parking spot. I have never seen anything like this in North America, and I’m not sure if they have these in Europe. 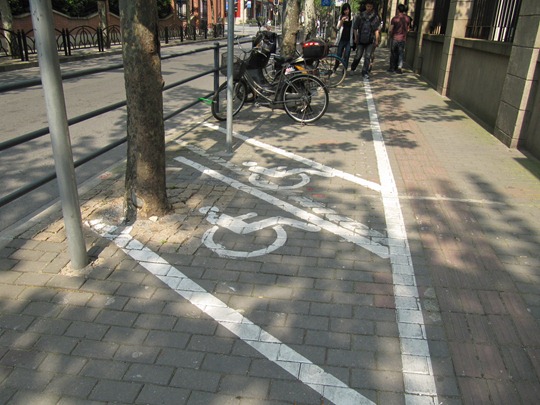 What really fascinates me about the cycling in China is what the future holds. The economy in China is growing at a phenomenal rate. People’s wealth will continue to increase and the temptation to use automobiles will threaten these cities just like they did in Europe and North America when car became king in the decades following World War II.

Big cities in China will hit a threshold where they may start to see bikes as an effective and pragmatic tool rather than simply using them because that’s all they can afford. Or if the government isn’t careful, China could simply turn into the United States. They could rip out the existing cycle paths to make more room for automobiles and then the great Chinese cities will be nothing more than big American cities.

At least bikes in China have some historical significance as being a pragmatic tool for transporting people and goods.

But will this be enough to secure the future for bicycles in China?

Stay tuned for more articles from my visit to China to discuss bikes in China as well as a profile of the fascinating Shanghai Maglev high-speed train.