The Urban Country Goes to China 2 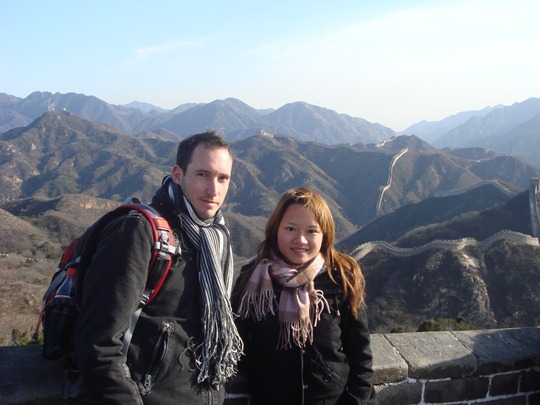 The Urban Country is headed to China for the next three weeks to celebrate our marriage and whatnot. We are on a 13-hour direct flight from Toronto to Shanghai tomorrow and after 4 days in Shanghai we will head south to the beautiful island of Hainan.

While in Shanghai, I will experience the cycling culture in that city of 20+ million people to compare it to other cities where I have cycled in the past. Most recently I was in New York City testing out the new segregated bike lanes.

I am planning to test out the Shanghai bike sharing program as well as venture out to the Shanghai suburbs to ride along the segregated cycle tracks.

I also plan to ride the Shanghai Maglev magnetic train from the Shanghai airport to downtown. This fascinating train reaches speeds of more than 430 km/h, reaching downtown in as little as 7 minutes.

Before I head to China – where this website is often censored – I will leave you with a thought about cycling:

Yvonne Bambrick – Executive Director of the Toronto Cyclists Union – made a comment recently in a televised debate on bike infrastructure. She said driving is a privilege, and cycling is a right.

This statement has resonated in my mind over the last couple of weeks. Cycling and walking are rights that we all have in our society. So why shouldn’t our society provide walking paths and cycling paths to help people feel and stay safe? Isn’t it our right to feel safe while walking or cycling around our city?

Our society has deemed walking important enough that we have built walking paths on almost every street in our entire city. But we can’t say the same for bike paths. Why is this? Why shouldn’t cyclists have the ability to move safely around our city?

It’s a recursive cycle that is self defeating – as evidenced by the 16-lane highways where cars are crawling at walking speed.

We need to embrace the “complete streets” strategy – where all users of our streets are given a share of the space. It’s not car vs. cyclist – both have their own purpose and their own right to the space on our streets.

Cars are an important aspect of the transportation in our cities, and they always will be. But we need to give people more options so that they aren’t required to get behind the wheel of a car just to feel safe.

And the health benefits of cycling are a bonus. Dr. John Pucher – the professor and cycling advocate once said during a lecture:

2 thoughts on “The Urban Country Goes to China”