What Would You Do For $100 Million Dollars? The Incentives Behind Lance Armstrong 17 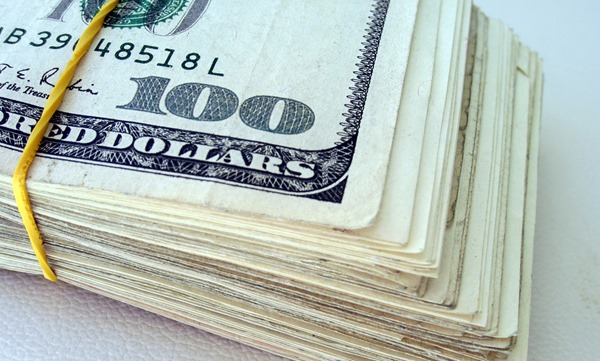 In a recent article, I wrote that I care more about what Lance did with his fame than how he achieved it. I asked whether it is really cheating if everyone was doing it. I claimed that Lance had done more with his fame than most other professional athletes, so he should be judged with this in mind.

But the confessional interview with Oprah has provided me a better glimpse into this man and his intentions. The interview made it clear to me that the offence of doping was almost insignificant compared to everything else that Lance did in subsequent years to cover up his doping.

It is clear to me now that Lance is not the selfless man who was giving back to the cancer community as I had portrayed him. Lance was an extremely selfish man who destroyed the people’s lives who threatened to expose him. His own interests were more important than anything else in the world.

But one thing that is not widely discussed in the media is the financial incentives that drove Lance to lie and to viciously attack his detractors all these years.

When Lance discussed the $75 million dollars in endorsements that abruptly disappeared when the widespread evidence surfaced about his doping, it became clear that money is one of the primary motivations for Lance’s vicious cover up.

A less self-centered man might have told Oprah that all the money he had earned was based on a lie, so losing $75 million in future revenue was well deserved. But Armstrong seemed to believe he deserved his fortunes and he indicated that he would have protected that $75 million dollars to his grave had he not been caught. That says a lot to me.

Now just imagine someone offering you $100 million dollars to use performance enhancing drugs to win the Tour, and then lie about it after. Few people would have turned that down.

And it wasn’t just Armstrong who made these selfish financially-driven decisions. He was surrounded by dozens of people – his enablers – who had every reason to put him on a doping regimen and help him conceal it, since they too would financially benefit from Lance winning at all costs.

At home Armstrong was surrounded by people (like his ex-wife) who knew he was doping, but had no reason to encourage him to come clean because the tens of millions of dollars that he would lose would have a direct impact on them.

He was also surrounded by powerful corporations that acted as enablers to help maintain the Lance lie, because exposing him could threaten their brand and they would lose a valuable revenue stream if the truth were to surface.

The ex-cyclists who had admitted to doping and thus implicated Lance did not stand to lose a mountain of cash like Lance. They didn’t have the same financial incentives to lie as Lance did. In fact, some of them were struggling to make ends meet because Lance had sued them, or had ruined their reputation to keep his secret from being surfaced.

Coming clean is much easier to do when you don’t have a $75 million dollar bill on the line, and scores of people who want to see to it that you don’t lose that $75 million, because their lifestyles and careers depend on it.

Our society generates significant financial incentives for athletes to use everything at their disposal to win. We dangle millions of dollars like a carrot on a stick in the face of these athletes, their teams, and the companies that sponsor them. Then we get upset if they grab the carrot using all means at their disposal. We expect athletes to be pure, but we provide few incentives for them to actually be pure.

If Lance had to do it all over again, he would likely have made many of the same decisions. He knew what it was going to take to win the Tour those 7 years in a row, and he would rather be a liar, but have a net worth of $100 million dollars, than an honest man who is struggling to pay the mortgage on a $200,000 home.

Lance wasn’t the first cheater and liar that our society has created, and he surely won’t be the last. As long as those financial incentives are there, it will continue to happen.

I still morally support the Livestrong Foundation and all the great things they are doing to encourage a healthy lifestyle and support cancer patients. I can also appreciate the humanitarian side of Lance.

But I think Lance has a lot of work ahead to become a better person. I can only hope that his children will help him to see that there is more to life than money and power. Hopefully him getting caught will help to humble the man who couldn’t be humbled.

17 thoughts on “What Would You Do For $100 Million Dollars? The Incentives Behind Lance Armstrong”