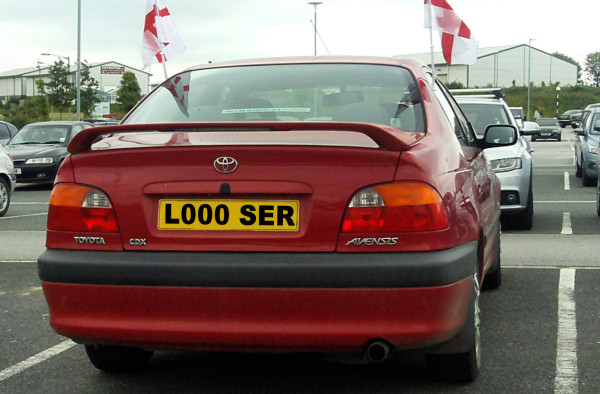 After carelessly driving like a “maniac, dangerous idiot”, a 52-year-old grandmother wrote an anonymous letter of apology to a man whom she cut off on the highway, narrowly avoiding what could have been a deadly collision.

From the letter posted on the Toronto Star:

“I would like to put in your paper an apology about a stupid and dangerous act that was orchestrated by none other than myself.

“I dangerously cut a car off on the ramp from eastbound 401 to northbound 404. It was a stupid act of being in a hurry and almost creaming a poor guy coming on the on ramp to go north. I didn’t look properly. He had to do an amazing swerve and avoided an accident that would have tied up that ramp in rush hour. He did a stellar job and I did not.

This confession letter in the mainstream media is not insignificant. The media often tends to paint collisions as unavoidable “accidents”. Collisions are in fact rarely unavoidable accidents, and often result from human error from driving carelessly and without due caution.

On Twitter, Tara Goddard (@GoddardTara) explains why our society has a tendency to ignore or downplay driver misbehaviour:

This rare admission of dangerous/careless driving behaviour is a great first step in improving safety on our streets. Car crashes kill so many people that it hardly makes the news when someone is killed. Instead, the news becomes a summation of the number of deaths over some time frame (e.g. 6 people killed on roads over long weekend).

The grandmother who confessed to careless driving isn’t the first otherwise sane, normal person, who turns into a sociopath upon stepping foot inside a motor vehicle.

There is something about traffic jams, other idiot drivers, and the anonymity of being enclosed inside a metal box that can turn an otherwise courteous, congenial person into a psychopath who indiscriminately puts other peoples’ lives in danger by driving a car in a fit of rage.

I would surmise that the vast majority of us have been possessed by road rage at one point or another. I think my epiphany came in 2005 when I was late for a wedding, and stuck in heavy traffic, and a friend of mine reminded me that getting angry at traffic congestion will not get us to the wedding any faster.

At best, getting angry or impatient in a car will shave years off your life. At worst, it will get yourself, or someone else, badly injured or possibly killed. This is not beneficial to anyone, nor is it therapeutic. Anger begets more anger. Stress begets more stress. It’s contagious, and you can see it on our roads every day.

In 2011, we wrote about our friend Duncan who realized he was a bad driver and had his own epiphany:

“I’ve recently realized that I was a bad driver.

This carelessness and incessant impatience on our streets has become so bad that people put “Baby On Board!” signs in their cars to serve as a desperate reminder to other drivers that there are actually precious human beings inside other motor vehicles. This perhaps brings a little bit of sanity to drivers who may otherwise be possessed by the road rage bug.

Just this week a Toronto Sun reporter confessed her hatred towards cyclists, but decided that she no longer hates bicyclists after riding a bicycle in the city but one time.

“I used to hate cyclists.

I can admit as a driver who navigates through the downtown core on a regular basis, I used to curse cyclists whenever they came too close for comfort.

But things have changed since I saw the road from a bicycle seat.”

Empathy is a powerful thing.

In her confession/apology letter, the grandmother continues:

“I would like to say sorry to him in his black, small car and thank him for dealing with an idiot like me on the road. This happened at about 3:10 give or take, on Tuesday afternoon. (I was too busy driving like a wild woman to even notice the time.)

“I was late to pick up my granddaughter and was totally engulfed in my own, obviously dangerous world. Thank you, sir for not reporting a maniac like me, and I’m sorry for causing you stress. Thank you for being a pro, unlike me.’’

“I’d go to the ends of the earth for my kids and I was in a hurry because I’d made that commitment,’’ she says. “I was so hyped up. I was in a mad panic.’’

But she’s not trying to use that as an excuse. “I was an idiot and I’m just really sorry.’’

Thank you anonymous grandmother for acknowledging your careless driving, and the danger that it inflicted on the people around you.

I hope others will experience their own epiphanies and perhaps our cities and streets will become safer and more civilized.

2 thoughts on “Grandmother Writes Apology Letter After Driving Like “Idiot””