While driving on the highway yesterday I had a thought. Wouldn’t it be nice if there weren’t so many cars on the road with so many empty seats? 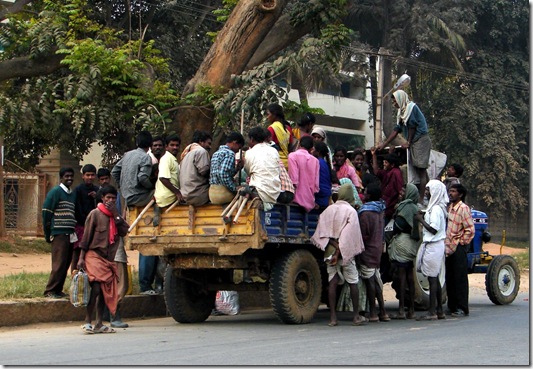 Wouldn’t it be cool if you could easily find someone heading to the same destination as you to carpool with? Well Twitter could be the tool that makes this a reality. Who would have guessed that twitter could help us reduce our impact on the environment?

Several friends have asked me what the point of twitter is and why should they care. I typically respond by telling them that twitter is a good tool to share little tidbits of information with people with common interests.

There are more useful applications of twitter that will surely surface in the future, and I think twitter would be a good candidate to coordinate carpooling.

Sure there are sites out there already dedicated to carpooling, such as carpool.ca or carpooltool.com or ride-share.com. But it would be much more convenient if for example, you tweet:

It doesn’t get any more convenient than this; especially with twitter’s compatibility across hundreds of devices.

I did a quick search on twitter and at least one person has used twitter for this purpose:

“quin_tessential: . out of town friend needs ride to SF from Hollywood this Sunday. Anyone down for a #carpooling with a cute Swede?”

There’s of course some risk involved in using twitter to find carpool partners, but you could use twitter to leave feedback on your carpooling partner in the form of a “tweet” so that other people can see your feedback. They would simply search for “@jamesschwartz #carpool” to see what others are saying about their experience carpooling with me.

There are many possible uses for twitter, and we’re sure to see its usefulness expand in the future as it evolves to become a more mature method of communication in today’s high tech world.