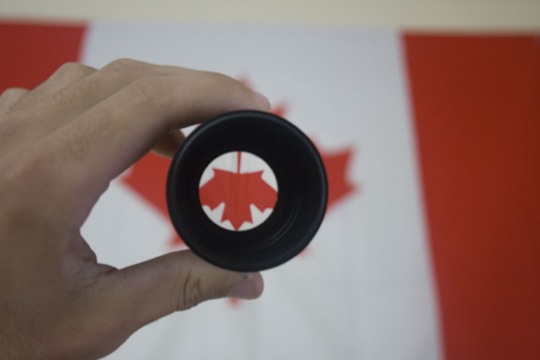 Last Wednesday, Canada celebrated her 142nd birthday. A recent poll suggested that only 21% of Canadians knew how old their country was turning. If it isn’t bad enough that reportedly 4 percent of Canadians think that Canada is younger than 100-years-old, another recent study takes an even bigger dump on our beloved country.

The study assesses each country against the following measures:

With its ever-rising emissions, Canada fails in every single category with the notable exception of the “CO2 per kWh electricity” category, given Canada’s extensive hydro-power generation.

The United States can thank the Obama administration for its improvement in the WWF ranking, “Overall, there has been more action in the US on climate change in the last four months than in the last three decades – a trend that will hopefully continue in the coming years.”

But don’t get too excited my Americano friends; the G8’s highest absolute emitter received a failing grade in all but 3 categories, scoring “yellow” in “Leadership in climate negotiations”, “Renewables”, and “Emissions per GDP”.

Given the number of environmental initiatives I witness firsthand every day in Toronto, it’s particularly frustrating for me that a handful of selfish, spoiled over-consumers and politicians have to ruin it for those of us who actually give a shit.

But the environmental movement is not in vain; I strongly feel that we’re at the beginning of a long process of change that will continue to evolve to overcome the challenges that are presented in a country with such a large land-mass and a commodity exporter like Canada.

Canada desperately needs a leader who is willing to take the initiative to tackle today’s tough environmental challenges. Far from being a tree hugger, Barack Obama has managed to put the United States back on a more positive path than any of the previous administrations with his environmental initiatives. Let’s hope he keeps the United States on the right path because it can only set an example for other lagging countries to adopt similar environmental policies.

Meanwhile, if Canada doesn’t change its course, we can sit back with our glowing (nuclear) hearts and see thee (temperature) rise.

And for those ignorant Canadians who can’t recall Canada’s year of birth, all you need to do is recall the last time the Toronto Maple Leafs won the Stanley Cup, then add 100 years. It’s as simple as that.

One comment on “With Glowing Hearts, We See Thee (temperature) Rise”