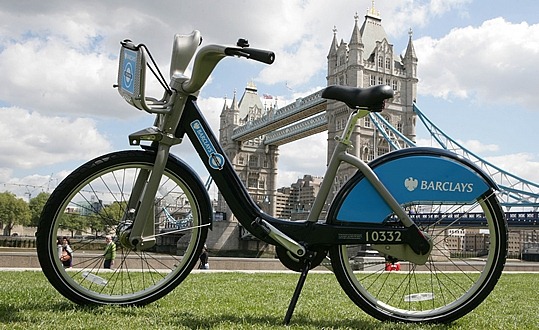 DC’s new CaBi (Capital Bikeshare) program might fall short of Paris or Montreal’s bike sharing systems, but when it comes to fashion, Capital Bikeshare out-styles the world of bicycle sharing.

The bright red bikes are easy to spot and appealing to the eyes. We took a look around the world to compare CaBi to a whole world of bike sharing. 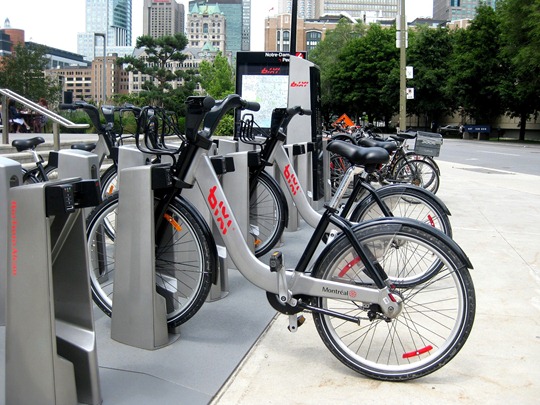 Toronto decided to take its characteristic, mundane, copycat approach by adopting Montreal’s BIXI bikes and simply slapping on some blue “City of Toronto” paint on them. Toronto didn’t even have the dexterity to come up with its own branding for the bike share program. If the plan goes through in 2011, a Toronto BIXI membership will cost $95/year, $40/month or $5/day. 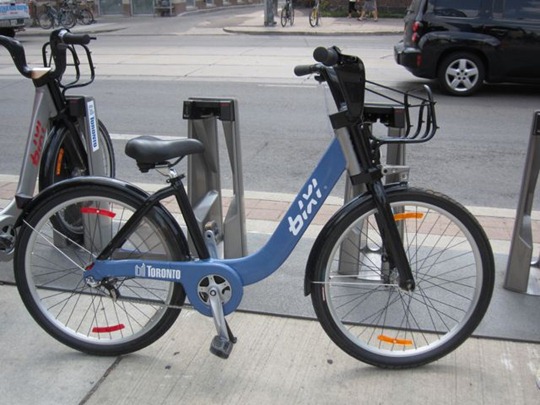 Photo courtesy of “Biking in a Big City”

Similar to Toronto, Melbourne chose blue for their bike sharing program. Melbourne on the other hand went with a less bland blue colour than Toronto, and even displayed more creativity than Toronto by naming their system “Melbourne Bike Share”. A membership for Melbourne’s system costs only $50/year, $8/week or $2.50/day. 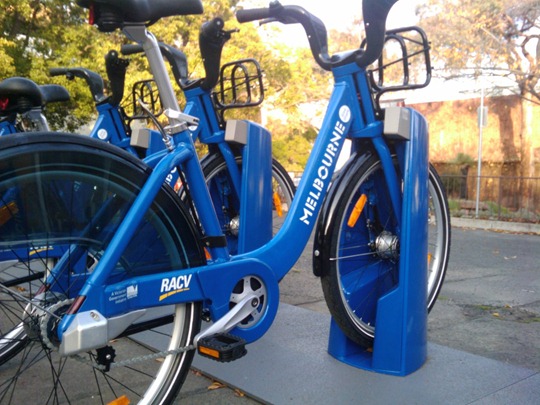 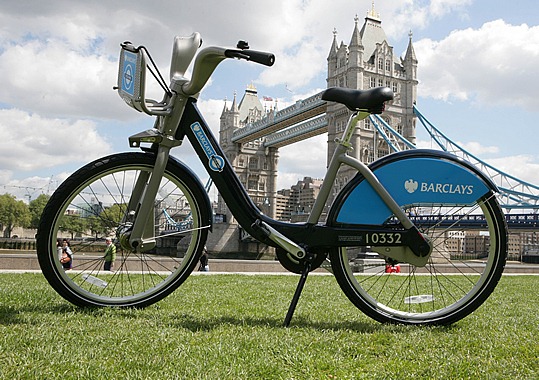 The Vélib’ system is more “rounded” than the BIXI-style bikes, but the grey colour isn’t very appealing, and they blend in nicely with the concrete. The basket on the other hand is most useful. You can buy a Vélib membership for ~$40/year, ~$7/week, or ~$1.40/day. 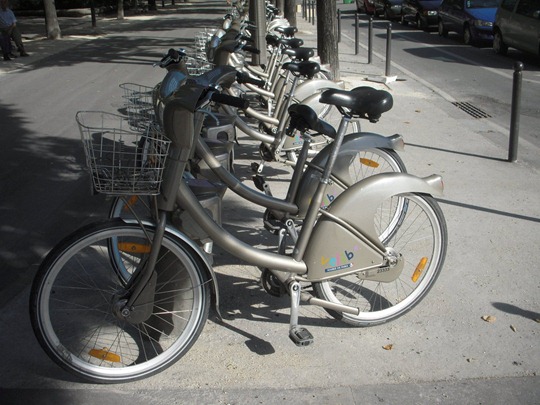 Nice Ride Minnesota adopted the BIXI-style bicycles with an interesting and creative brand on these green bikes. For only $60/year, $30/month or $5/day, you could have your own “nice ride”. 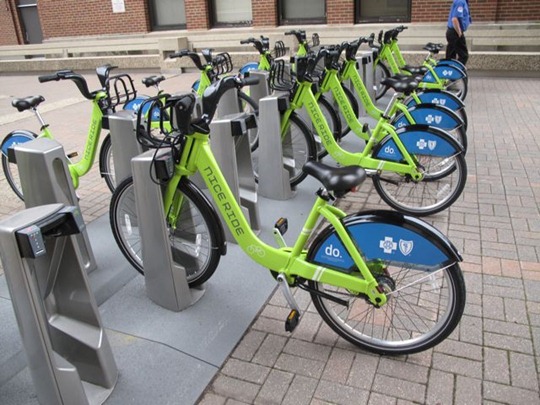 Photo courtesy of world of daveymac

Any criticism for the Denver B-Cycle bicycle is quickly counterbalanced by its practical, heavy-duty front basket. Denver’s B-Cycle program is also significant because it is regarded as “the first large-scale municipal bike sharing system in the United States”. Memberships cost $65/year, $30/month, $20/week or $5/day. 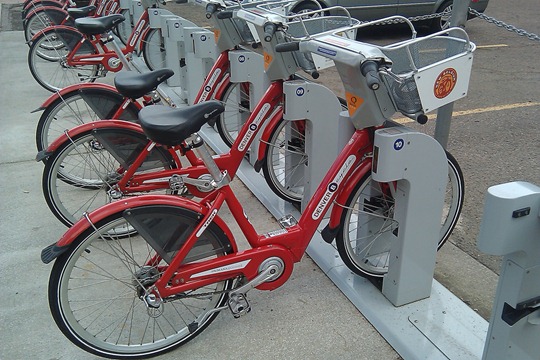 While in Shanghai, we rented these “Forever” bikes for ~50 cents for an entire day. They came with built-in wheel locks, so returning them to stations wasn’t necessary. We rode them for more than 8 hours around that city of 20 million people. 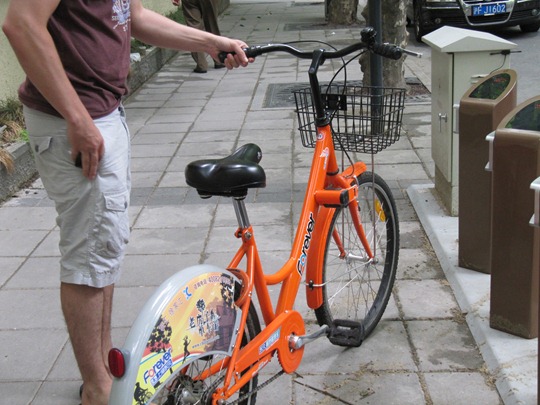 Here is a Lyon, France “Vélo’v” bicycle – similar to Paris’ Velib bikes. Don’t you get the shivers when looking at these hideous colours? Memberships for Vélo’v cost ~$20/year, ~$4/week, or ~$1.40/day. 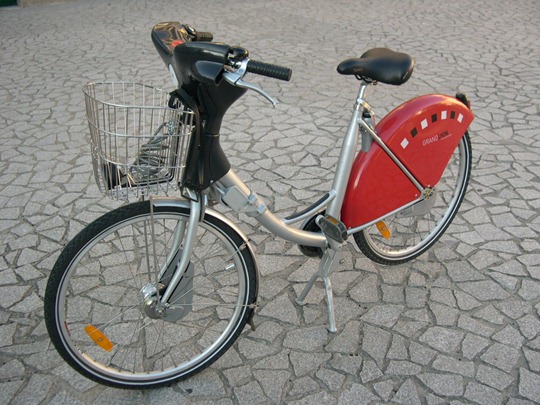 Let’s not forget about Barcelona’s Bicing bike share program. Arguably the ugliest bike sharing bicycles in the world, these bicycles have been available for rent since March 2007 for only $41USD a year. 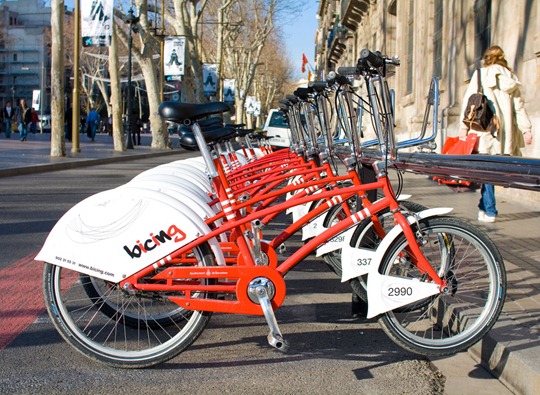 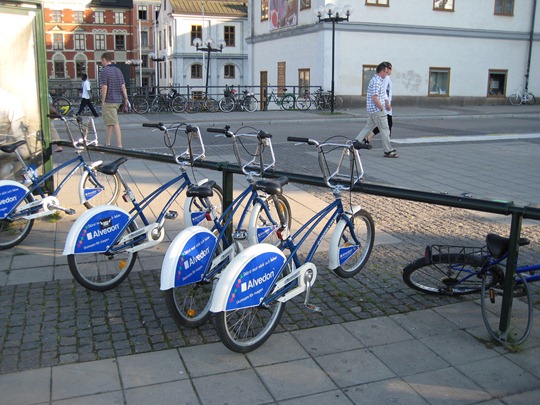 After looking at these other bike sharing bikes around the world, don’t these Capital Bikeshare bikes look most wonderful? You can buy a membership for only $50/year (limited time only), $25/month, or $5/day. 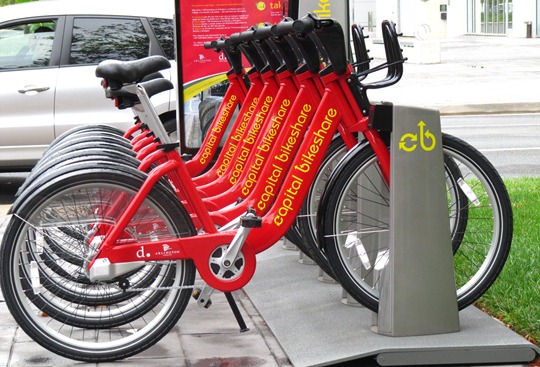 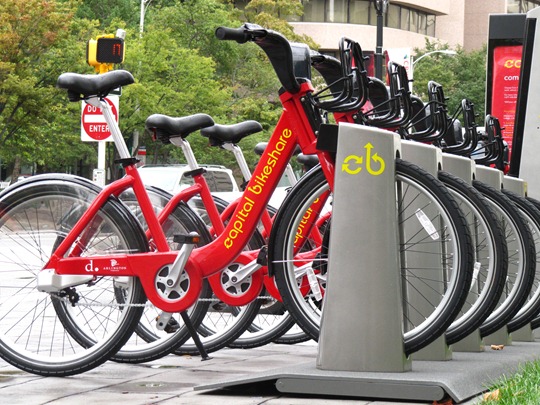 Which bikes do you find most or least appealing?