The Bicycle City Film – Lifting People out of Poverty 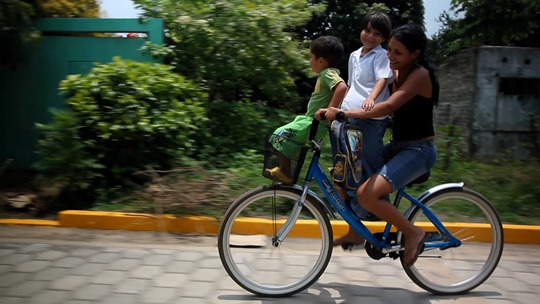 What happens to an impoverished developing nation town when you flood it with 20,000 bicycles? You lift three times that number of people out of poverty.

That is the premise of The Bicycle City – a feature length documentary film by Director/Producer Greg Sucharew.

“The Bicycle City is the story of the struggle, determination, idealism, and hope that has brought about the transformation of an entire society.

Crippled by decades of military dictatorship, civil war, and environmental catastrophe, Nicaragua is the second poorest country in Latin America, having one of the region’s lowest GDPs and the second highest Human Poverty Index, behind only Haiti. Economic opportunities are few and those born into the lower classes tend to remain in poverty for life.

Over the past 20 years, more than 20,000 bicycles have been brought into Rivas, a city on Nicaragua’s Pacific coast, by the non-profit Pedals for Progress, which collects donated bicycles in the United States and distributes them in impoverished communities worldwide. Since the first was unloaded in Rivas in 1991, the bicycle has become an integral part of daily life.

Told from the vantage points of Julia, the street vendor; Xiomara, the young mother; Joaquin, the entrepreneur; and David, the unlikely philanthropist, The Bicycle City is the story of how an idealistic experiment has helped the war-ravaged city of Rivas find its own path to recovery and normalcy through the introduction of cheap, reliable transportation in the form of the bicycle.”

What a great story. Here are a couple photos from the film as well: 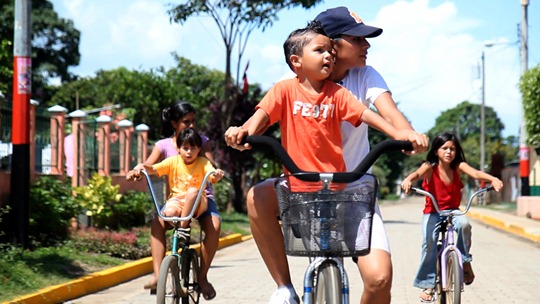 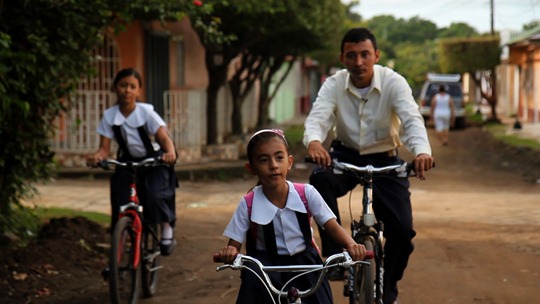 I caught up with Director/Producer Greg Sucharew today and asked a few questions about the background of the film.

He told me the film has largely been funded by Sucharew himself and his Director of Photography Frank Trotta, with a small portion of the funding being provided by donations.

Sucharew expects to be in post production for 6 to 9 months before the film is ready to be distributed (also depending on funding). At that point he will submit the film to the festival circuit in order to sell it to distributors.

I sincerely hope Sucharew is successful in distributing this film to a wider audience to bring greater exposure to this story of how bicycles can transform an impoverished community.

Sucharew describes his film in a similar way that I would describe The Urban Country:

“We are not only presenting Rivas Nicaragua as an example of an alternative path to development, but we are also presenting the bicycle as an alternative form of transportation, and as a form of transportation that provides a solution to some of the major problems we face in the developed world like environmental degradation, urban and suburban sprawl, and addiction to hydrocarbons.”

You can help support this film by sharing it on your own blog, following Greg on Twitter and Facebook, or making a donation to support the production of the film.