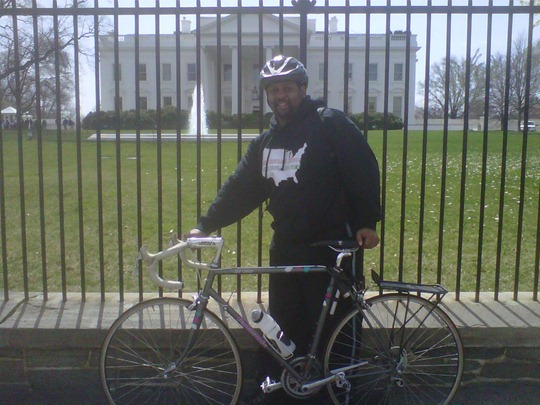 Black communities across America still face significant challenges – more than 40 years after Martin Luther King Jr.’s death. The country has made significant progress since the dark days of slavery – or the pre-MLK days of segregation – but institutional racism is still a prominent pillar of American society that discriminates against blacks in a less explicit, but very damaging way.

39-year-old Baron Hilliard decided to do something about it.

Hilliard decided to make his last year before turning 40 unforgettable – so he bought his first bicycle and set forth on a year long journey across America to visit cities with large black populations to uncover black history and black-owned businesses.

As Hilliard puts it:

“The black community is facing a crisis of epidemic proportion. Despite the “progress” we have seemingly made over the years, marked by the election of the first black man as President of the United States, our community continues to suffer disproportionately in almost EVERY social ill in this country: The high school graduation rate of our young males is the lowest of any group, our children are reading at levels way below their counterparts, unemployment rates for black people is higher than any other group, 75% of our children grow up in single parent homes.”

“I can go on to talk about teenage pregnancy, HIV/AIDS rates, poverty, incarceration… you name it. If it’s a bad stat, most likely black people are disproportionately represented. Not to mention the image and perception portrayed of our community in the main stream media. Recently, I’ve been inspired by something that I first heard from Louis Farrakhan, but has been uttered by so many of our leaders throughout history. ‘Why does the black community continually wait for others to do for us what we can do for ourselves?’”

“What I am calling the “Journey Through Black America,” is my personal attempt to start a dialogue that results in the black community coming together to make a better future for ourselves. I will be traveling throughout the country by foot and bike, uncovering wonderful stories within the black community.” 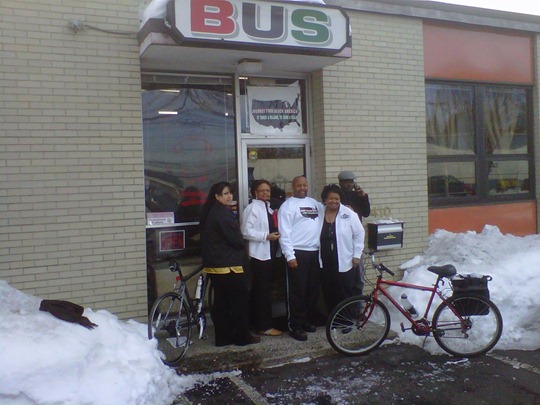 It isn’t surprising that Hilliard chose to ride a bicycle on his epic journey around America to connect with the people in these communities. The bicycle is a tool that isn’t plagued by the anonymity and discreteness of the automobile.

Where the automobile detaches one from his community, the bicycle can unite him with his community. On a bicycle you see things, and meet people that would otherwise just be blurred objects in passing. On a bicycle, Hilliard can engage in these communities and still cover distances that couldn’t be covered solely on foot.

This is a great story of one man making a difference and highlighting positive stories in the black community in a country that is littered with negative media about black communities.

Join Hilliard on his journey by following him on Twitter and Facebook. If you live in the United States, support him by offering your couch or donating to help with his travel costs. Or ride along with him if he is visiting your area.

To read more about Hilliard’s journey, view this news article, or visit his website http://www.journeythrublackamerica.com.

3 thoughts on “Journey Through Black America”