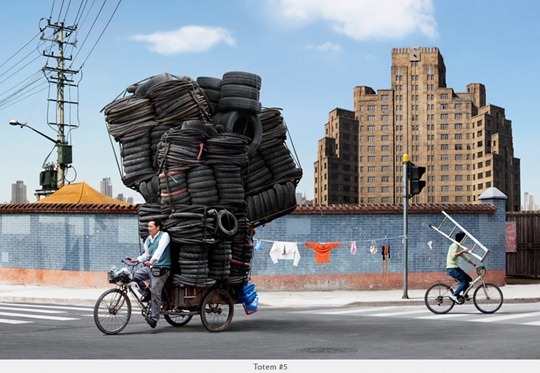 In May 2010 I visited Shanghai, spending a great deal of time observing how migrant Chinese workers use bicycles for utilitarian purposes. I was astonished by the capacity of goods that can be transported by bicycle and intrigued by the gap between these workers and the wealth that surrounds them.

At the same time that I was riding around Shanghai on a rental bicycle with my friend Mark, a French photographer named Alain Delorme was also navigating Shanghai by bicycle snapping photos of migrant workers transporting large loads.

Delorme spent 44 days taking photos and another 6 months using Photoshop to exaggerate the loads to bring attention to the migrant workers. Delorme explains:

“I had the idea of Totems when I was artist in residence in Shanghai. A few days after I arrived, I felt kind of dizzy, sick with the constant turmoil of the city, the endless stimuli coming from all directions. That’s how I set my mind on a series on accumulation. I was also struck by the feeling of a two-tier China, fluctuating between the glorious modernity of its high buildings and the simple lives – even the deprivation – of some of the people in the streets. The impressive loads that the migrants carry around appeared to me like the perfect way to illustrate these two aspects, and also a good angle to raise the question of accumulation/consumerism.”

“My totems are therefore highly symbolic: the migrant appears in the first place like a superhero able to carry around this kind of load. But, very quickly, we have the feeling that the objects he is carrying are about to swallow him up, that he is overwhelmed by them… just like the consumer is. But you can see other questions raised in my work; for example, I break with the rules of the documentary genre as the loads the porter lifts are exaggerated in order to draw people’s attention, even though we could have the first impression that the picture is real.” 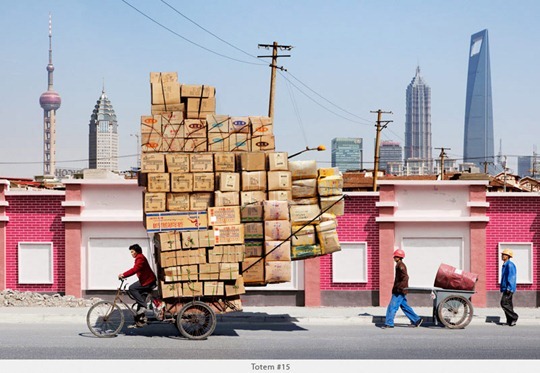 “I just wanted to give my own vision of China at the time of the World Expo, beyond traditional photographs. For instance, we all have in mind images of masses of people working in big factories. I wanted to go in the opposite direction and focus on the individual.”

“For once, the stress is not on the skyscrapers, but on the migrants who walk the length and breadth of the city with incredible loads. In my opinion, these migrants are even more impressive.”

These symbolic images capture beautifully how the Chinese push their workhorse bicycles to the extreme, doing more with less.  The contrast between these workers with very little means and the exotic towers of Shanghai lurking in the background provides a glimpse into China’s rich history of the bicycle as a pragmatic and cost effective mode of transportation. 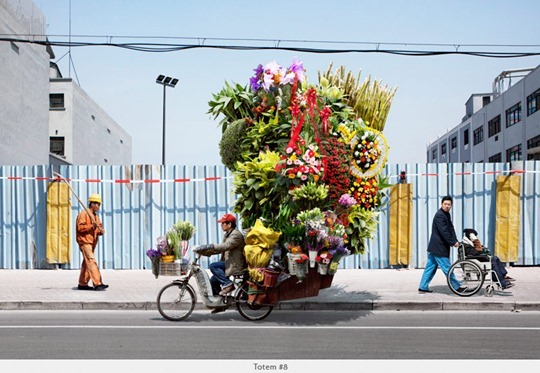 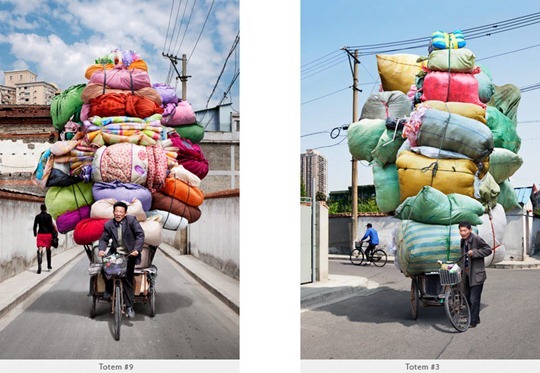 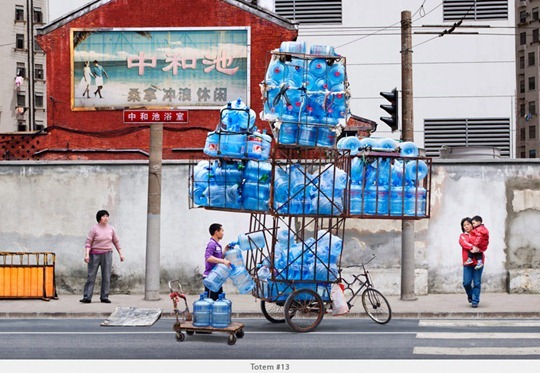 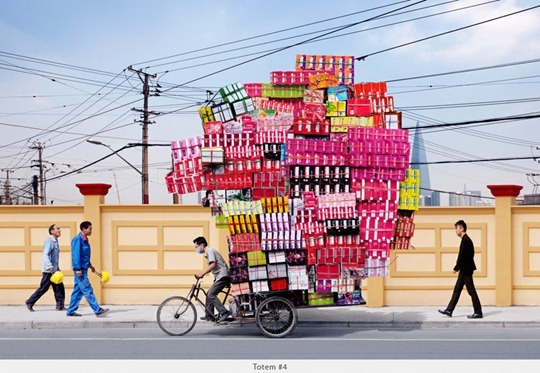