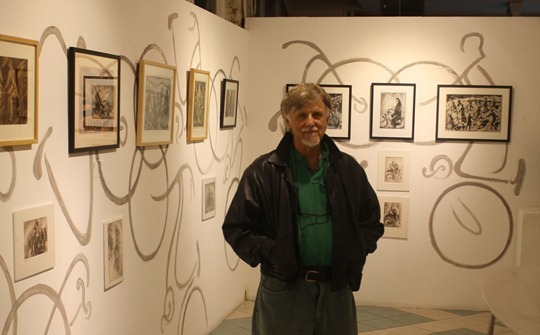 The Urban Country is holding its first contest, and you are invited to enter. Entering the contest to win a painting by the talented Michael Rubbo is as easy as mounting an upright bicycle.

All you have to do is send a photo of yourself or someone else on an upright bicycle to bicycle-art-contest@theurbancountry.com and on October 13th (3 weeks from today) one lucky reader of The Urban Country will win a painting of the winning photo.

A panel of judges will choose the most striking, engaging and intriguing photograph of a person riding an upright bicycle.

Through his upright bicycle art, Mr. Rubbo hopes to glamourize the simple act of riding a utility bicycle to encourage people to take to their pedals and start riding. The auto industry has done a great job of glamourizing car-driving, so Mike is striking back by showing, as he calls it, “beauty in utility”.

“I believe that the bicycle is a fantastic presentational device for the human body and so the figure is very important in my art, as is the story behind the art.”

“I feel art can add status and cachet to an activity, that the bike often has low status in relation to the car, so I hope good art can help change the balance.”

With his art on walls all over the world, he hopes it’ll have an impact.

After a successful career as a documentary filmmaker, Mr. Rubbo started a website in 2009 called “situp-cycle.com” where he promotes upright (or sit-up) bicycles in his home country Australia, where sit-up bicycles are oh so rare compared to the lycra racing culture that dominates that country.

In July he hosted his first bike art gallery in Sydney Australia called “Nothing But Bikes – Beauty in Utility” to promote utility bicycling on upright style bicycles. He worked day in and day out to fill the gallery with dozens of his own works of bike art.

Below is a shot of his home littered with his bike art as he prepared for the show: 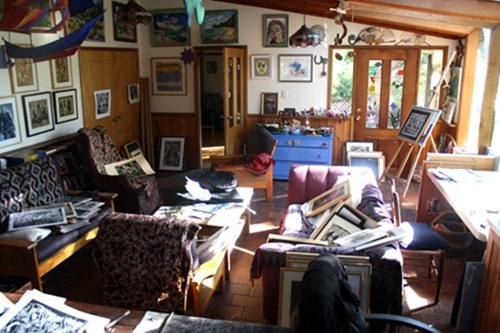 And the Tap Gallery in Sydney Australia where he showcased his art: 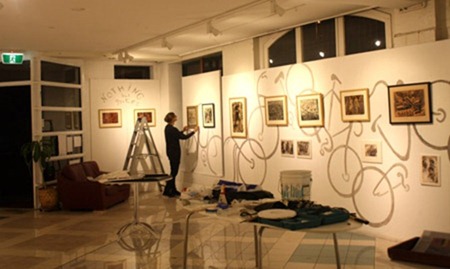 Mike’s latest project is his new website www.situp-bike-art.com. The website is his online art gallery – all of it his own work – in the form of rubbings, lino cuts and solar prints. It also includes a special section for circus bike art and nudes in bike art.

Each one of Mike’s bike art tells a story. The following sketch of yours truly tells the story about how I first met Mr. Rubbo in 2009: 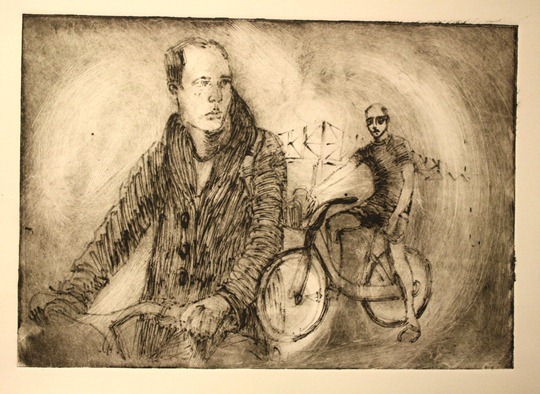 It all started in July 2009 when I paddled solo in a kayak from Toronto to Montreal. Upon arriving in Montreal, I quickly jumped on Montreal’s brand new “BIXI” public bike sharing system and tested it out over the next 4 days. The above self portrait was taken by myself on a BIXI bicycle in front of Montreal’s Jacques Cartier bridge.

A few months after returning from my trip I was watching a YouTube video on Mikael Colville-Andersen’s popular blog: Copenhagenize.com when I happened to see that photo of myself in front of the Jaques Cartier bridge suddenly appear.

I was a both surprised and curious, and so I contacted the maker of the video (Mr. Rubbo) and it turns out he had done a search for “BIXI Montreal” and stumbled upon my self portrait that I had posted in my Montreal BIXI article in July 2009. My photo was included in a video Mike posted on YouTube about bike sharing systems.

Mike and I have since enjoyed a relationship that he likes to call “progressives helping other progressives”. We both have our own skills and expertise and we help each other to achieve our own progressive goals (which are often very similar to each other’s).

Last month I posted a few photos of my daughter Sofia and my bike, and only a few days later Mike told me he loved the photos and decided to paint one: 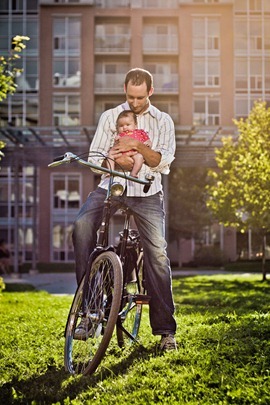 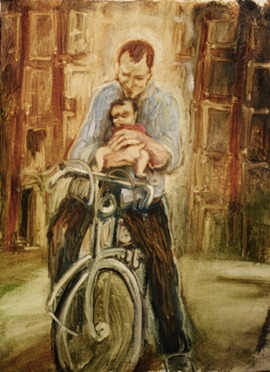 This painting captures a moment in time that is very special to me: my daughter Sofia’s first time being on my bicycle with me.

Mike has done paintings inspired by photos from all over the world. This next photo is of Serge Huercio, an artistic trick rider who travels the world and entertains people on his bicycle: 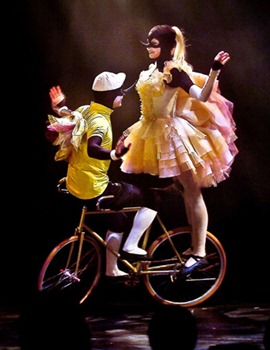 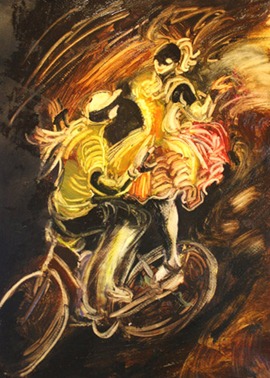 Another photo comes from the Auckland Cycle Chic blog. I really love how this one turned out: 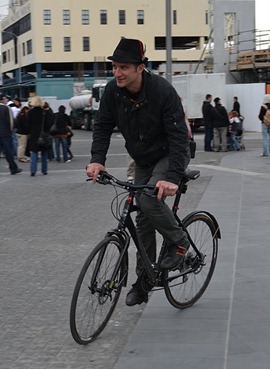 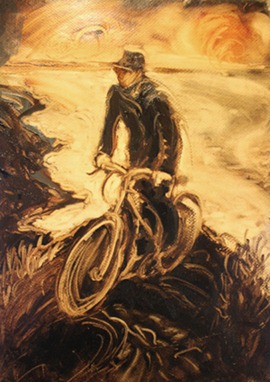 And finally, this painting comes from a photo on the Krakow Cycle Chic blog: 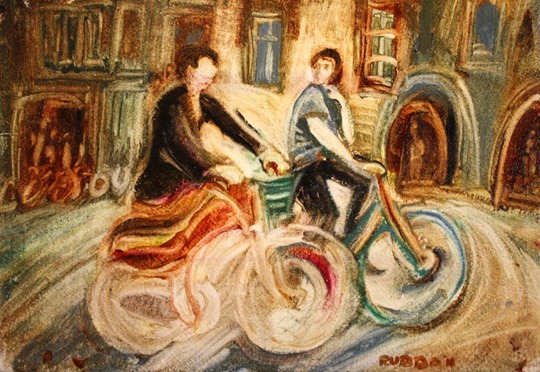 You too can have your own bicycle painting. All you have to do to enter is send a photo of a person riding an upright bicycle to: bicycle-art-contest@theurbancountry.com. If there is a story behind the photo, please feel free to share the details in the email.

The winning photo will be announced on October 13th, 2011 in an article on The Urban Country.

6 thoughts on “Contest: Win a Bike Painting By Mike Rubbo”