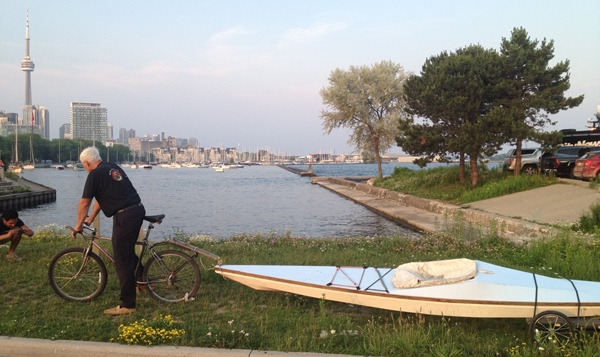 Despite the fact that Canada’s economy is largely built on debt, Canada is still no doubt a rich country. In rich countries where most people don’t need to worry about feeding themselves or putting  a roof over their heads, they look for hobbies to fill their time.

Hobbies are easy to come by here in Canada, but in our car-dominated society many of them involve motorized vehicles, which are costly to operate & maintain and only contribute to noise and air pollution, while using depleting non-renewable energy sources to provide power.

In May we showed that camping can be done without setting foot inside an automobile, and three years ago we showed that paddling 560km from Toronto to Montreal in a kayak can be a fun and rewarding life experience.

A couple days ago while walking our dogs, my friend Nariman and I met a fascinating 68-year-old man named Bob who paddles his kayak recreationally in nearby Lake Ontario. He keeps his home-made, self-built kayak in his back yard and pedals 6km down to the lake with his 16-foot kayak attached to the back of his bicycle.

The evening we met Bob, he had just finished eating dinner on Toronto island over a small fire.

Bob brings his laptop with him to the island so he can edit his upcoming radio programs for his weekly radio show on Aboriginal Voices Radio (106.5FM in Toronto). 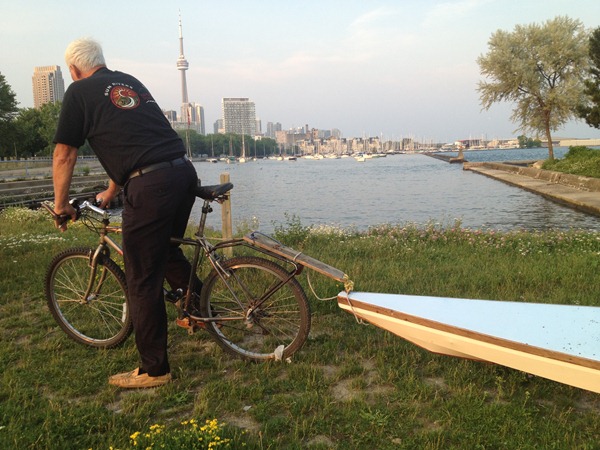 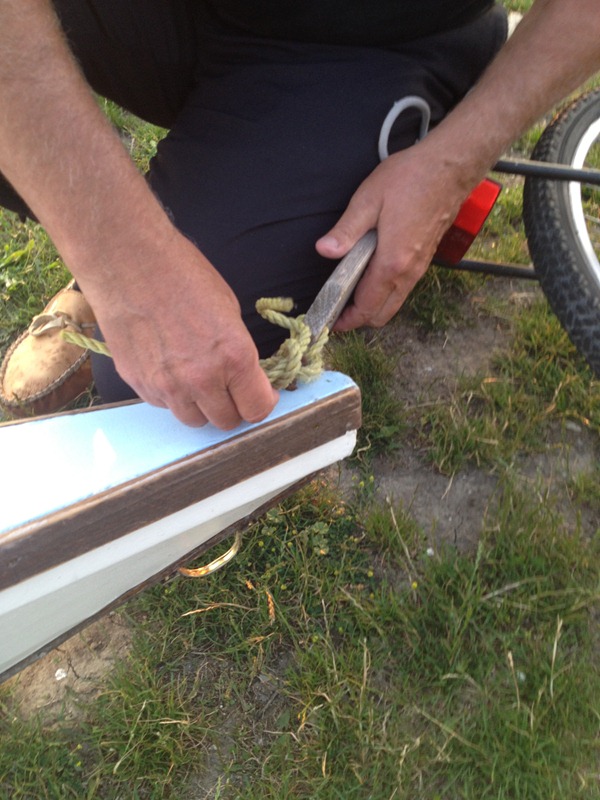 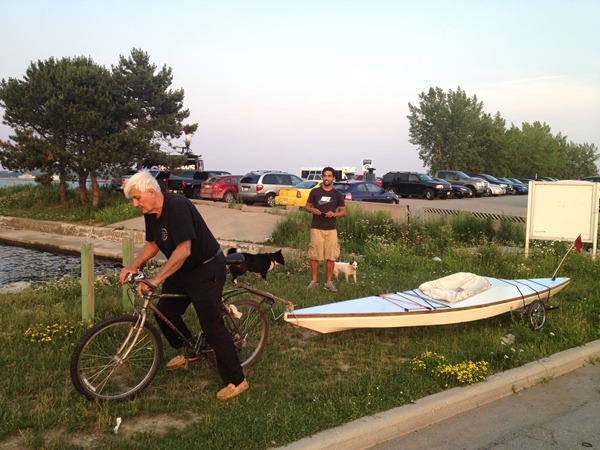 Bob is one of the few people in our consumerist-driven society who understands that the best things in life don’t cost a thing.

While we spoke to Bob, hundreds of drivers had been flowing in to the vast parking lots at Toronto’s Ontario Place in the background to attend a rock concert nearby. After parking their cars these drivers stood in a long line-up more than 20-people-long waiting to buy a parking ticket.

These same drivers who no doubt spent hundreds of dollars on their concert ticket and refreshments at the show likely sat in traffic congestion as they crawled their way home after the concert.

There is no doubt in my mind that Bob’s paddle on the water and dinner on the island was more enjoyable (and healthy) than the experience of those who attended the concert.

Bob has life figured out. You don’t need to buy heaps of material products to enjoy life.

But as Bob candidly points out, finding a partner who believes money can’t buy happiness is no easy task. Life requires some balance in this society of ours…