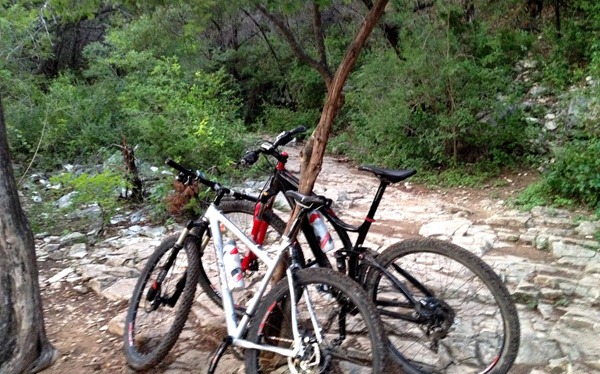 Austin, TX – In North America, bicycles are primarily viewed as recreational toys. They are racing machines, exercise devices, mountain climbers, and weekend cruisers. It is uncommon in most North American cities to see a significant amount of people in their regular clothes using a bicycle for their daily transportation (even though positive improvements are slowly being made in many cities).

Of course there is nothing wrong with viewing bicycles as recreational devices – they are indeed great for recreation, exercise and fun. However, the missed opportunity in America is how effective bicycles can be as utility transportation devices for our daily travels.

The Dutch and the Danes have it figured out and have shown how fun it can be to commute to work with a properly designed city and social acceptance of bicycles as a legitimate and accepted mode of transportation.

The momentum in America is beginning to shift towards seeing bicycles as a legitimate mode of transportation, but the masses still rely on motor vehicles for almost all trips.

While in Austin for work this week, I figured I might as well take the opportunity to enjoy some recreational bicycling while I’m down here.

On Tuesday evening an incredibly kind man by the name of Brian took me out for some mountain bike trail riding near downtown Austin. Brian lent me his spare full-suspension mountain bike and took me on a 19 mile ride through various terrain which at times required us to carry our bicycles through waist-high water.

Our intention was to take the trails towards downtown Austin to see President Obama while he was visiting Austin on Tuesday evening. 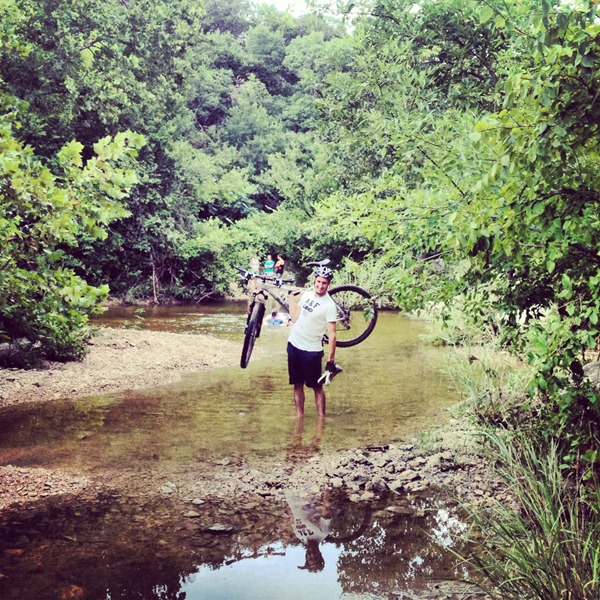 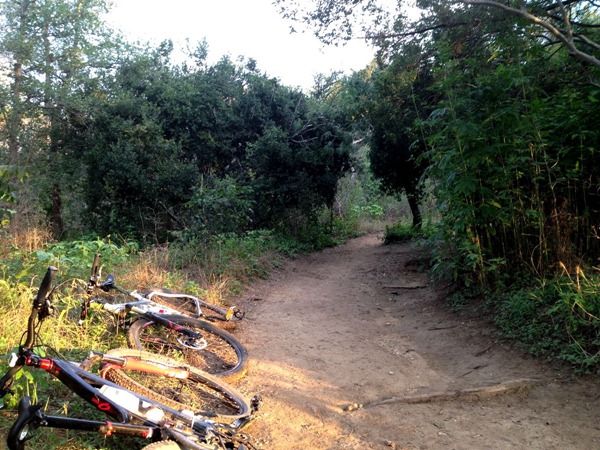 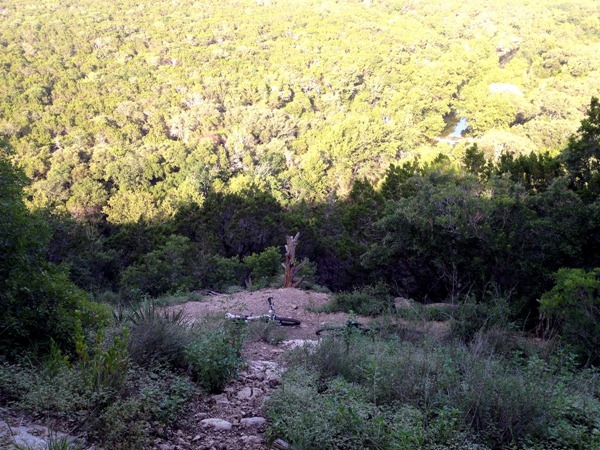 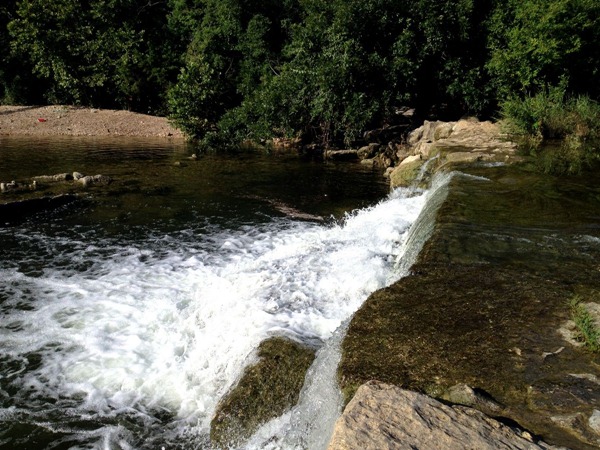 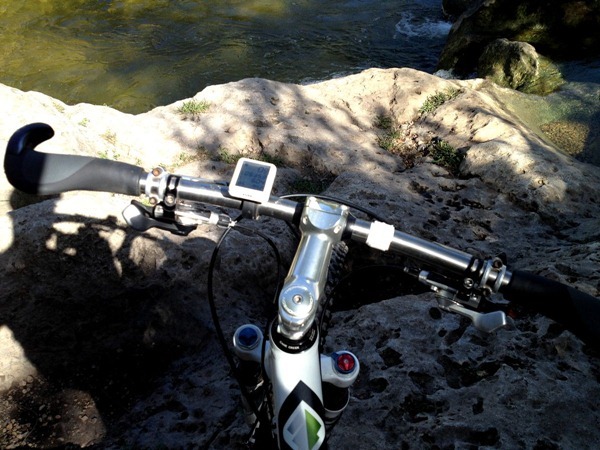 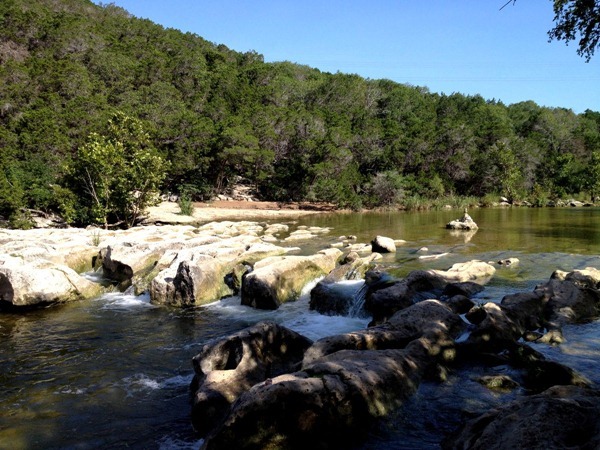 The trail varied from being a smooth dirt trail at times to very rocky, slippery and muddy at other times. I fell off the bike a couple times after encountering large rocks, but luckily I landed on my feet both times and didn’t crash on the ground.

It is common to see people in downtown Toronto using mountain bikes with full suspension and no fenders for their daily urban commutes. It seems a bit out of place to see these bicycles being used in the city, but I have a new appreciation for mountain bikes being used for what they were designed for – technical trail riding.

We were able to navigate very large rocks, riding down very steep rock slopes – landing on our front wheel without going over the handlebars – thanks to the front suspension. The suspension was also critical while navigation through piles of loose rock in order to stay balanced and keep the momentum moving.

The ride was thrilling as we rode fast along the smooth parts, and also challenging as we slowed to a crawl to climb the rocks and navigate through the more challenging terrain.

The smooth recreational trail continued along the river, passing through Barton Springs and crossing downtown Austin. We saw hundreds of other people enjoying these recreational trails and cooling down in the river along the way, but we weren’t able to get close to President Obama before being accosted by the police that were guarding the hotel while Obama was inside. 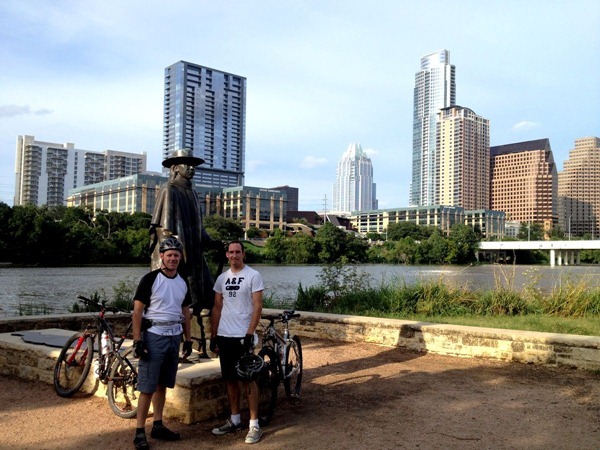 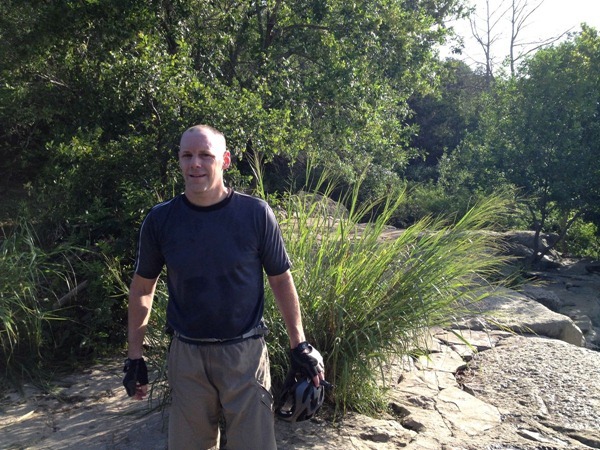 It is only a matter of time before utility bicycling returns to the masses in North America as it had in the late 19th century.

Perhaps some day visiting the Netherlands won’t seem so different and unique to us North Americans.

8 thoughts on “Recreational Bicycling in Texas”