Saved By The Wheel Lock 38 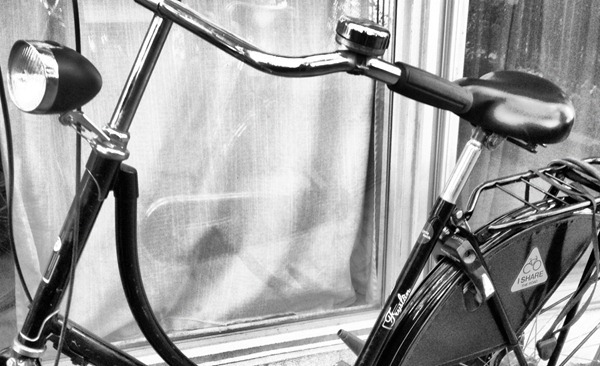 I returned to Toronto on Tuesday after spending my long weekend in New York City only to discover that somebody had tried to steal my Batavus Fryslan bicycle from my front patio.

I live in a ground-level loft on a busy arterial road in downtown Toronto and my bike sits on my patio not attached to a stationary object, so I suppose it was only a matter of time before someone tried to lift it (I bought the bike in November 2010).

The would-be thief/thieves seemingly tried to ride away on the bike, only to realize that the rear wheel was locked, so they naturally didn’t get very far.

The thief didn’t appear to be much of a scholar either because my neighbour’s bike was also targeted, but the thief unceremoniously ditched my neighbour’s bike on her patio after what appeared to be an unsuccessful attempt to lift the bike over the locked gate.

Perhaps deterred by the sheer weight of my heavy-duty Dutch bicycle, the thief decided not to carry the bicycle away, so they too ditched my Dutch bike on the sidewalk in front of my building.

My bike reportedly sat in front of the building for two days before my building Superintendent brought it inside and kept it safe for me until I returned from my trip.

Although the bike is fairly sturdy, it was not without damage. The rear wheel is kicked in and bent, and some spokes are broken, so it will at minimum require a new rear wheel.

Based on the evidence, I would venture a guess that the thief was probably drunk and looking for a cheap thrill, or perhaps he/she was just looking for a quick way to get home, knowing that bicycles are often the quickest & cheapest way to get around the city. 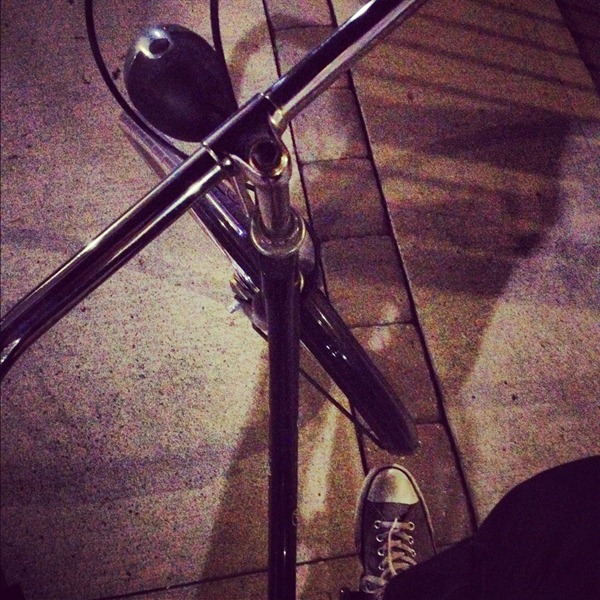 The trusty rear wheel locked saved my bike from – in all likelihood – ending up in a ditch or a river on the other side of the city.

I had always wanted to catch somebody trying to steal my bike with the wheel lock engaged. It would be amusing for me to watch his face at the moment he realizes that he won’t be able to ride away.

I imagine myself walking slowly up to the would-be thief and dangling the keys in his face with a smirk on my face, saying with a quiet, creepy voice, “looking for something?”.

The type of wheel lock that saved my bike is still quite uncommon in North America – which is a shame – because in my opinion it is the most useful and practical feature that exists on an urban bicycle. 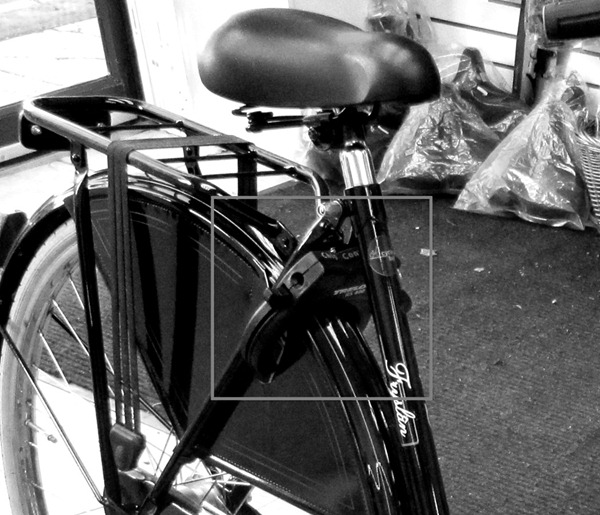 The way it works is that the key always stays in the wheel lock keyhole while the lock isn’t engaged and when you arrive at your destination, you park your bicycle, engage the wheel lock, take your key, and walk away.

You don’t need to spend any time trying to find a bike rack, a tree, or a pole to lock your bike to. It doesn’t get any more convenient than that.

Sure, somebody could throw your bike on the back of a pickup truck. But have you ever tried to lift up a Dutch bicycle? You might as well steal a Vespa or a Smart car; I’m fairly certain that two tiny men could lift up a Smart car, but I’ve seen two burly men pull their groins while trying to lift my Dutch bicycle before.

Just like keys and ignitions come standard in automobiles, rear wheel locks should be a standard feature on all non-sport bicycles.

If you would like to add a rear wheel lock to your existing bicycle, check out David Hembrow’s “Dutch Bike Bits” website.

38 thoughts on “Saved By The Wheel Lock”