The Chinese’ Ridiculous Aversion To Seatbelts 2 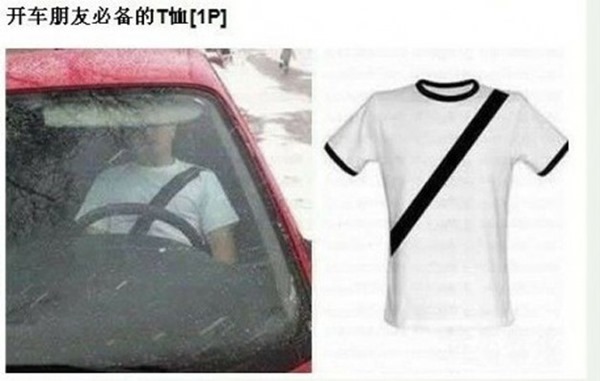 Despite China’s national seatbelt legislation coming into effect in 2004, seatbelts are still not widely used in China almost 10 years later. In fact, virtually nobody in China wears a seatbelt while travelling in the rear seat of an automobile.

This, despite the fact that somewhere between 68,000 and 220,000 people are killed on the roads in China each year.

Further, the Chinese go to absurd lengths to avoid wearing seatbelts. Many cars I saw while living in China had gadgets that slip into the front seat belt socket to prevent sounding the seatbelt warnings that come standard in most modern cars. 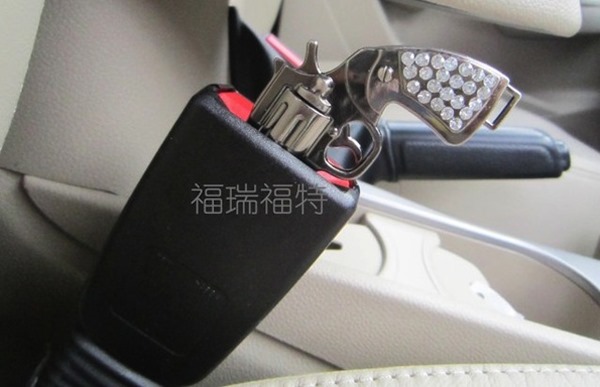 I have seen taxi drivers slip the seatbelt around their neck to make it look like they are wearing it (which would be neither comfortable nor safe).

But perhaps topping the list of absurd seatbelt aversion tactics is the “seatbelt t-shirt” (pictured at the top of this article). The shirt makes the driver appear to be wearing a seatbelt in order to avoid receiving fines from police.

On the back of these t-shirts, they should write “I might be brain dead and paralysed for life, but at least I averted that 50 Yuan fine”. 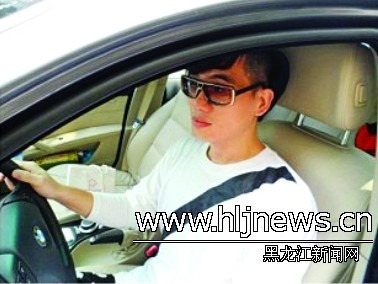 In 2007 I was the passenger in the back seat of a Volkswagen Golf taxi which, like most taxis in China, had no seatbelts in the rear seat. We were on a 4 hour driver at night time, and the driver appeared to be falling asleep behind the wheel.

The prospect of a head-on collision wasn’t very appealing to me with or without a seatbelt, but the lack of seatbelt certainly contributed to my anxiety.

Everyone else in the car was sleeping at the time (including the driver it seemed), so I made him pull over to a store to drink some Coca-Cola to help him stay awake and keep us alive, as we didn’t have a lot of other options while driving at night across the Chinese countryside.

Shanghaiist covered the issue of seatbelt aversion in China in a recent article with a lovely write-up by James Griffiths:

“As any seven year old knows, seatbelts are for dorks. Getting your face mangled in a crash, or slamming into the back of the person in front of you and giving them internal injuries, is just cooler. But what about that irritating beeping in modern vehicles designed to force you to wear a seatbelt? China has the answer.

Belt heads without the nasty, life-saving belt. Available on Taobao for under 10 yuan, these stylish clips get rid of the annoying beep without the unwanted side effect of preventing you from being flung through your windscreen.”

2 thoughts on “The Chinese’ Ridiculous Aversion To Seatbelts”