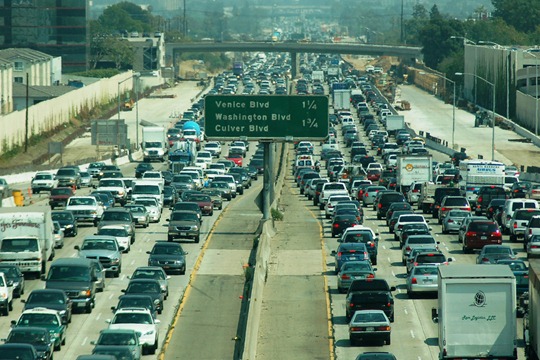 Skymeter has developed technology that can change the world as we know it. Does this small Toronto-based start-up have what it takes to penetrate a potentially mass market for congestion tolling?

Here in North America our transportation system is broken. People who seldom use our roads are subsidizing the costs for those who heavily use our roads – with little thanks to show for it.

In Canada there is little encouragement to drive less – because we don’t directly see the costs of our actions. This “all-you-can-eat-buffet” is not a sustainable approach if we care to reduce our greenhouse gas emissions and address gridlock.

Skymeter hopes to change all of this using enhanced satellite-based GPS technology. 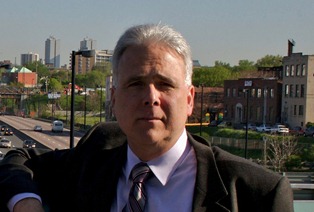 Last month, Skymeter founder and Chief Scientist Bern Grush became aware of my passion and grievances of cycling in Toronto and invited me to check out his product.

I dropped by Skymeter’s MaRS Centre office to see Grush’s invention and discuss how this device could benefit cyclists in Toronto.

When I suggested that Skymeter could be the next RIM (Research In Motion), VP of Business Development JD Hassan responded “we like to compare ourselves to RIM”.

If Skymeter has its way, it could experience a similar exponential growth that thrust RIM to be labelled as the fastest growing company in the world by Fortune Magazine this past August.

In the same way that RIM pioneered the business smart phone, Skymeter hopes to pioneer congestion road tolling using enhanced GPS technology – and they don’t plan to stop there.

They are also aiming to revolutionize the parking industry by using their satellite positioning device to pay for parking. Those awkward parking meter machines will become a thing of the past.

To further encourage widespread use of their device, they plan to partner with insurance companies to provide “pay-as-you-go” insurance that would cater to urban dwellers who own cars but drive infrequently.

The Skymeter device sits on the vehicle’s dashboard and uses enhanced GPS technology to determine the vehicle position before sending the total usage cost to a provider who would issue a bill each month. Tolling charges could be higher at peak times to further reduce rush-hour congestion.

If I parked in a lot for 3 hours at a rate of $1 per hour, the device would calculate the total cost, send it through a cellular signal to the data centre and I would see a $3 charge on my bill next month – all without requiring me to purchase a parking ticket.

Skymeter technology could also benefit sustainable transportation alternatives. Our public transit system in Toronto reminds me of General Motors these days – with its reliance on provincial and federal government “bailouts” to sustain its lifeline. And after 8 frustrating years, Toronto’s bike plan has only achieved 101KM of bike lanes out of the proposed 495KM – many of which were indiscriminately painted on suburban roads.

Road tolling and pay-as-you-go insurance would have the effect of encouraging people to drive less while at the same time raising funding for public transit and cycling infrastructure.

One might argue that the fuel tax and vehicle registration fees are a form of “user fees”, but the fuel tax will be futile when automobile electrification becomes mainstream – and the fuel tax is shrinking as automobiles become more fuel efficient.

If satellite tolling technology becomes widely used, we could abolish the fuel tax and vehicle registration fees and instead us a true “pay-as-you-go” model.

Speeding ticket led to the idea for Skymeter

The idea for Skymeter first came to Grush in 2002 after he received a speeding ticket:

“I imagined a device that was loaded with speeds by road segment that bleeped when I was going over by an enforceable margin. A private, automatic back-seat driver that would work even when my wife was not with me.”

Grush quickly realized that most people aren’t interested in having real-life back-seat drivers, let alone an automated back-seat driver. A couple weeks later he received a parking ticket after arriving a minute late to refill the parking meter:

“This parking ticket deeply set the idea that the way governments manage payment services for parking was wasteful and needlessly adversarial. It would take me another two years to find out how really abysmal the whole of parking management was – especially in North America.”

Grush’s research and development over the subsequent years led to the creation of Skymeter in 2006 when he brought on CEO Kamal Hassan to build the team and acquire capital investment.

The hard work is starting to pay off – Skymeter recently announced that it struck a deal with the City of Winnipeg to test its device to replace parking meters in Manitoba’s largest city. The story was featured on CBC’s The National and word is spreading quickly about this new technology.

Across the Atlantic, the Dutch are once again staying ahead of the pace – with a recent announcement that they plan to pursue a similar technology to charge for road-use across the entire country by 2012.

Perhaps Canada is finally ready to address traffic congestion, public transportation funding and the ineffective gas tax. All eyes will be on Winnipeg to see the results of its trial.