25% Of Motorists Hate Their Commute 6 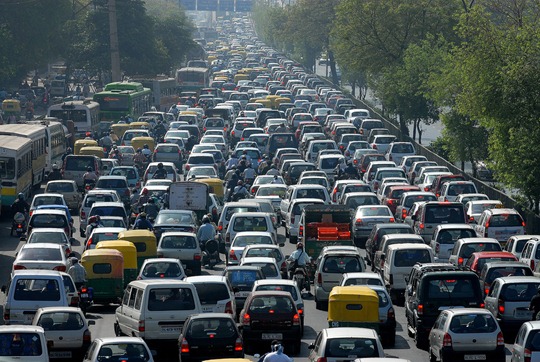 A Statistics Canada study found that 25% of drivers hate their daily commute to work. With increasing populations in many cities in North America, it’s no wonder motorists are frustrated.

But motorists are seemingly better off than transit users. According to the study, 34% of transit users hate their commute too.

Bicyclists on the other hand enjoy their commute more than all other modes of transportation surveyed.

This will not be a surprise to anyone who uses a bicycle for their daily transportation.

War on the car

There has been a lot of talk over the past couple days about the imaginary “war on the car” or the “war on the motorists” in the UK.

This is just a campaign of self-pity orchestrated by a small group of selfish entitled motorists who feel their way of life is threatened, and are trying to garner support for further support and subsidization of automobile driving.

George Monbiot points out that drivers have little to complain about:

What I see is that driving has become cheaper over the past three decades, while other forms of transport have become more expensive. That the space dedicated to cars – both on the roads and for parking – has expanded, often at the expense of other kinds of public space. There is precious little enforcement of either the speed limit or of other rules – such as parking on the pavement in residential areas. When someone is killed or injured as a result of careless driving, the penalties are tiny, if there is any punishment at all. As a result, motorists are able to take space – and even life – away from people pursuing other activities.

So how do we solve traffic congestion?

On the surface, it may seem logical that giving motorists more space will solve the issue, but induced demand theory (and reality) says otherwise. 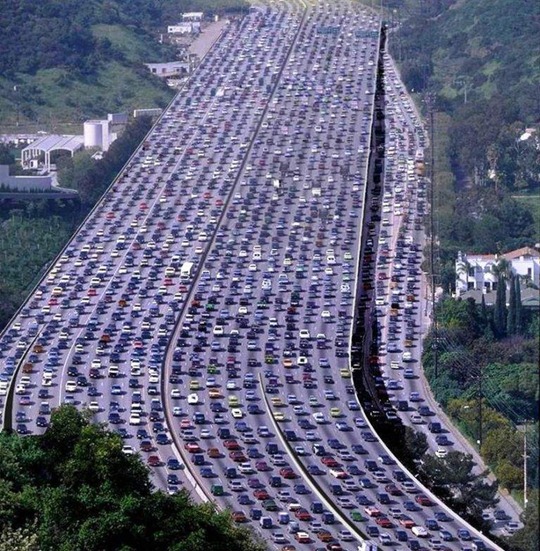 The solution to traffic congestion is twofold. First, putting a price on driving via congestion charges will keep automobiles flowing and can completely eliminate traffic congestion (if priced properly) – while at the same time raising funds to build better alternatives.

Congestion pricing can be adjusted to match the demand, so you could for example charge more at rush hour and less (or nothing) outside of rush hour.

Secondly, we need smarter alternatives that ideally use less space, no fossil fuels, and can help keep us healthy (e.g. the bicycle).

Bicycles have certainly been the most enjoyable, efficient, and pragmatic mode of transport for myself.

Bicycling helps relieve stress after a long day at work, and as long as I don’t encounter angry, frustrated motorists, my commute is generally a positive, happy experience.

I know my fun “You’re Welcome Mr. Motorist” article isn’t going to win any points with motorists, but it’s indisputable that having more people on bicycles helps reduce traffic congestion for motorists – even if a small amount of road space is given exclusively to bicyclists.

If you don’t believe me, I urge you to travel to China (or most other developing countries) and imagine everyone on a bicycle or scooter was in the driver’s seat of an automobile.

It’s simple physics. There isn’t enough space for everyone to drive automobiles. 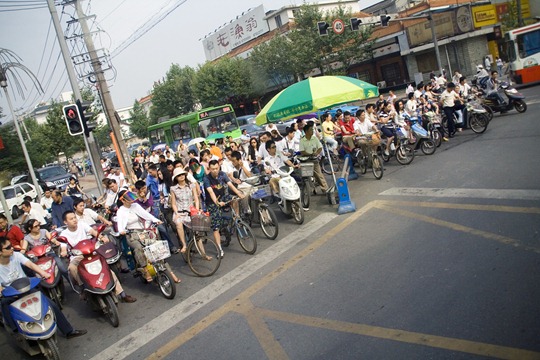 If there is or ever was such thing as a war on motorists, it is fought by motorists, and it’s fought against other motorists. It’s a war for space.

Unfortunately, both sides are losing to each other. It’s just more convenient for them to blame it on everyone else.

6 thoughts on “25% Of Motorists Hate Their Commute”