Confessions Of A Bad Driver 27 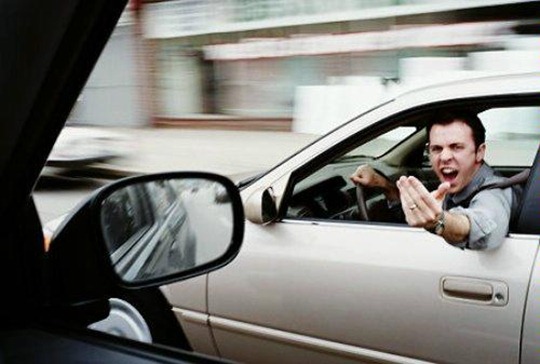 I grew up in a car-dependent town, in a car-crazed family, within a car-addicted culture. It’s no wonder that I first learned to drive at 12-years-old and had already owned 2 cars before I turned 16 years old (the legal age to drive).

As such, I often drove faster and more dangerously than I should have. I would often get enraged at other drivers or angry at traffic congestion.

This is how our society conditions us. The media confirms our preconceptions by blaming someone other than ourselves. Our grievances are reinforced over and over again, and there is always a villain, but it’s never us.

Traffic congestion is always somebody else’s fault: It’s the construction, the traffic signals, streetcars, cyclists or the bike lanes that create traffic congestion. We aren’t conditioned to accept blame ourselves even though it’s me sitting all by myself in a car causing congestion while driving on a road that allows me to drive on it as often as I want at no cost.

One day in 2005 I was late for a wedding and I was enraged at the traffic congestion surrounding me. A friend was in the car with me and she told me that there was no point in getting worked up about it. Getting angry isn’t going to cause the traffic to disappear. “You might as well just stay calm and enjoy the ride. We’re going to be late either way, so you might as well be in a good mood than angry.”

That always stuck with me. My perspective had already been evolving after moving to Toronto in 2002 and using a bicycle to get around the city, but my views on road rage changed after this brief conversation.

Duncan from the BikingToronto blog “Duncan’s City Ride” had his epiphany in 2009. Duncan explains it in a post entitled “Changing My Point of View” which was posted in March 2011:

I’ve recently realized that I was a bad driver.

In the one fender bender I was involved in it was everyone else’s fault but my own. The other driver braked too hard, the road was icy, the light was still yellow. Now I realize that I was traveling too fast for the conditions, that I was following too close and that I had no right to proceed through a yellow light without slowing down.

But it has taken me a very long time to come to this realization. It has taken a combination of no longer driving cars and reading about the way we behave in cars to come to the conclusion that I was a bad driver. But I was actively looking for reasons why my car made me miserable. It wasn’t just the price of gas and constant maintenance costs. It wasn’t just the insurance charges I felt too were too high, after all I thought I was a good driver. There was an underlying issue here and thankfully more and more people are studying why our cars can change perfectly decent people into rage-aholics.

For Duncan, riding a bicycle was the primary trigger for his coming to the realization that he acted unreasonably behind the wheel of his car.

Those of us who ride bicycles on the streets every day see that anger and unreasonableness that permeates our culture. Drivers are constantly angry, and the media cashes in on drivers’ grievances by reinforcing the belief that drivers have been hard done by which perpetuates road rage even more.

Duncan also points out that the anonymity of hiding behind the glass and steel causes drivers to say and do things that they otherwise wouldn’t do in a normal civilized society.

Tom Vanderbilt explains it as the “online disinhibition effect”:

“Then there’s the anonymity in traffic – there’s no one to spread rumors or gossip about you about how bad your behavior was — not to mention the lack of consequences for acting like an idiot. It’s all strikingly similar to the way we act on the internet, in what’s called the “online disinhibition effect.””

I read an apt analogy about road rage a while back, but I can’t figure out where I read it. I have a feeling it was penned by Jeff Mapes in his 2009 book “Pedaling Revolution”, but I can’t seem to find it in there. Nonetheless, it went something like this:

When a driver gets angry at a cyclist for “slowing him down” and yells profanities and/or passes dangerously close just to make a point, it’s like someone standing in the checkout line at a grocery store and screaming profanities at a little old lady because she is taking too long to retrieve the money from her purse to pay for her groceries.

In other words, we do things behind the wheels of our cars that would be socially unacceptable anywhere outside of a car.

It’s about time we acknowledge this as a societal issue, accept some blame, and start to view this behaviour as unacceptable behind the steel and glass.

27 thoughts on “Confessions Of A Bad Driver”