Rural Bike Infrastructure in the Netherlands 23 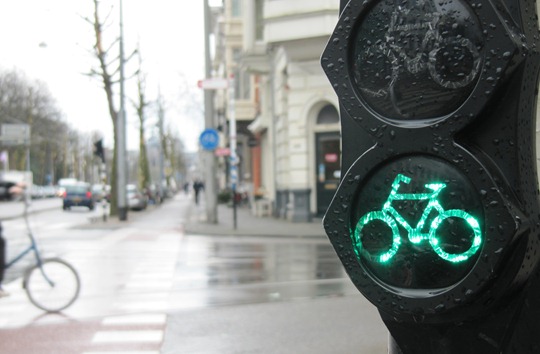 It is 1:00PM and the train is stopped at a station in a northern Belgian town. The train will be leaving one minute later than its scheduled departure time so that the passengers can have a minute of silence to pay their respects and condolences to the 22 children who died just a few days prior in a terrible bus tragedy.

As the train rolls across the Belgian countryside, I suddenly notice a drastic change in scenery. Out of nowhere, I begin to see red-asphalt bike lanes appearing everywhere, and people in regular clothes riding their bikes.

No helmets, no lycra, no sporty gear.

Instead of lonely country roads standing on their own, I now see bike paths alongside them, and people on bikes are actually using those paths. Then there is the vast farm-land with cows in the pastures with bike lanes passing nearby. Cows and bike paths, an interesting combination.

As the scenery turns from rural to urban, I see train stations packed full of bicycles. Some of these bicycle parking lots stretch longer than 100 metres, while others stack bicycles up several levels high. 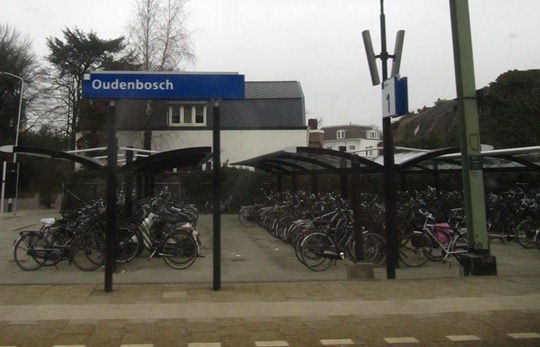 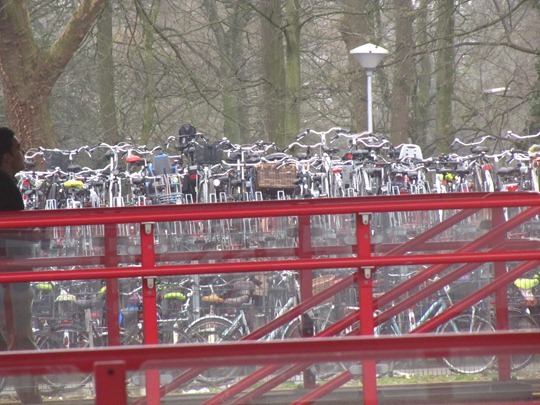 Along the way I also notice underpasses built specifically for bicycles that run beneath the train tracks. This is one small measure that helps ensure bicycles are the most convenient mode of transportation in the Netherlands: 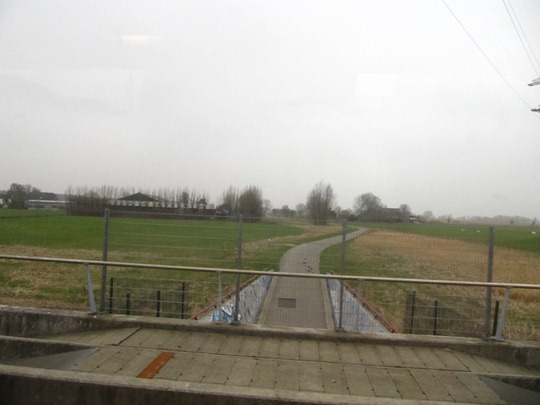 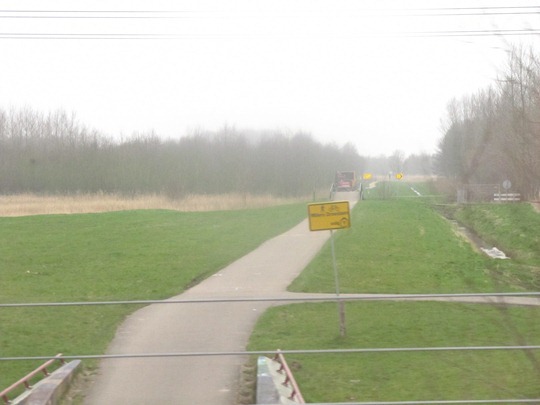 Where tunnels don’t exist, bicyclists are provided with their own dedicated surface level crossings: 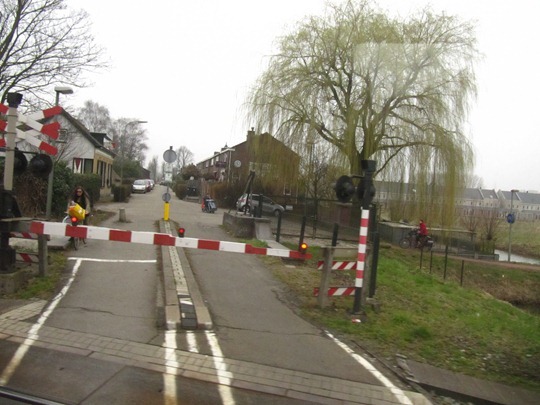 As the train arrives at Amsterdam Central station and I subsequently leave the train station, I see bicycles everywhere. There are elderly men, young women, children, and everything in between – riding throughout the city.

Cargo bikes with small children merrily traveling with their parents, children under 10 years old riding on their own bikes alongside their mum and dad. Dozens of families picking up their kids at school on their bicycles and socializing with their friends and children on their journey home.

Amsterdam certainly is the cream of the crop for bicycle transportation.

Now if only I could convince people in my home country that a trip across the city can indeed be enjoyable and absent from traffic congestion. Good bicycle infrastructure is the first step to making our cities more enjoyable cities to live and visit.

23 thoughts on “Rural Bike Infrastructure in the Netherlands”