Bicycles Are For People Who Can’t Be Late 12 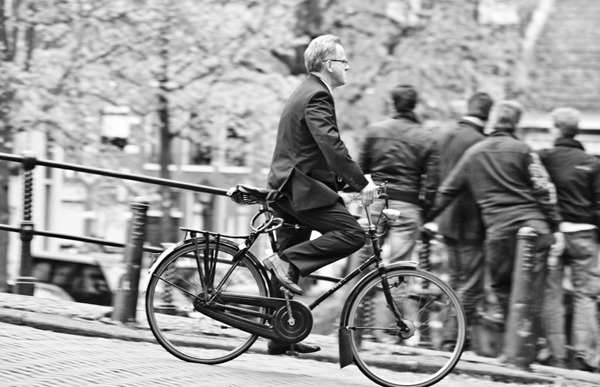 On Tuesday I had a client meeting downtown Toronto at 3PM. The client office is 3.5km from my home. By bicycle, I would normally leave my home 15-20 minutes before the meeting, and I would seldom need to worry about being late.

This time I opted to take public transit, since my primary bicycle was taken from me two weeks ago after I foolishly left it overnight on a busy street with only the rear wheel lock engaged.

So I gave myself a bit extra time – leaving home at 2:30PM – a full 30 minutes before my meeting. Two streetcars passed by me, but both were short turning just a couple blocks down the street. By now it was 2:45PM and I was still standing at the streetcar stop without a streetcar in sight.

Since there were no bike share stations nearby I decided the only way I was going to make this meeting on time is if I took a taxi. So I jumped in the first taxi I saw and arrived at the meeting 13 minutes later at a cost of $13.75 (plus tip), with a couple minutes to spare before my meeting.

Contrast Tuesday’s meeting with today. I had a meeting at 9:30AM this morning at an office 5.5km from my home. This time I pulled out my large cargo bike because I didn’t want a repeat of Tuesday.

This made me realize that in this city – and many other cities of similar size – there are only two reliable methods of transportation that can consistently transport you to a meeting on-time: Bicycling and Walking.

Walking is normally only feasible for shorter distances, so it limits the radius in which you can reasonably travel.

Thus, bicycling is the only method of transportation available for people who can’t afford to be late. Other modes of transportation will most likely get you to your destination, but not in a consistent and predictable fashion.