Cowboys Stadium: Everything is Bigger in Texas 5 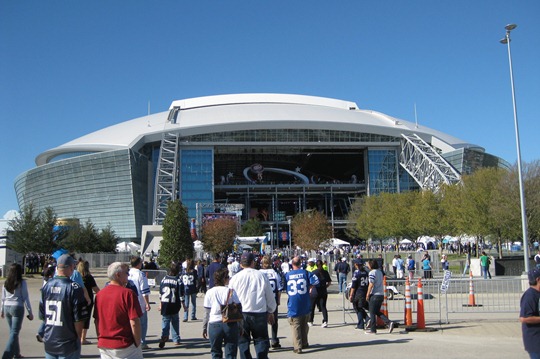 Yesterday I attended a Dallas Cowboys football game at the new Cowboys Stadium in Arlington, Texas.

I am by no means a football fan, nor would I have attended this game under any other circumstance than the fact that my father is turning 60 years old and he has never seen the Cowboys play in Dallas (he has been a Cowboys fan since he was a kid).

Walking into a venue like Cowboys stadium brings me mixed feelings. On one hand it is amazing architecture, it’s very high-tech, and has some amazing features that really brings the outdoors in (large windows, open sections, retractable roof, high ceilings, etc.)

On the other hand the $1.2 billion dollar stadium requires a massive amount of the earth’s resources to construct and an exorbitant amount of energy to to operate. 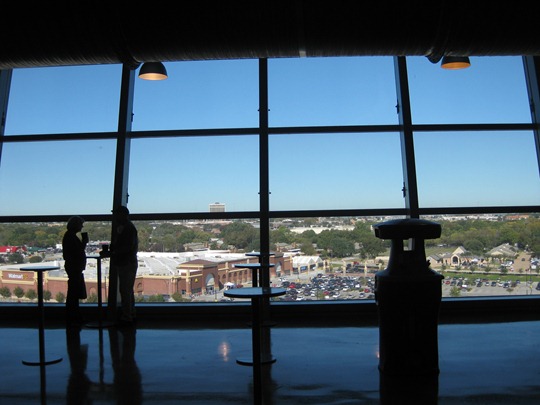 As the saying goes, “everything is bigger in Texas” – and they mean it. On Saturday night we visited the “world’s largest Honky Tonk”, a 127,000 square ft venue in Fort Worth Texas featuring multiple concert stages, professional bull riding, billiards, casino, line dancing, and more. 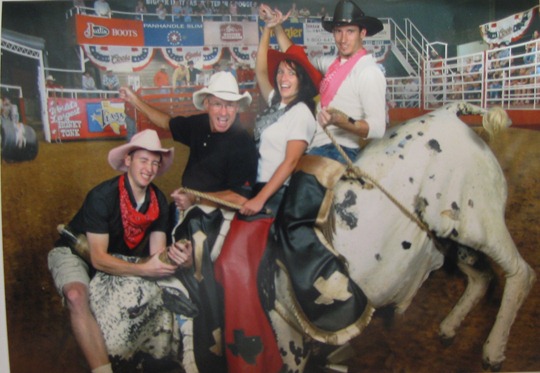 The video screen is 160 feet wide by 72 feet high and consists of 10,584,064 LED lights, consuming 635,000 watts. It provides a 1080P resolution – though the screen may seem even sharper than 1080P because of Diamon Vision’s “Dynamic Pixel” technology which smoothens out the picture between pixel clusters. Guinness World Records certifies the screen as the “World’s Largest High-Definition Video Display”.

Here are some photos of the screen to give you some perspective (though it seems much larger in real life than in the photos): 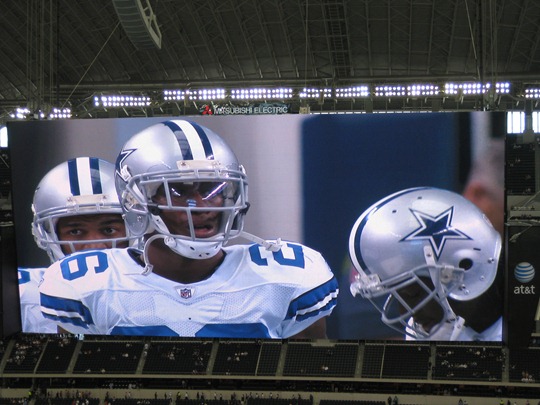 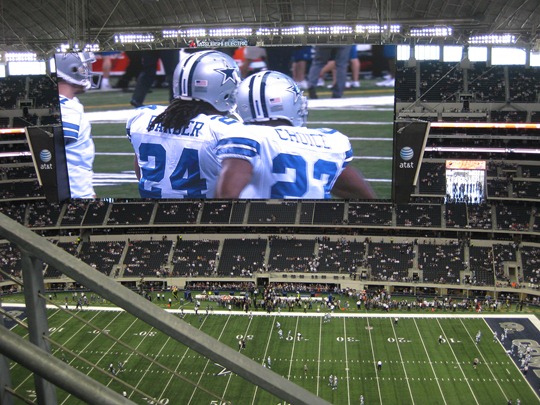 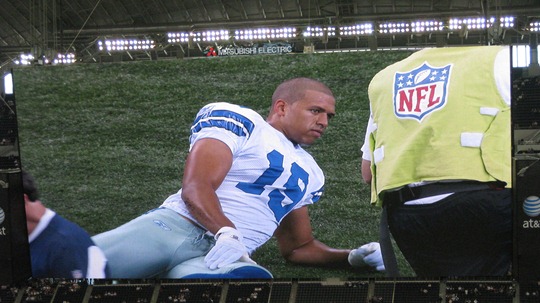 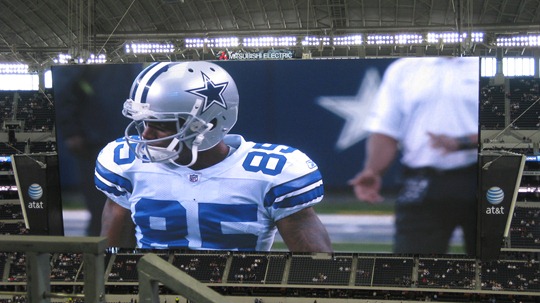 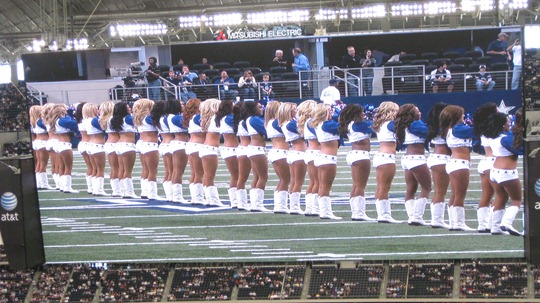 … and here’s a video I quickly stitched together of some video clips I took to provide you a quick tour of the stadium:

Is it really worth the impact it has on the earth simply to watch a sporting event? Was the old stadium no longer effective? Did they really need to build a new stadium and tear down the old one? Is a 60-yard dual-sided video screen really necessary?

These are the thoughts going through my mind while attending such an extravagant venue. To football fans the impact on the earth doesn’t matter because for them football is bigger than life. There’s no way you can argue anything to the contrary.

To my Dad, this was the best day of his life – a dream come true. Fifty years of his life as a Cowboys fan flashed before his eyes as he entered Cowboys stadium. How can I possibly criticize something so close to his heart just because I hold a different view? 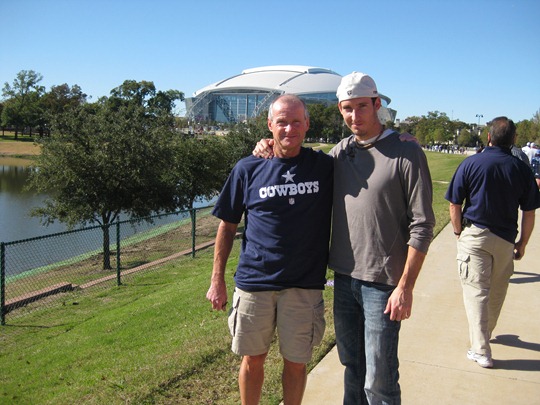 To me, I can’t help but be amazed by the stadium and in particular the video screen, but I have a hard time accepting this as something positive in our society. So-called “progress” is only an excuse for people to consume more, leaving a trail of destruction along the way.

I am constantly assessing my needs versus my wants and I could never see myself spending my time watching sports for any other reason than to spend time with family or friends. I would prefer to play a sport than watch it on TV or attend a game.

This may seem idealistic. I can assure you that life would be simpler for me if I viewed things differently – I wouldn’t be in a constant internal battle between accepting society as it is versus speaking out when I feel something isn’t right.

I would rather walk through a park or ride a bike or paddle a kayak or read a book or throw a Frisbee or talk politics than watch any kind of sporting event whatsoever. 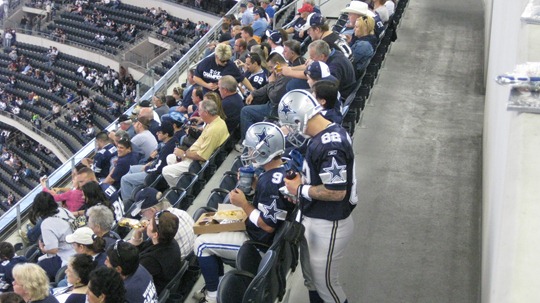 But it’s hard for me to rationalize something that I’m not passionate about. Football is to my father as biking or kayaking is to me. Watching a tear stream down my father’s face when he entered the stadium is enough to tell the other side of the story – it’s 50 years of his life – 50 years of memories, of ups and downs.

What more could I ask for this weekend than a happy father spending a weekend with his 3 children watching his favourite football team in their home city? Not much.

5 thoughts on “Cowboys Stadium: Everything is Bigger in Texas”