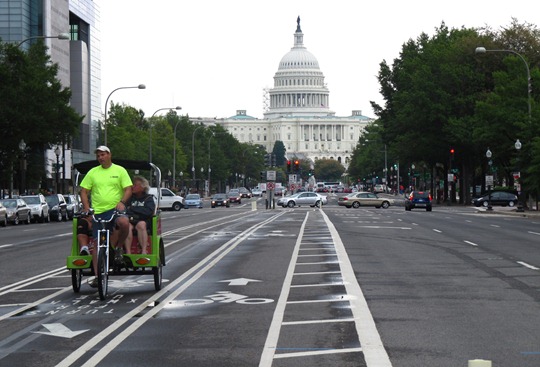 Washington DC resident and filmographer Monica Gray asks fellow bicyclists what’s hard about biking in Washington DC during the 2010 DC Tweed ride. In many ways, the answers could have come from any city in North America:

“Drivers are inattentive, and always in a hurry to get somewhere. If people slowed down a little bit more, I think it would be better for everybody.”

“They (drivers) say get onto the sidewalk, but it’s illegal for me to be on the sidewalk”

Our photographer friend and fellow activist Bill over at District Citizen Cycling also shared some great photos from the Tweed ride “after party”.

What’s hard about biking in [your city]?

6 thoughts on “What’s Hard About Biking in Washington DC?”